Minsk — There have been 21 days of non-stop protests in Belarus, where people are standing up against their strongman leader President Alexander Lukashenko. But he insists that he’s not going anywhere.

On display Sunday was the first major demonstration since Russian President Vladimir Putin said last week that he would send in security forces “if necessary.”

Never have protesters in Belarus been so bold. And never has their president been so vulnerable. Lukashenko sparked unprecedented outrage after claiming a landslide victory in elections widely seen as rigged.

His response has been both savage — and unhinged.

Last week he flew above protesters in his helicopter, called them rats, then descended brandishing an assault rifle. 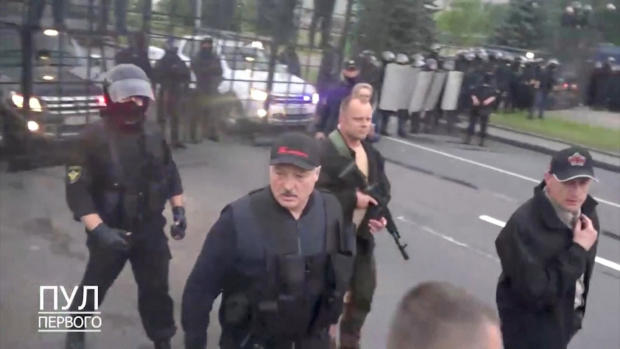 And again on Sunday he was seen wearing a bullet-proof vest, AK-47 in hand.

None of it enough to frighten away a march of women — the driving force of this movement — seen overpowering riot police on Saturday or protesters a day later. Police say they arrested more than 120 of them.

They also rounded up the press as well, stripping reporters of their accreditation leading up to Sunday, which happens to be the president’s 66th birthday.

Tens of thousands of people have come to crash that party, including journalists. If he knew they were filming right now, he could have them detained, deported or worse. 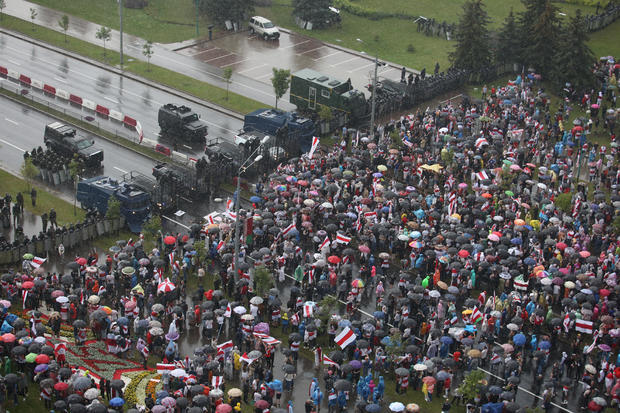 Opposition supporters take part in a rally against presidential election results near the Independence Palace in Minsk, Belarus, on Sunday, August 30, 2020. Handout / Tut.By via Reuters

Just a desperate sign of Lukashenko’s fleeting grip on power after 26 years in office, protesters say.

The protests have been incredible displays of resistance. There’s been no sign of violence, no sign of Russian troops and also no sign of demonstrators letting up any time soon.