A 25-year-old man living in Nevada is thought to be the first confirmed case of COVID-19 reinfection in North America.

The patient was infected with two variants of the virus SARS-CoV-2, which causes COVID-19, within a 48-day timeframe, according to details published in The Lancet Infectious Diseases.

In between both infections, he tested negative for the virus, according to his case report. When he caught COVID-19 again, his symptoms were more severe and he ended up in hospital needing oxygen support.

There are two concerns raised by the case report. The first is that we now know a second infection can occur within a short timeframe and can be more severe.

The second is that such findings indicate that exposure to COVID-19 may not translate to guaranteed total immunity. That said, further research is needed to determine how common an occurrence this is. 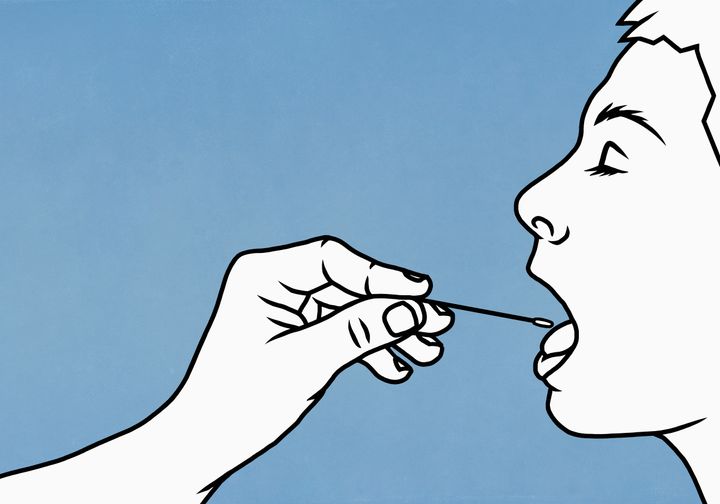 A timeline of the patient’s illness

In April 2020, the man, from Washoe County, tested positive for SARS-CoV-2 after turning up to a community testing event with a sore throat, cough, headache, nausea, and diarrhoea. His symptoms had started March 25.

He had no known immune disorders or underlying conditions. During isolation, the patient’s symptoms resolved and he continued to feel well until May 28.

On May 31, the man sought help at an urgent care centre with self-reported fever, headache, dizziness, cough, nausea, and diarrhea. Chest radiography was done and he was discharged home.

Five days later, on June 5, he presented to a primary care doctor where he was found to have low levels of oxygen in his body, and was struggling with shortness of breath. He was sent to the hospital and tested positive for a second time.

The patient has since been discharged from the hospital and has recovered from the second infection.

The genomes of the patient’s virus samples were sequenced in April and June, displaying significant genetic differences between the two cases, implying the patient was infected twice by two distinct SARS-CoV-2 infections.

What does it all mean?

Lead researcher Mark Pandori, from the Nevada State Public Health Laboratory, located at the University of Nevada, pointed out that there are still “many unknowns” about SARS-CoV-2 infections and the immune system’s response.

“But our findings signal that a previous SARS-CoV-2 infection may not necessarily protect against future infection,” he warned. “It is important to note this is a singular finding and does not provide generalisability of this phenomenon.”

He pointed out the need for more research in this area, but in the meantime said the “possibility of reinfections could have significant implications for our understanding of COVID-19 immunity, especially in the absence of an effective vaccine”.

The findings also reinforce the need to take extra care to avoid contracting the virus. He urged people who have previously had COVID-19 “to take serious precautions when it comes to the virus, including social distancing, wearing face masks, and hand-washing.”

At least four other reinfection cases have been confirmed globally in Belgium, the Netherlands, Hong Kong and Ecuador. However, only the Ecuador reinfection case displayed worse disease outcomes than the first infection.

The world’s first official case of COVID-19 reinfection was confirmed in Hong Kong in August. Researchers at the University of Hong Kong’s (HKU) department of microbiology said the “apparently young and healthy patient” had a second episode of COVID-19 infection, which was diagnosed four and a half months after the first.

The second time, he had no symptoms and his infection was only picked up because of screening tests at Hong Kong airport. Genetic sequencing of the virus later showed he had been infected twice by different strains of COVID-19.

“We need more research to understand how long immunity may last for people exposed to SARS-CoV-2 and why some of these second infections, while rare, are presenting as more severe,” Pandori said.

“So far, we’ve only seen a handful of reinfection cases, but that doesn’t mean there aren’t more, especially as many cases of COVID-19 are asymptomatic. Right now, we can only speculate about the cause of reinfection.”

A HuffPost Guide To Coronavirus

Everyone deserves accurate information about COVID-19. Support journalism without a paywall — and keep it free for everyone — by becoming a HuffPost member today.