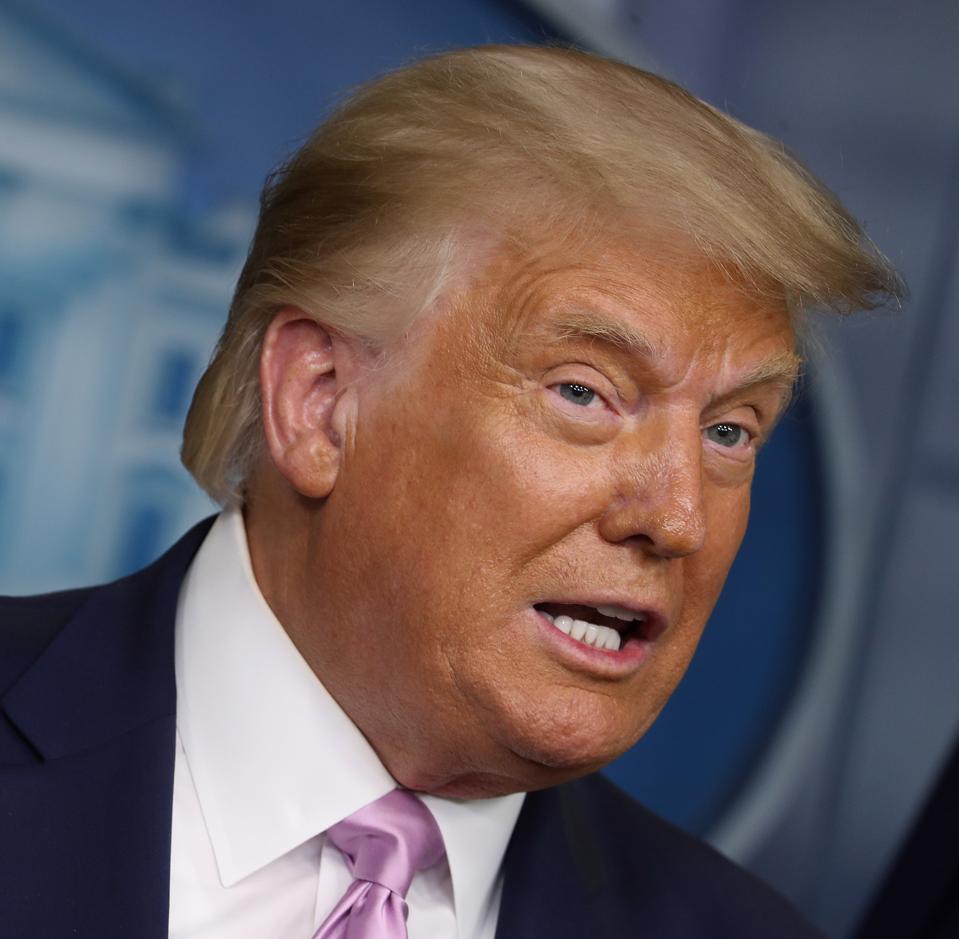 3 states are taking full advantage of President Trump’s unemployment benefit memorandum. They will … [+] start to pay unemployed workers $400 per week, which includes a $300 federal contribution and a $100 state match. One state, North Carolina, is still in flux about whether it will pay the state match.

States have started to mobilize and submit applications to FEMA for the enhanced federal unemployment benefits approved by President Trump on August 8. Initial confusion about the mechanics of the program was partly mitigated by guidance issued by FEMA, which clarified the structure of the program and confirmed that states would not be required to chip in an additional $100 to secure $300 in federal funds. Most states that are seeking FEMA funding have said they will not pay unemployed workers an optional state match of $100; however, three states have indicated they will provide an extra $100, meaning that their unemployed workers will start receiving $400 each week.

With Congress at an impasse over the next coronavirus stimulus package, President Trump signed four executive directives on August 8, including one to provide enhanced unemployment benefits to 30 million Americans. The unemployment benefits memorandum issued by President Trump called for the federal government to cover 75 percent of a new $400 weekly benefit and for states to use money from their Coronavirus Relief Fund (CRF) or other programs to cover the rest. As The Washington Post noted, “that was interpreted by many states to mean that they would have to provide an additional $100 per week for their residents to qualify for the benefit.”

President Trump’s verbatim comments from his press conference reinforced this interpretation. He remarked, “I’m taking action to provide an additional or an extra $400 per week in expanded benefits: $400. Okay?” “States will be asked to cover 25 percent of the cost using existing funding, such as the tens of billions of dollars available to them through the Coronavirus Relief Fund. Under this plan, states will be able to offer greater benefits if they so choose, and the federal government will cover 75 percent of the cost. So we’re all set up. It’s $400 per week,” he added.

Almost immediately, there was bipartisan outrage from state leaders about their required incremental contributions. State budget shortfalls are projected to reach $555 billion, according to the Center on Budget and Policy Priorities, and many claimed that funding an additional $100 was impossible. As a result, White House officials began to tweak the directive issued by Trump. Most significantly, it walked back the mandate for states to contribute an extra $100 in order for the federal government to provide the $300 in federal unemployment benefits.

This change was announced via a letter from the Department of Labor, which provided guidance to states on how the Lost Wages Assistance program would work. The letter confirmed that states were relieved of the obligation to provide an incremental $100 in unemployment benefits in order to receive the $300 federal contribution. “States may count funds that are already used to provide regular state UI payments toward the state match, if they choose to do so, eligible claimants will receive a LWA payment of $300 from the Federal Government in addition to their weekly benefit amount,” the letter stated.

Despite additional clarity on the program, states’ responses have varied dramatically.

A few states, like South Dakota and New York, have declined to participate, turning down extra federal unemployment benefits for their unemployed workers. South Dakota Governor Noem issued a statement late last week declining to participate in the Lost Wages Program. “My administration is very grateful for the additional flexibility that this effort would have provided, but South Dakota is in the fortunate position of not needing to accept it,” she said. “South Dakota’s economy, having never been shut down, has recovered nearly 80% of our job losses.”

Others Have Already Submitted Applications And Received Approval

Other states mobilized quickly to submit applications to FEMA. As of this morning, nine states have received approval from FEMA with Arizona starting to pay out extra benefits on August 17th. [For the latest state-by-state updates, please reference the table in this article from Forbes’ Rob Berger.]

Most states that have submitted applications signaled that they will not provide an additional $100 to unemployed workers, meaning eligible claimants will only receive the $300 in federal funds each week. However, three states so far have decided to match the federal funds, while one state’s payout is in flux.

Montana was the eighth state to receive approval for the enhanced unemployment benefits. It plans to pay the incremental $100 weekly state benefit from the $1.25 billion it received as part of an allotment received from the CARES Act. Montana’s average unemployment state benefit was $341. With the full enhancement contribution, unemployment payments will range between $560 to $950, according to the Associated Press.

West Virginia also plans to contribute $100 and pay unemployed workers the full $400 weekly benefit. “West Virginia’s gonna pay it,” Governor Jim Justice said. “We’re going to pay it and very willingly we’re going to pay it.” West Virginia is considering using its CARES Act allotment, also $1.25 billion, for the incremental payment. Governor Justice indicated paying the $100 per week benefit would cost the state $26 million each week. “At the end of the day, we’ll figure it out,” he said.

On Wednesday, Kentucky Governor Andy Beshear announced his intention to submit an application for the full $400 a week payment. “While there is still some uncertainty in this new program, it is just too important to get these dollars to our families,” he told reporters. Kentucky will use CARES Act funds for its portion, which Beshear estimated would cost the state $8 million a week. Asked why he decided to use state funds and provide unemployed workers with the full $400 a week payment, Beshear said the incremental $100 was “critically important” for recipients. “We know how this money moves through the economy,” he noted.

North Carolina has some of the worst jobless benefits among states, providing benefits for only 12 weeks in most cases, instead of the 26 weeks that many other states allocate. Governor Roy Cooper said he supports North Carolina providing an extra $100 so that unemployed workers could receive the full $400 a week benefit. Unlike other states, Cooper indicated the state match should come from North Carolina’s Unemployment Insurance Trust Fund instead of the state’s CARES Act allotment. The trust has $2.9 billion in funds as of August 10.

However, State Senator Chuck Edwards, who co-chairs of the General Assembly’s Joint Legislative Oversight, was non-committal about paying the full $400. “That is certainly a keen possibility, but we also need to consider the fact that the length of the state of emergency is unknown,” he remarked. “What we’re working to make sure happens right now is we’re able to take advantage of the $300 that the federal government is offering us.”

Most states applying for funding under the enhanced unemployment benefit program are only paying out the $300 federal contribution. A few states have declined to participate altogether, but Montana, West Virginia, and Kentucky are going in the opposite direction and paying out the full $400 weekly benefit.

Earliest Start For Extra $300 Unemployment Benefit Is August 29 For Most States, Says FEMA

Will $400 Unemployment Extension Start Soon? Don’t Count On It, Despite Trump’s Executive Order