500,000 Families May Be Homeless Due To Devastation From Cyclone Amphan – Forbes

The storm has passed, but massive clean-up operations are now underway in India and Bangladesh after Cyclone Amphan claimed more than 90 lives and caused a reported $13.2 billion in damages in West Bengal alone. 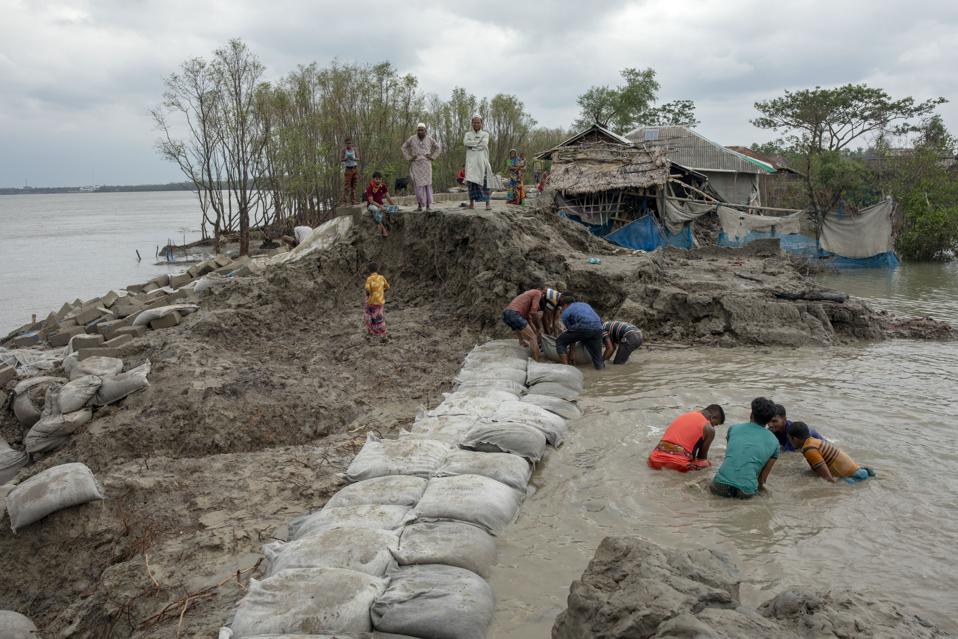 Amphan, the most powerful cyclone ever to form in the Bay of Bengal, made landfall on India’s east coast Wednesday afternoon.

The cyclone had weakened substantially by Wednesday and didn’t produce as many fatalities as many feared it might, but still caused extensive damage in both India and Bangladesh.

The hardest-hit area was West Bengal, which bore the cyclone’s brunt, with the local government declaring that approximately 60% of the population was affected.

CNN is reporting that the destruction inflicted by Amphan likely cost north of $13 billion in West Bengal alone.

As many as 500,000 families in Bangladesh may now be homeless, according to the United Nations Office for the Coordination of Humanitarian Affairs.

“I assure my brothers and sisters of West Bengal that the entire country stands with you in these difficult times,” Prime Minister Narendra Modi said on Friday after conducting an aerial survey of the devastation in the state.

Earlier this week, it was feared that Amphan would produce a level of destruction similar to the only other super cyclone on record to hit the Bay of Bengal. That storm, which was unnamed, arrived in October of 1999 and inflicted a total damage cost of roughly $4.44 billion, with the Government of India identifying 9,887 fatalities in the country. As of Wednesday, officials in Bangladesh feared Amphan would be the most catastrophic storm since Cyclone Sidr killed approximately 3,500 people in 2007. Evacuation efforts were significantly compromised by the Covid-19 outbreak (India reported its 100,000th infection this week), as some resisted packing into shelters because they feared the coronavirus. India announced its most substantial single-day spike in confirmed coronavirus cases on Friday, recording a total of 6,088 in 24 hours.