A chemical fire is burning in the wake of Laura

The National Hurricane Center forecast the Louisiana landfall of Hurricane Laura on the mark nearly four days in advance of the storm hitting the US coast.

By Sunday morning — when the storm was only a 50 mph tropical storm over Haiti — the National Hurricane Center was projecting the storm would make landfall in the early hours of Thursday morning in far western Louisiana.

That is a remarkably accurate forecast – especially considering that at that time the National Hurricane Center was also dealing with Hurricane Marco developing in the Gulf of Mexico as well. 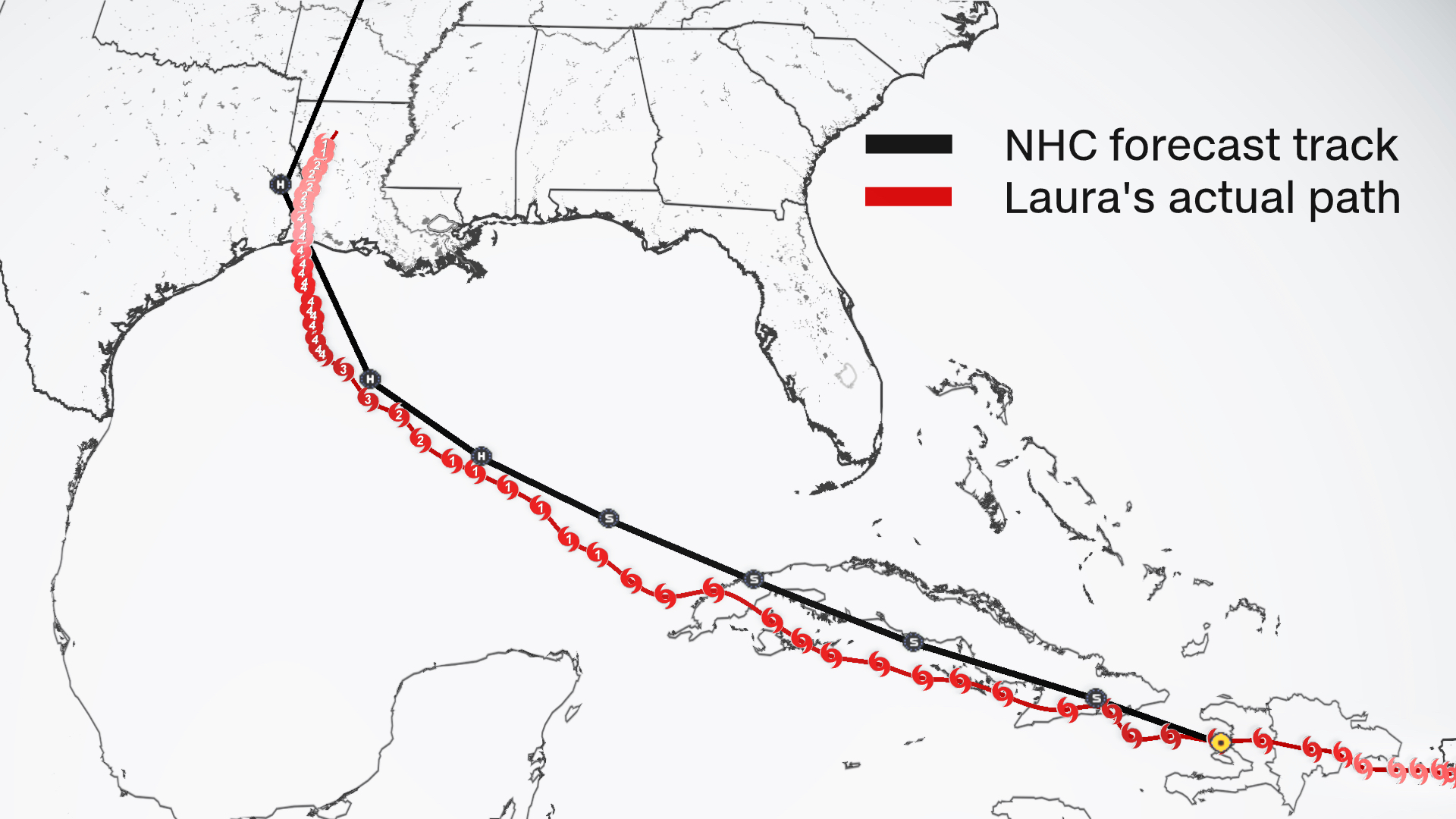 Some context: The average error in the NHC track three to four days out is around 100 miles. The error for the forecast for Laura issued Sunday morning? Literally zero. The centerline of the forecast on Sunday projected Laura crossing onto land in the exact point that the eye made landfall at 2 a.m. ET, this morning.

It should be noted that later issuances of the forecast did move a few miles east and west over the next few days as the National Hurricane Center forecasters continued to evaluate the computer forecast models. Still, the Louisiana/Texas border region continued to be the focus for the storm’s landfall.

As for the intensity forecast for Laura? The same Sunday morning forecast showed Laura making landfall with winds of at least 100 mph, a Category 2 hurricane. Laura’s landfall intensity was actually 150 mph, making it a Category 4 storm.

So the forecast intensity error was 50 mph, considerably worse than the 15-20 mph average error – but it should be noted that the National Hurricane Center was consistent in their forecast discussions that Laura could strengthen significantly more over the Gulf of Mexico’s warm waters.

Subsequent forecasts through Monday and Tuesday zeroed in on the fact that Laura would likely become a stronger, and eventually major, hurricane.

The extent that Laura rapidly intensified on Wednesday was extreme, something only a small handful of storms have done in the more than 150 years they have been tracked. Hurricane researchers and forecasters will be studying for years to come to work to make future forecasts even better.