A Year Today Will See An $8.8 Billion Bet On A Cosmic Scale. Prepare To Hold Your Breath – Forbes 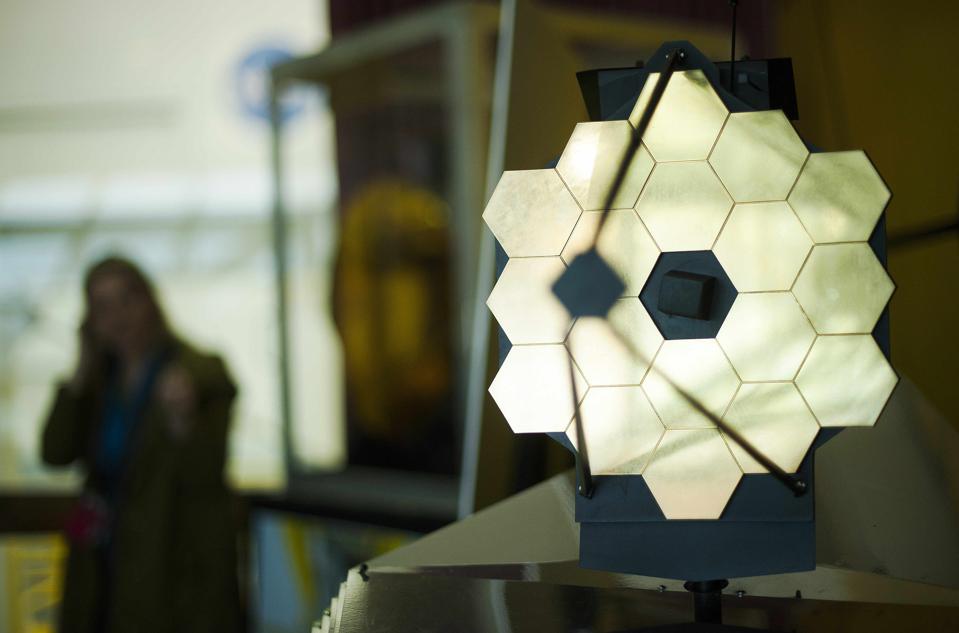 A model of NASA’s James Webb Space Telescope, which will launch on October 31, 2021.

The next step in our journey to know the cosmos will take place in Kourou, French Guiana exactly one year today.

There are rocket launches every week. Why should anyone get excited about yet another one?

This one’s going to be different—it’s expensive and its expansive.

Rated as 100 times more powerful than the Hubble Space Telescope, Webb will depart from the European Spaceport’s ELA-3 launch complex atop an Arianespace Ariane 5 rocket.

It will be stuffed with an origami-like structure that will fold-out once in space, but it will also be full of the hopes and dreams of space fans, stargazers, amateur astronomers and scientists.

It’s a $8.8 billion space telescope—NASA’s next great space science observatory—and the successor, in many ways, to Hubble. It’s about the size of a tennis court. It’s the world’s largest, most powerful and complex space science telescope ever constructed. It’s named after James E. Webb, NASA’s administrator during some of the Apollo era.

What will Webb do?

Once in position its five-layered sized sunshield will unfurl to reveal a 6.5-meter primary mirror that will be able to detect the faint light of stars and galaxies. During its 10-year mission Webb will:

Where is Webb going?

After departing the European Spaceport to the northwest of Kourou in French Guiana, South America, Webb will travel 1 million miles/1.5 million kilometers over the following 30 days to the second Lagrange point, also called L2.

At this very special place in space the Webb will be able to stay in line with the Earth as it moves around the Sun.

Unlike the Hubble Space Telescope, which orbits Earth so it can only observe when it’s on the planet’s night-side, Webb will have a sunshield to deflect the Sun’s light and heat and be able to observe constantly.

Being at L2 also gives Earth a direct line-of-sight to Webb at all times so NASA can send instructions and receive data at any time via its Deep Space Network antennas.

Has Webb been delayed?

Yes. The most recent cancellation came in summer when the impact of COVID-19 on working hours began to be felt in its testing room at Northrop Grumman in Redondo Beach, California. That put the scheduled launch date back from March 31, 2021 to October 31, 2021.

However, Webb is now fully built, assembled and integrated, and it just passed rigorous pre-launch testing. It’s all systems go!

Can Webb be repaired?

No. Not ever. That’s what makes it so risky a mission. The Hubble Space Telescope famously launched in 1990 with a faulty primary mirror and had to be visited in 1993 by NASA astronauts in a Space Shuttle (who actually visited five times in total to install upgrades). That won’t happen with Webb. Once it’s launched it’s on its own.

There are other challenges. Webb is delicate. Launches mean vibrations and though it’s all be simulated and tested, Webb does have 18 primary mirror segments that have to unfold and form a single, perfect plane. The five layers of its sunshield have to remain intact, too.

A lot could go wrong—but nothing can go wrong with Webb. Its launch and journey into space to be calibrated is going to be nail-biter. 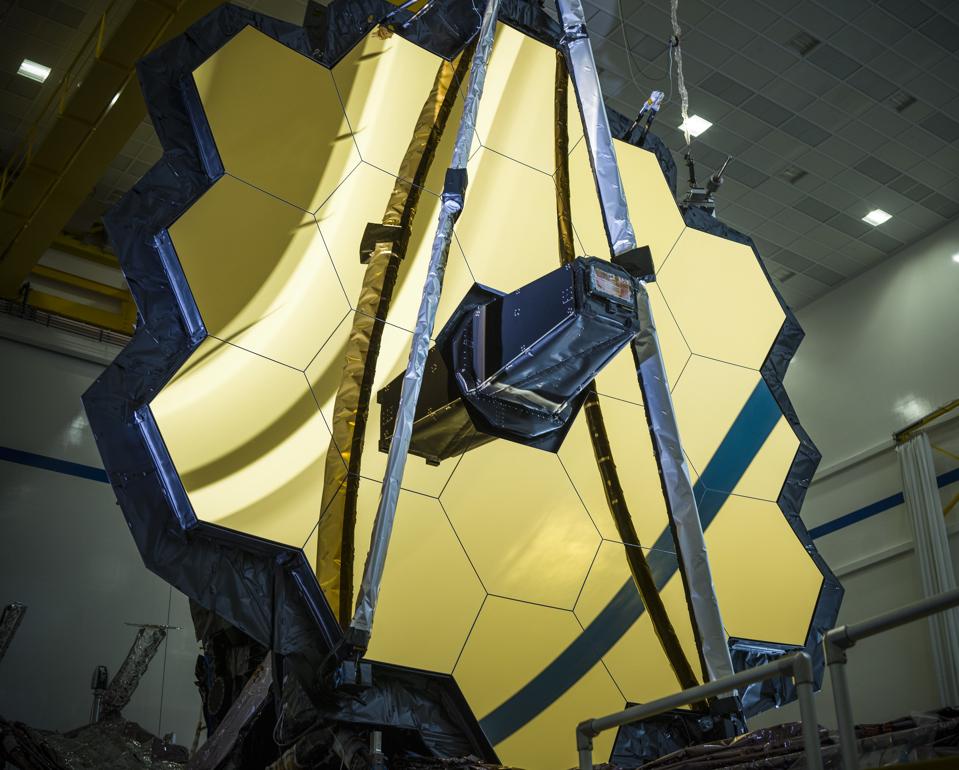 NASA’s James Webb Space Telescope has been assembled into its final form. It will launch on October … [+] 31, 2021.

What’s next for Webb?

Early in 2021, Webb will be will folded “origami-style” for shipment to the launch site and fitted inside the Ariane 5 launch vehicle fairing.