Heavy flooding in northern and eastern Afghanistan has killed at least 100 people, as the deluge ravaged large parts of Charikar city, the capital of Parwan province, officials have said.

Wahida Shahkar, spokeswoman for Parwan province, said on Wednesday the number of casualties may rise as rescue teams work to locate people buried under destroyed houses.

Containing the incident and helping the affected families was beyond the capacity of the local government, and the central government should step in quickly, Shahkar said.

Many children were among the dead in Charikar, which was hit by heavy rains overnight, the Ministry of Disaster Management said in a statement.

Ahmad Jan, a resident of Shahrak-Malimin village in Parwan province, said most people are still stuck under the rubble of their houses.

“More than 50 houses in his area are completely damaged. Don’t know how many have died but most people are under their roofs. It was early morning, so most people were sleeping. Rescue team is helping take out dead bodies and injured,” Jan told Al Jazeera. 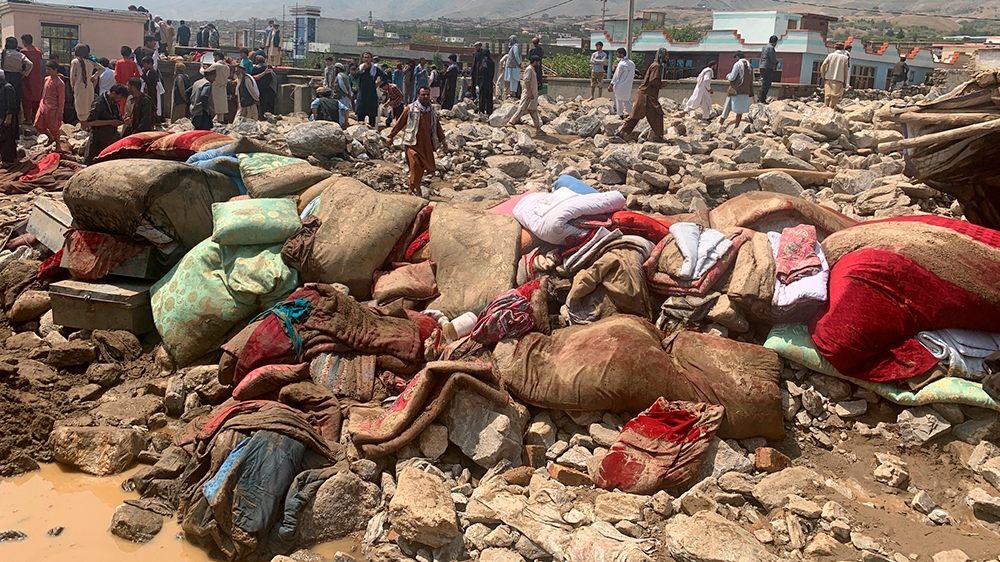 Police and rescue teams have been deployed amid the worst disaster to have hit Parwan.

“It was early morning when the flood hit our area. Most people were asleep. A lot of people are dead including women and children. Officials say 50-60 people are dead but its a lot more than that,” Ismatullah, a resident Dasht-e-Opyan district of Parwan, told Al Jazeera.

Afghan President Ashraf Ghani ordered delivery of aid to Parwan and other provinces while expressing his condolences to the victims’ families.

“Along with rescuing people, we are working to open the highways back to the traffic,” he said.

Azimi said at least 300 houses were destroyed in Parwan and more than a thousand people displaced. He said ground and air support sent to help those trapped by the flooding had reached the provinces. 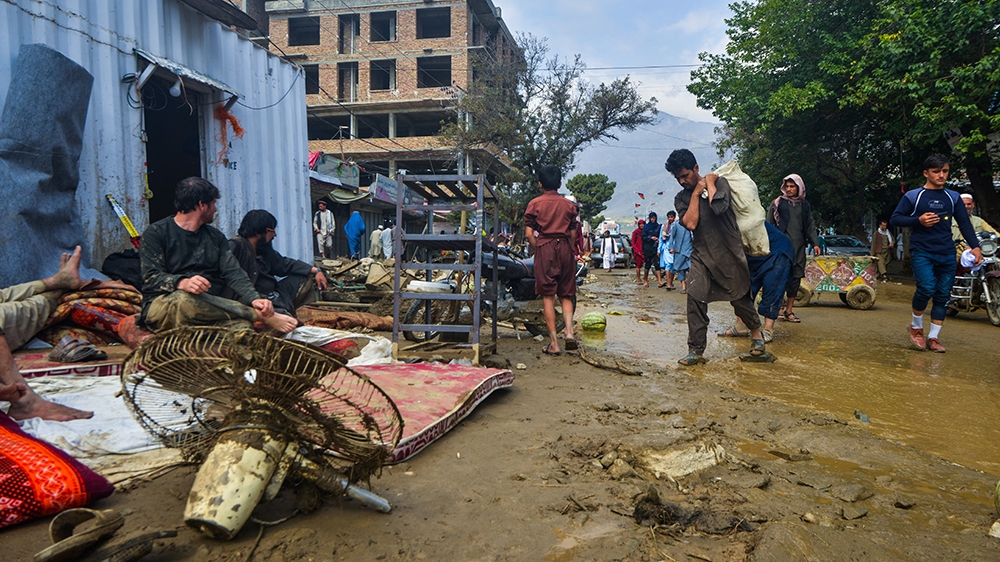 Azimi said the ministry had warned residents of possible flooding in the region with a social media alert late on Tuesday.

He said hundreds of acres of agricultural land had been destroyed, with the heavy rain wiping out all the crops in the eastern province of Nuristan. Houses and roads were destroyed in Kapisa, Panjshir and Paktia provinces, Azimi said. 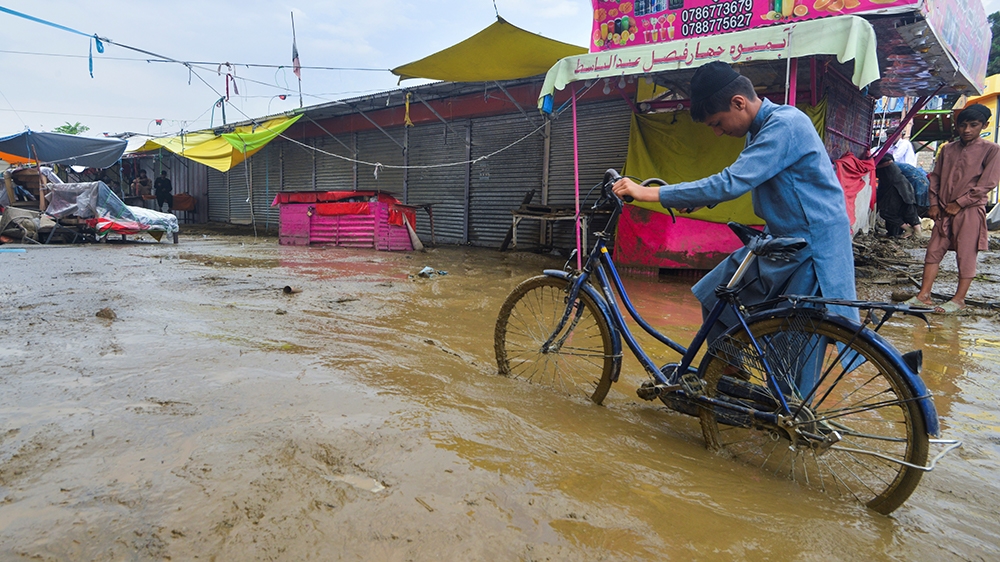 A flash flood affected villager pushes a bicycle along a road in Charikar, Parwan [AFP]

The office of the Nangarhar governor said in a statement two members of a family died and four others were injured on Wednesday morning when the wall of their house collapsed due to flooding.

Earlier this month, 16 people, including 15 children, were killed and dozens of houses destroyed when flash floods hit a village in the eastern province of Nangarhar.