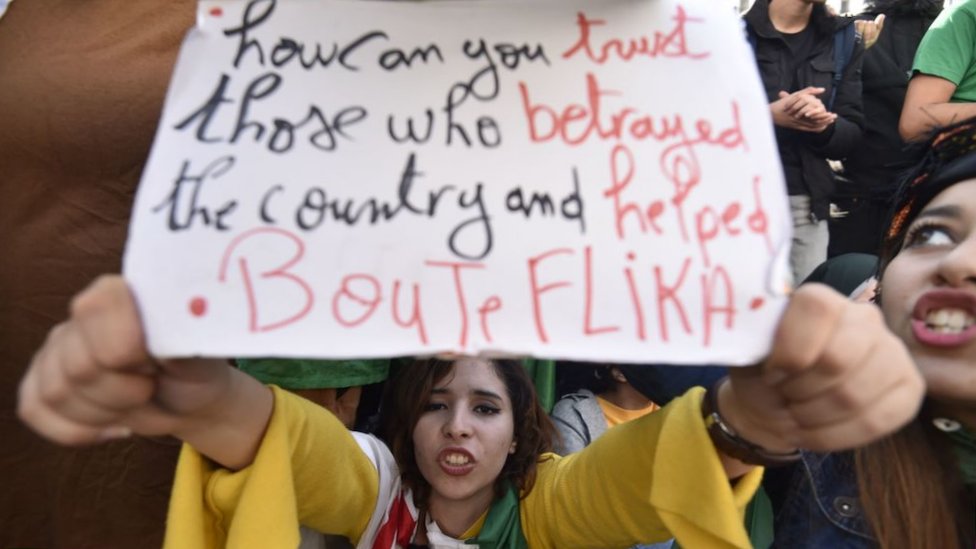 Algerians are voting in a referendum that is meant to cement changes made possible after long-time President Abdelaziz Bouteflika was forced to resign last year.

But opponents say it falls short of fundamental reform.

The referendum’s timing is auspicious.

It falls on 1 November – the anniversary of the start of Algeria’s war of independence against France back in 1954, a date today’s government chose for its symbolism.

It also comes though as Algeria’s president has been flown to Germany for medical care.

The cause of his ill health has not been disclosed, but President Abdelmadjid Tebboune had self-isolated and spent time in a military hospital in Algiers after a number of his aides and colleagues contracted coronavirus.

Algerians are voting on presidential term limits and creating a new anti-corruption body.

To win the referendum, either the “yes” or “no” camp needs at least 51% of the vote.

Results are to be announced on Monday.

President Tebboune, 74, came to power last year in a controversial election that followed the departure of Mr Bouteflika, who resigned in the face of massive popular protests against his bid for a fifth term in office. 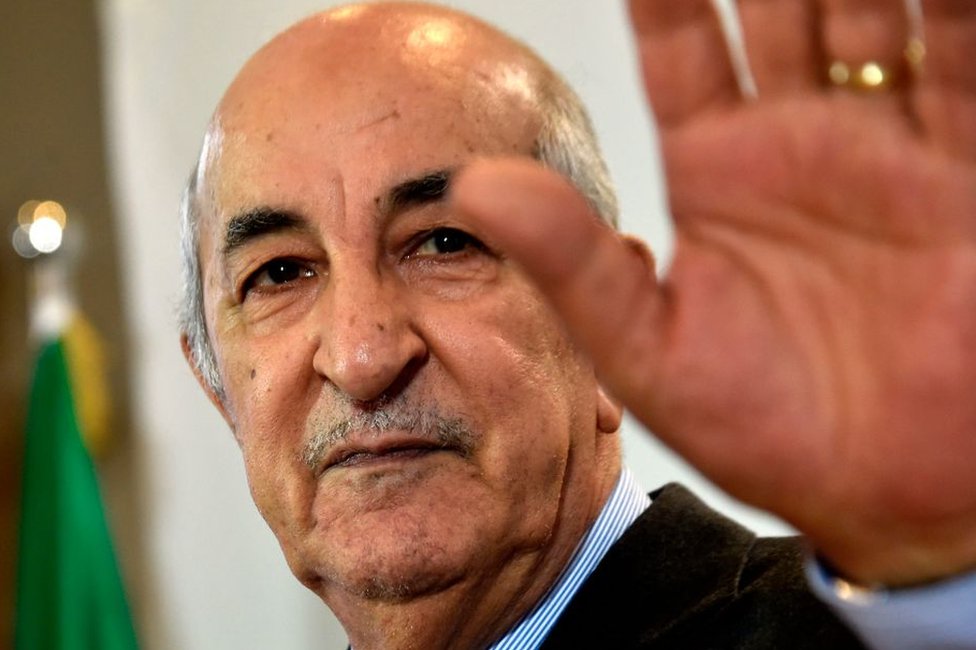 Mr Tebboune’s election campaign saw him vow to “lay the foundations of a new Algeria”.

He pledged an end to what he calls the practices of the “gang” of politicians and businessmen in President Bouteflika’s inner circle.

Ultimately this new government is answerable to the demands of the huge popular movement, or Hirak, to reform the political system. And doing this has required redrafting Algeria’s constitution.

What are the key changes?

Algeria will go back to allowing its presidents a maximum of two terms in office, if the constitutional amendments are approved in Sunday’s referendum.

The law had been changed under President Bouteflika in 2008 so he could run for a third term in power.

MPs would also serve for a maximum of two terms. 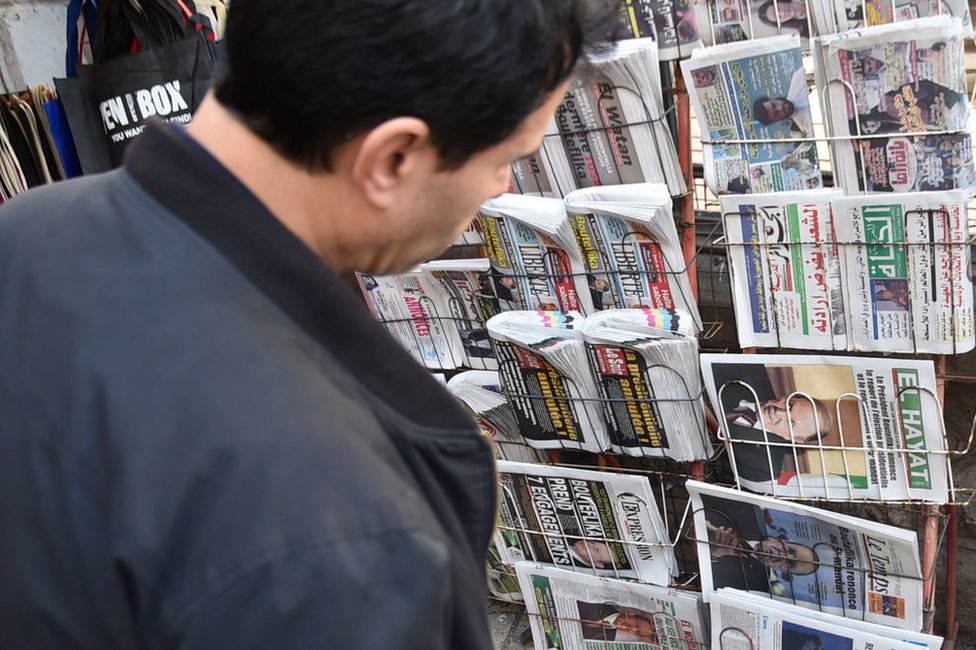 image captionPress freedom is on the agenda

The proposed creation of a corruption-busting unit is a direct response to the major concern that caused popular anger and sparked the massive protests which led Mr Bouteflika to resign.

And the new constitution would oblige public institutions to guarantee the freedom of press.

What does the government say?

Prime Minister Abdelaziz Djerad said the new constitution “will put our country on the right path after years of deviousness mainly during the recent years under the gang”, referring to Mr Bouteflika’s ruling clique.

He insisted during the referendum campaign that the constitutional amendments were designed to meet the demands of the Hirak popular movement that “toppled the corrupt regime”, and to reinforce the “separation of powers”.

How about its critics?

The referendum is an attempt to “suppress” the protest movement and “turn the page” with a constitutional “quick fix” that Hirak has never claimed, says former judge-turned-opposition leader Zoubida Assoul.

Political scientist Prof Louisa Dris-Ait Hammadouche says that the authorities missed an opportunity to involve current Hirak members in drafting the amendments and thereby confer legitimacy on the new constitution.

Only former protest members were brought on board – the so-called “original Hirak” who withdrew once elections took place last year, seemingly appeased by a new government.

What happened during campaigning?

Campaigning played out mostly on TV, radio and social media because of coronavirus restrictions. 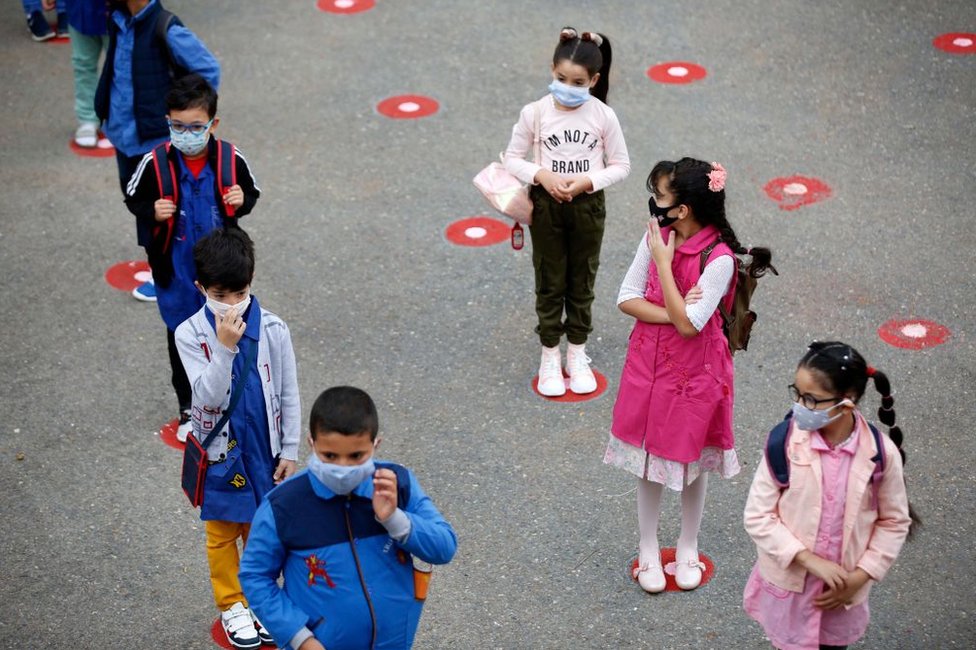 But there was some dismay and criticism when Youth and Sports Minister Sid Ali Khaldi said people who “reject the new constitution [should] leave the country”.

Comments by another pro-change politician were called “laughable”.

Religious Affairs Minister Youcef Belmehdi described voting in favour of new constitution as an act of commitment to follow the teachings of the prophet of Islam.

The two largest parties in parliament – the National Liberation Front (FLN) and the National Democratic Rally (RND) – have both campaigned and called for a “yes” vote in the referendum. They are also supported by smaller parties. 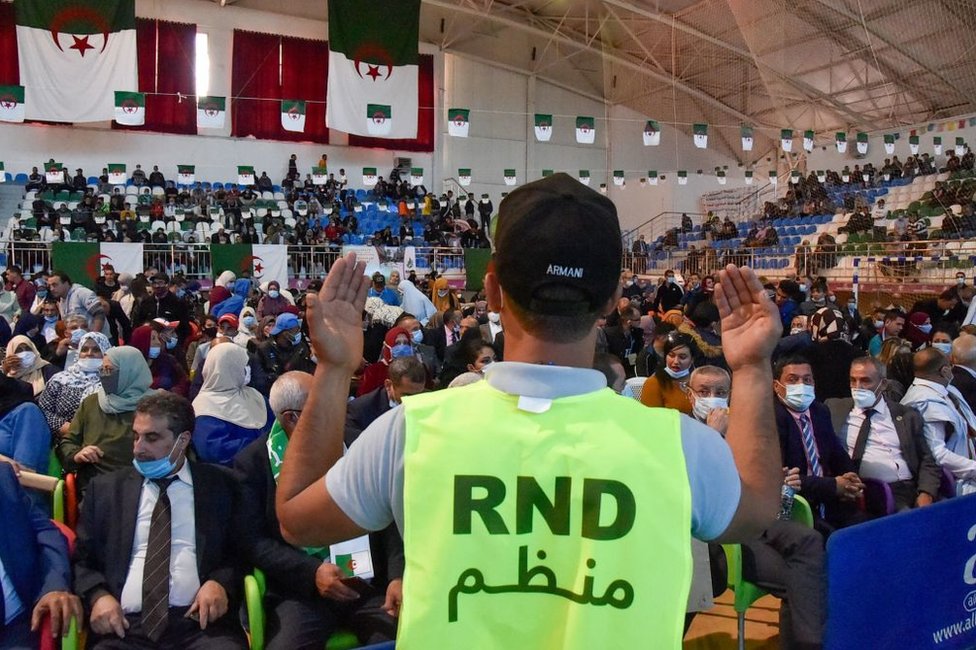 The FLN and the RND are both under new leadership. Former RND leader and ex-Prime Minister Ahmed Ouyahia was jailed for corruption, together with former cabinet ministers and senior officials of both parties.

Opposition has come from across the political spectrum.

Although Hirak does not not have a formalised leader, many protesters oppose the referendum because they say it does not deliver “real change” and have been calling on social media for “all the political elite” associated with the ousted president to be kicked out.

The major Islamic parties – including the Movement for the Society of Peace (MSP), the Movement for Justice and Development and the Nahda movement – have dubbed the proposed constitutional amendments as “against the Islamic values of the Algerian society”, and back a “no” vote. 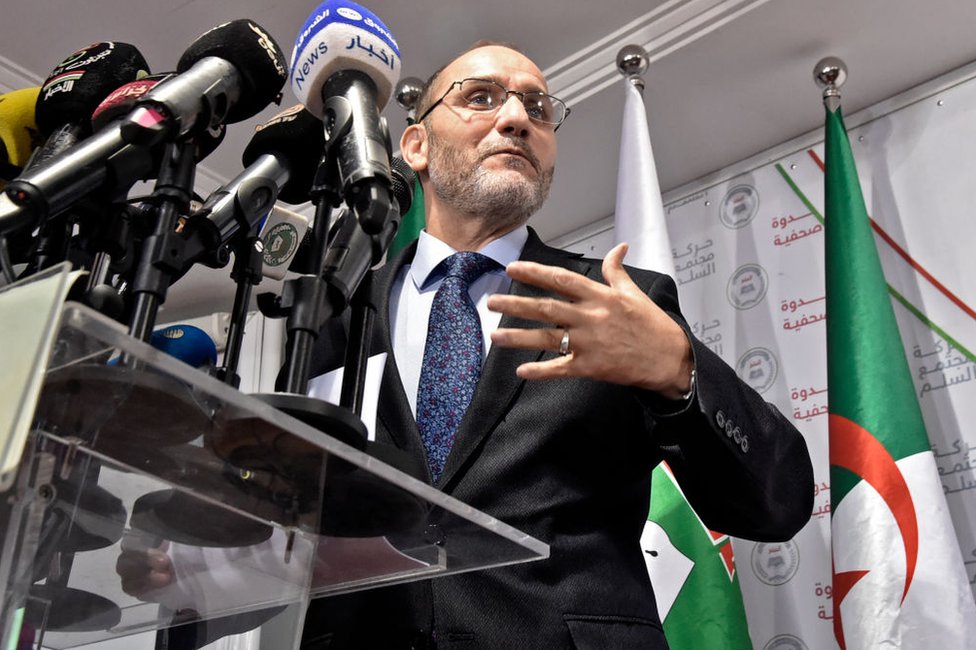 The Pact for a Democratic Alternative (PAD) – a group of political parties, rights organisations and activists – has also rejected what it sees as referendum on an “imposed constitution”. What is needed, PAD says, is “democratic and independent” transition.

Why is turnout a concern?

The Algerian authorities seem to have taken a big gamble with this referendum for a new constitution.

Its instigator, President Tebboune, is out of the country being treated for an undisclosed illness.

Authorities and experts fear a second wave of coronavirus, which coupled with existing restrictions, may well put voters off from leaving home on polling day.

President Tebboune was himself elected amid the lowest turnout Algeria has ever seen.