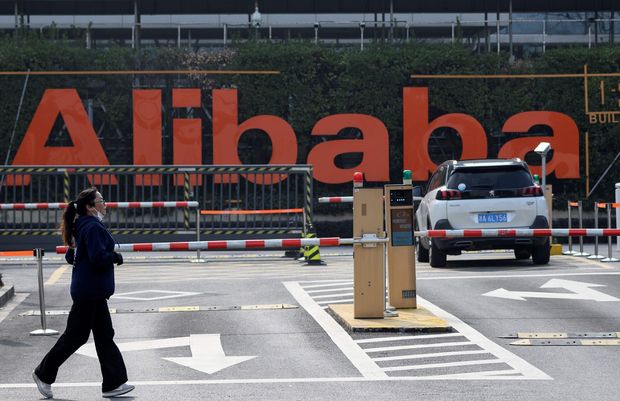 Alibaba reported better-than-expected profit growth for its latest quarter Thursday as the Chinese e-commerce giant continued to benefit from a recovery in consumer spending.

Alibaba BABA, -2.37% saw 30% revenue growth for its fiscal second quarter, driven by a continued rebound in Chinese consumer spending after the country got its COVID-19 outbreak under control. Alibaba posted revenue of RMB155.06 billion ($22.84 billion), up from RMB119.02 billion a year earlier. Analysts surveyed by FactSet had been projecting RMB154.87 billion.

Shares are off 1.8% in premarket trading Thursday.

Alibaba generated September-quarter net income of RMB28.77 billion, or RMB10.48 per American depositary share, compared with RMB72.54 billion, or RMB27.51 per ADS, a year prior. On an adjusted basis, Alibaba earned RMB17.97 per ADS, while the FactSet consensus was for RMB13.82 per ADS.

Thursday was also supposed to mark the first day of trading for shares of Ant Group, the Alibaba-affiliated fintech giant that had been preparing to list in both Hong Kong and Shanghai. Instead, Alibaba’s earnings are taking center stage as the Ant listing was suspended earlier this week due to last-minute concerns raised by Chinese regulators.

Alibaba has a 33% stake in Ant through subsidiaries, and its shares sold off Tuesday upon news of the suspended IPO. Susquehanna analyst Youssef Squali wrote in a Tuesday note to clients that while the prospect of an Ant IPO “has been anticipated for years” and helped drive Alibaba shares higher recently, the suspension “has no direct bearing on BABA’s operations.”