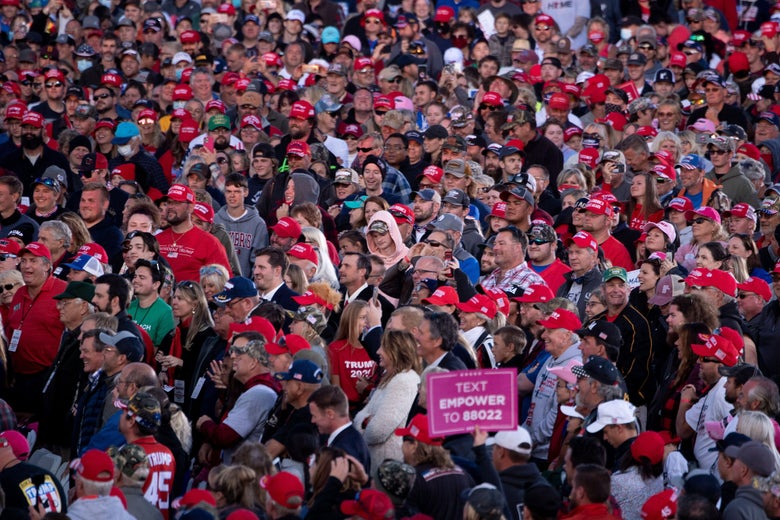 Public health officials in Minnesota have traced a total of 23 COVID-19 cases to the two rallies that President Donald Trump held in Minnesota in September. The Minnesota Department of Public Health says it has traced 16 cases to the Sept. 18 rally in Bemidji as well as four more from a protest that took place outside. Only three cases have been tied to Trump’s rally in Duluth on Sept. 30, which was the president’s last rally before he said he tested positive for the coronavirus. One case has been tied to a campaign event that Joe Biden held at a union training center in Duluth on Sept. 18.

The numbers have stood out to public health officials because they seem to suggest that the impact of the rallies isn’t as high as many feared. After all, more than 20 cases have been tied to a wedding that took place a day after Trump’s Bemidji rally. “The wedding had a lot fewer people than the rally,” Beltrami County Public Health Director Cynthia Borgen said. “But there was an indoor reception. There was dancing and conversation. People were close to each other for a long time.”

Officials, however, aren’t quite convinced they have a full picture of the impact and speculate there could be more cases they don’t know about. When someone is infected with COVID-19 they are asked whether they recently attended large gatherings and less than one in three people answer the question.

A separate analysis of new coronavirus cases from counties in which Trump held campaign rallies between late June and late September found that there was a surge in COVID-19 cases in seven of the 14 cities and townships where Trump held rallies. Even those who carry out the analysis acknowledge this “may be an imperfect measurement.” Some people travel from nearby areas to Trump’s rallies and then head home. And, of course, correlation does not equal causation. There could be lots of other reasons why there was an increase in cases. Beyond the immediate COVID-19 risk there is concern that Trump supporters will suffer other “collateral damage” from attending the event. “When the president promotes maskless mass gatherings during a pandemic, I worry that some of my patients might emulate this behavior, putting their lives—and the lives of those around them—at risk,” writes Zach Nayer.