**For a story on Amazon hiring, watch the video below

DALLAS (NEXSTAR) — In past years, Amazon Prime Day lasted 24 hours. But in a 2020 where anything goes, the online shopping bonanza has expanded to two days– meaning you have a second day to take advantage of deep discounts ahead of the holiday season.

What kind of deals can you find? Amazon Prime members can get televisions for as much as 50% off, Instant Pot products for 60% and Apple AirPods for nearly 30% off.

These are just a few of the dozens of product discounts featured by Amazon as we move into day two.

Here were some of the best sellers on Wednesday morning:

Here’s a breakdown of some of the other items people are taking advantage of on Prime Day:

Amazon has more than 100 of its products available with Prime Day discounts. This includes Amazon Echo and Alexa devices, Fire TVs and Amazon Kindle.  Some of these products, such as the Echo, are available for 60% off.

While it can be difficult to find a good deal on Apple products, Amazon has some solid discounts to offer.  One of the early deals in 2020 is 28% off the Apple AirPods.

There are some fantastic deals on Ring security products available over the next two days, such as the Ring Doorbell 3 with Echo Show 5 for $150. It’s regularly priced at nearly $290.

Kitchen appliances are a staple of Prime Day, and some of the popular early deals center around Instant Pot products.  You can snag them for as much as 60% off.

There’s no shortage of headphones available on the market, so there are plenty of deep discounts on these products in hopes of boosting sales ahead of the holiday season.

Bose is selling some of its popular noise-canceling headphones for 43% off, while Beats is offering earphones at 30% off. 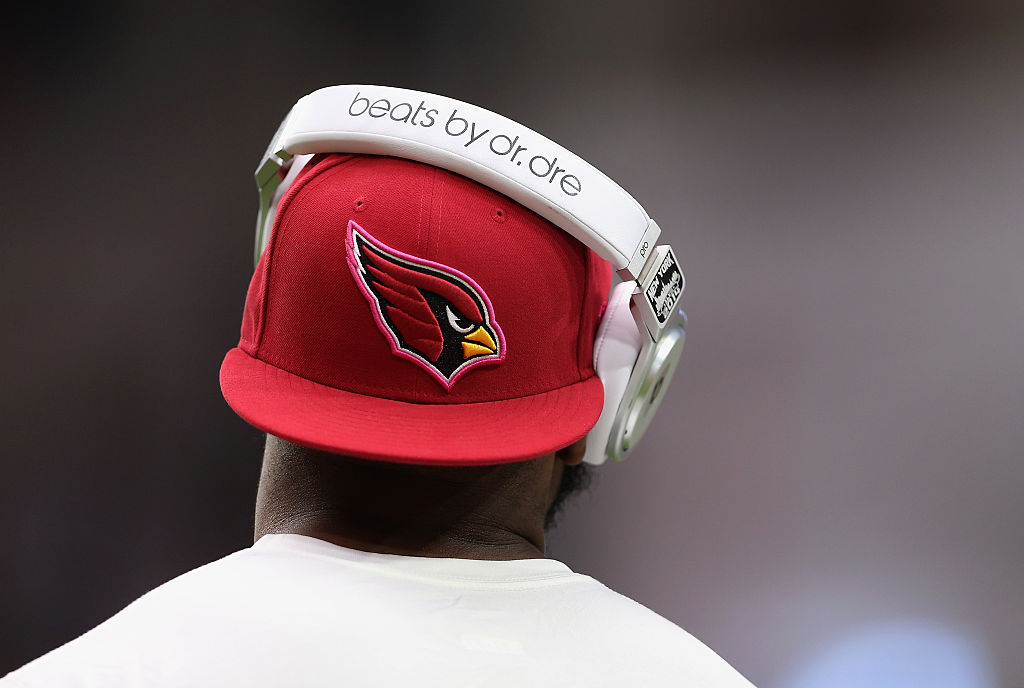 An Arizona Cardinals player wears Beats by Dre headphones during warmups before the NFL game against the Washington Redskins at the University of Phoenix Stadium on October 12, 2014 in Glendale, Arizona. (Photo by Christian Petersen/Getty Images)

Prime Day is a great opportunity to score a Fitbit for much less than retail value.  There are multiple Fitbits available for about 30% off. They’re priced as low as $70.