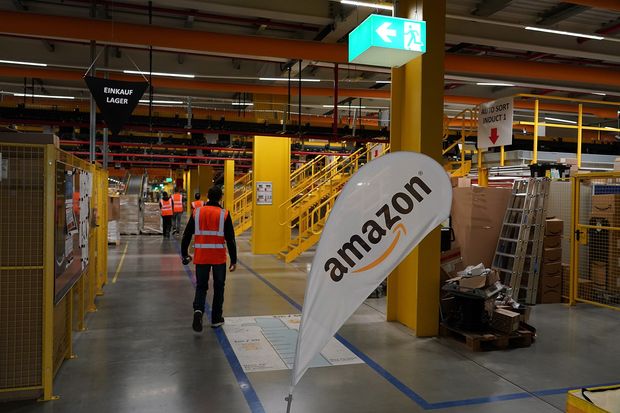 Amazon is leading a pack of major retailers in showing how online spending will play a greater role than ever these holidays.

Amazon.com Inc.’s Prime Day sales event propelled consumers to spend billions more online this week, kicking off an end-of-year shopping season that is expected to be dominated by e-commerce shopping.

Overall spending on Amazon’s site increased by 36% in the U.S. during the two-day event compared with Prime Day last year, according to research firm Edison Trends, though that was lower than the 42% increase the company saw in 2019. Before the event, research firm eMarketer projected that Amazon’s total U.S. Prime Day sales would reach $6.17 billion.

Amazon didn’t disclose detailed financial figures for the event, but the company said third-party businesses on its platform sold more than $3.5 billion during the event, a nearly 60% increase from last year. An iRobot Roomba vacuum and Kids Against Maturity card game were among the bestselling items in the U.S.

Away from Amazon, online sales also grew significantly, rising 76% in the U.S. on Tuesday compared with the first day of Prime Day in 2019, according to Digital Commerce 360 and Salesforce.com Inc. Retailers this year have seen a huge uptick in consumer spending online as millions of Americans stayed home for work and school and avoided in-person shopping due to the coronavirus pandemic.

Amazon postponed the event after struggling to meet a surge in online ordering at the outset of the pandemic. The shift away from summer and closer to Black Friday, the day after Thanksgiving when many retailers hold major sales, may have dampened some spending, analysts said. Spending per household on Amazon’s site during the event fell about 28% from last year, according to initial research from Numerator, a firm that tracks receipt data.

Amazon is leading a pack of major retailers in showing how online spending will play a greater role than ever these holidays, especially for the most dominant companies, as the overall retail picture during the shopping season remains shaky. Many retailers plan to close stores on Thanksgiving and are offering Black Friday deals online during November and December to reduce crowds.

Amazon’s e-commerce market share decreased by roughly 1.5 percentage points during Prime Day when compared with last year, according to Edison, with Walmart Inc., Target Corp. and Best Buy Co. gaining a small share. All three joined other major retailers in holding competing sales during Prime Day. Edison and other data-analysis firms reached their conclusions by analyzing hundreds of thousands of U.S. transactions.

How does your Prime Day shopping this year compare to previous years? Join the conversation below.

Customers have indicated that they plan to continue purchasing most of their items online as the holidays approach. More than half of consumers say they are primarily shopping online for the holidays, more than double last year, according to a survey by Numerator of more than 2,000 shoppers.

“What’s different this year is that you have more people shopping online, and Prime Day has now created that retail promotion period, so it is elongating the shopping season,” said Andrew Lipsman, an analyst with eMarketer. “The pie has gotten bigger this year in terms of e-commerce.”

Few companies have benefited more than Amazon. It has made record profits this year and is projected to increase sales to $111.8 billion in the fourth quarter, according to analysts polled by FactSet. That would be almost $25 billion more than the company’s record fourth quarter in 2019.

While Prime Day has been lucrative for Amazon, it still only represents a very small share of overall holiday shopping. Total U.S. retail revenue for the holiday season last year was more than $1 trillion. Total U.S. e-commerce sales during the holidays this year will rise 35% to about $190 billion, more than double the growth rate of the year before, eMarketer said. Analysts said they don’t believe the early start to holiday shopping will ultimately cannibalize sales.

Even as Amazon has pushed the start of holiday shopping earlier, retail analysts still expect a large dose of shopping to happen around Black Friday, the usual period when retailers start their end-of-year sales. A recent survey of about 3,500 U.S. shoppers by research firm The NPD Group Inc. showed that 14% of consumers planned to start their holiday shopping on Black Friday, down from 17% last year.

Amazon’s sales event was also marked by employee activism around the country, including an online petition targeting Amazon’s productivity expectations for warehouse workers and a protest at its facility in Shakopee, Minn. Amazon workers have previously used Prime Day as an opportunity to air grievances with the company.

Write to Sebastian Herrera at Sebastian.Herrera@wsj.com