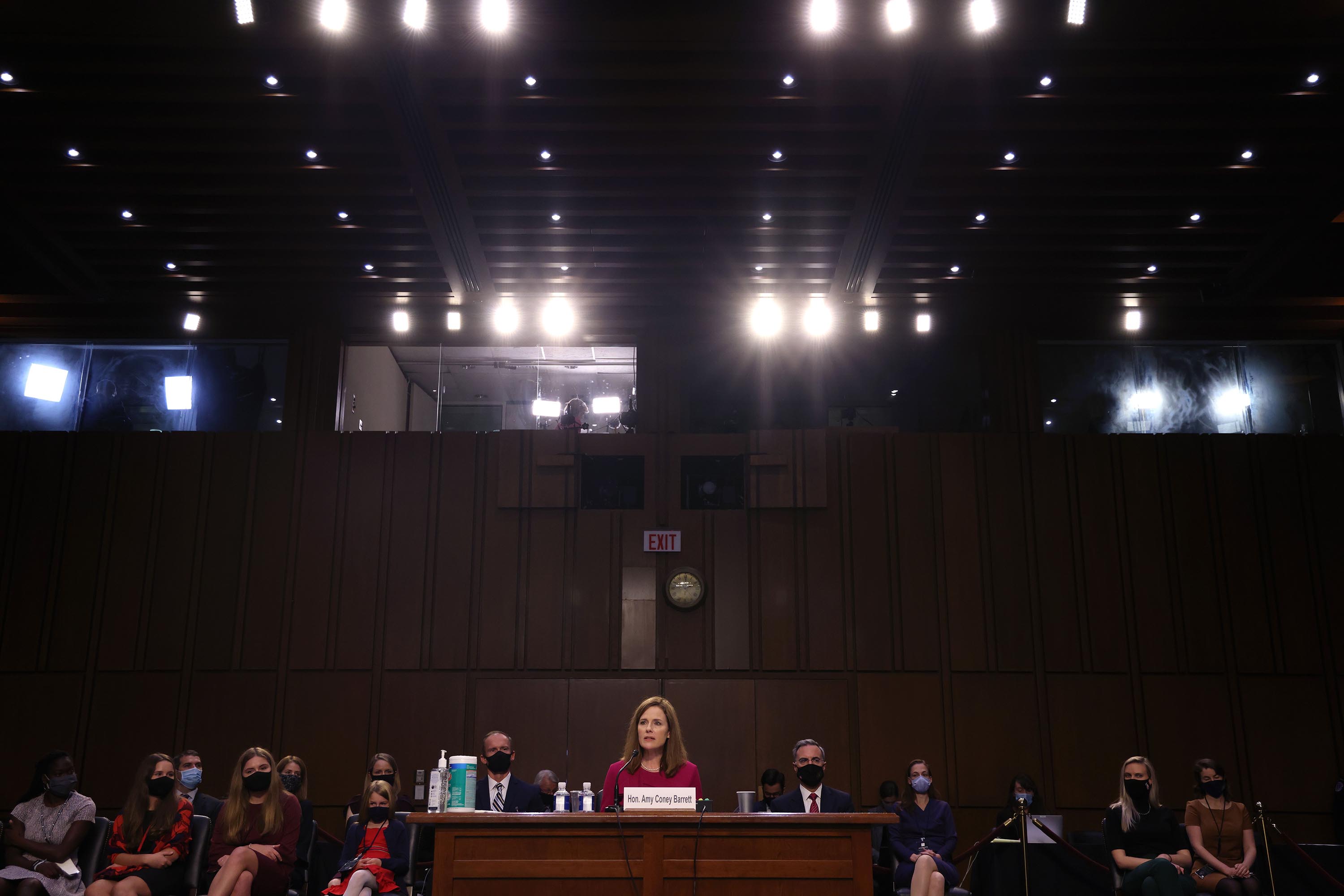 Supreme Court nominee Amy Coney Barrett’s opening statement focused on how her mentor, the late Justice Antonin Scalia, influenced her career and the opportunity to be nominated to the Supreme Court.

“More than the style of his writing, though, it was the content of Justice Scalia’s reasoning that shaped me,” Barrett told lawmakers. “His judicial philosophy was straightforward: A judge must apply the law as written, not as the judge wishes it were. Sometimes that approach meant reaching results that he did not like. But as he put it in one of his best known opinions, that is what it means to say we have a government of laws, not of men.”

Barrett said Scalia taught her “more than just law” and he was “devoted to his family, resolute in his beliefs, and fearless of criticism.”

Throughout her legal career, Barrett said she resolved to maintain the same perspective as Scalia.

“There is a tendency in our profession to treat the practice of law as all-consuming, while losing sight of everything else. But that makes for a shallow and unfulfilling life,” Barrett said.

Barrett, the mother of seven children, also used her remarks to describe her connection and dedication to her family.

“I am used to being in a group of nine—my family. Nothing is more important to me, and I am so proud to have them behind me,” she said.