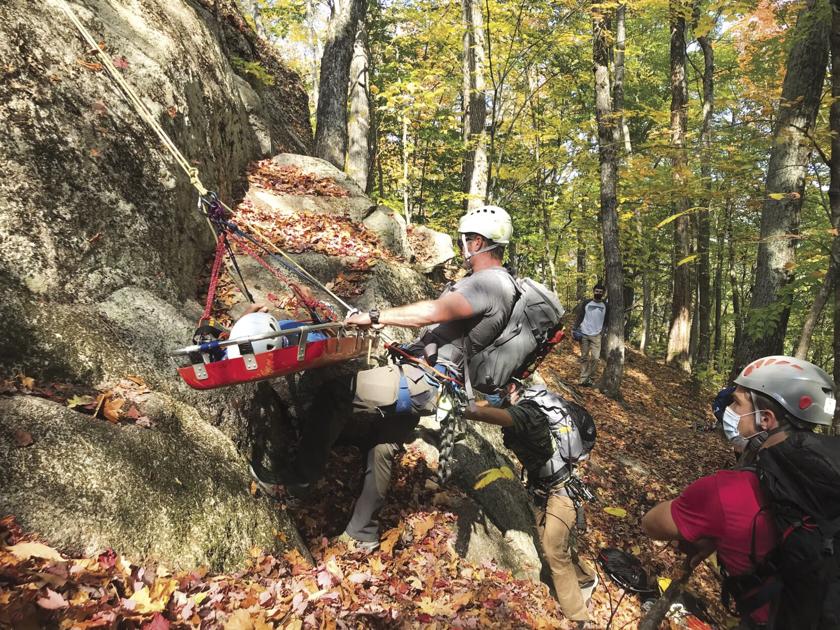 BARTLETT — Last Saturday morning, 911 received a call at 11:15 a.m. for an injured climber at Cathedral Ledge State Park in Bartlett.

It was the second time in approximately a month that there has been a serious fall at the popular climbing spot.

On the morning of Sept. 10, a 40-year-old man who was identified Tuesday as Charles Rospendowski of New York State was found dead at the bottom of Cathedral Ledge along with a dog.

Lt. Bradley Morse of Fish and Game was quoted as saying they did not consider the death to be suspicious.

The incident that took place last Saturday, Oct. 10, involved Venkata Damaraju of Atlanta, who was lead climbing the Funhouse route and was attempting to place a piece of protection when he lost his balance and fell, landing on a ledge approximately 20 below.

According to New Hampshire Fish and Game, he sustained multiple injuries to his back, hip and foot.

His hiking companions were able to safely lower him to the base of the climbing route after calling 911.

New Hampshire Fish and Game along with Mountain Rescue Service, North Conway Fire/Rescue and Brewster Ambulance service responded to the call for assistance.

Mountain Rescue Service was able to access Damraju and lower him to a stable location before carrying him to the trailhead parking area. The climber was transported to Memorial Hospital in North Conway by Brewster Ambulance Service for evaluation and treatment.

“This incident is a good reminder to all people recreating in the outdoors to plan appropriately when hiking. With the current situation of COVID-19, people are putting emergency personnel and volunteers at a great risk when they get injured.

“Having appropriate gear including face masks and latex gloves aids in safety. Go to hikesafe.com for a list of recommended hiking equipment.

“No further information is available at this time.”

This story has been updated to add Rospendowski’s name.