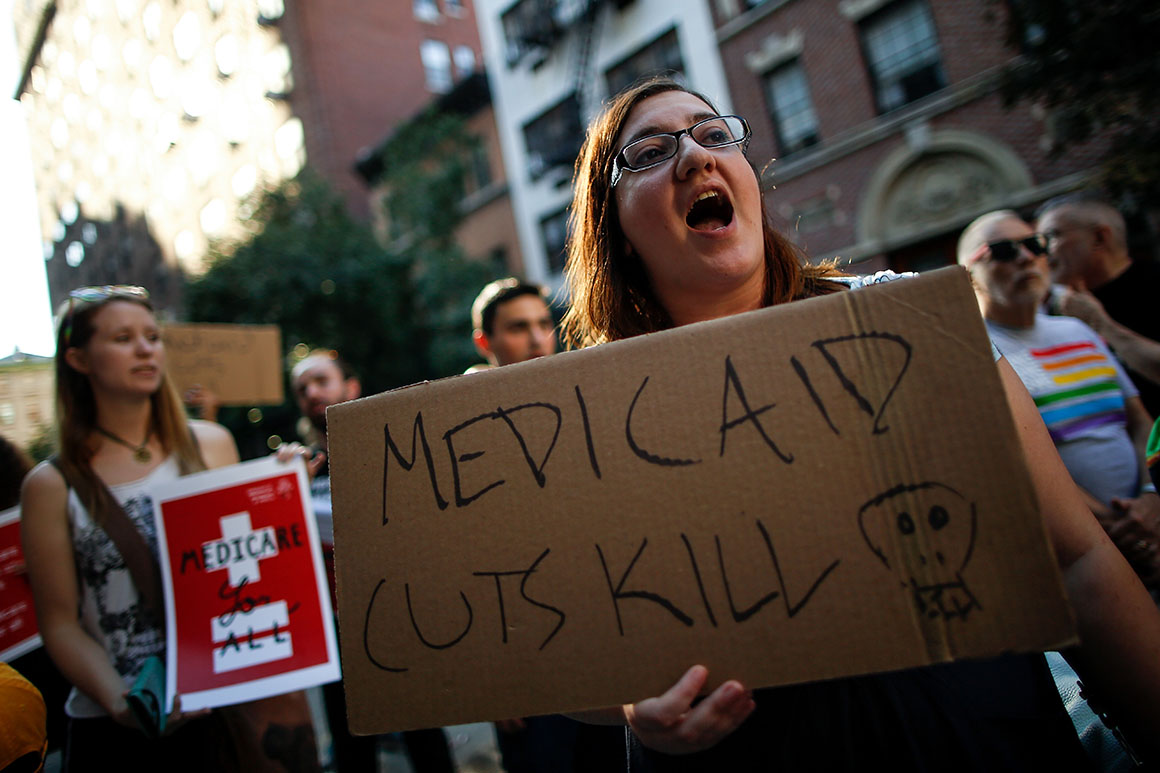 The federal appeals court in Washington, D.C. rejected the Trump administration’s argument that the work requirements were lawful under Medicaid because they promoted better health and independence from the government. The court said those objectives were not in Medicaid statute and that the program’s purpose was furnish coverage.

The law “includes one primary purpose, which is providing health care coverage without any restriction geared to healthy outcomes, financial independence or transition to commercial coverage,” read the opinion from Judge David Sentelle, a Reagan appointee.

Critics of the rules say they are a thinly veiled effort to allow states, which jointly finance the program with the federal government, to pare down program enrollment.

Last month, the top federal Medicaid official, Seema Verma, encouraged states to pursue another major conservative overhaul of the program: capped funding for some poor adults. Like the work rules, that proposal has received strong resistance from Democrats and Medicaid advocates, and it will also likely face court challenges.

Friday’s appeals court decision also lashed the Trump administration for failing to account for how many Arkansans might lose coverage. In Arkansas, more than 18,000 people lost Medicaid coverage in 2018 as a result of the work rules, before they were invalidated by U.S. District Judge James Boasberg last year. Just a fraction of those enrollees rejoined the program while the rules were in effect, state data showed.

Lost health coverage “is a matter of importance” under Medicaid law, Sentelle wrote.

The Trump administration has approved work requirements in 10 states, largely in those that adopted Obamacare’s Medicaid expansion to low-income adults. Another nine states have sought similar rules, including some that have not expanded Medicaid.

Friday’s decision does not effect work rules in other states. Some states have paused their work requirements, citing ongoing litigation.

The Arkansas lawsuit was originally consolidated with a similar case involving Kentucky’s work requirements. However, Kentucky was removed from the lawsuit after recently elected Democratic Gov. Andy Beshear dropped the work requirements.

Work requirements are currently only in effect in Michigan, though legal aid groups have sued to block the state’s rules. Boasberg last year overturned rules in New Hampshire. The Justice Department hasn’t said if it would appeal that decision.