According to Marcus, the pair told a responding law enforcement officer that they are with a private security company. She says a concerned staff member reported at least one of them was armed. 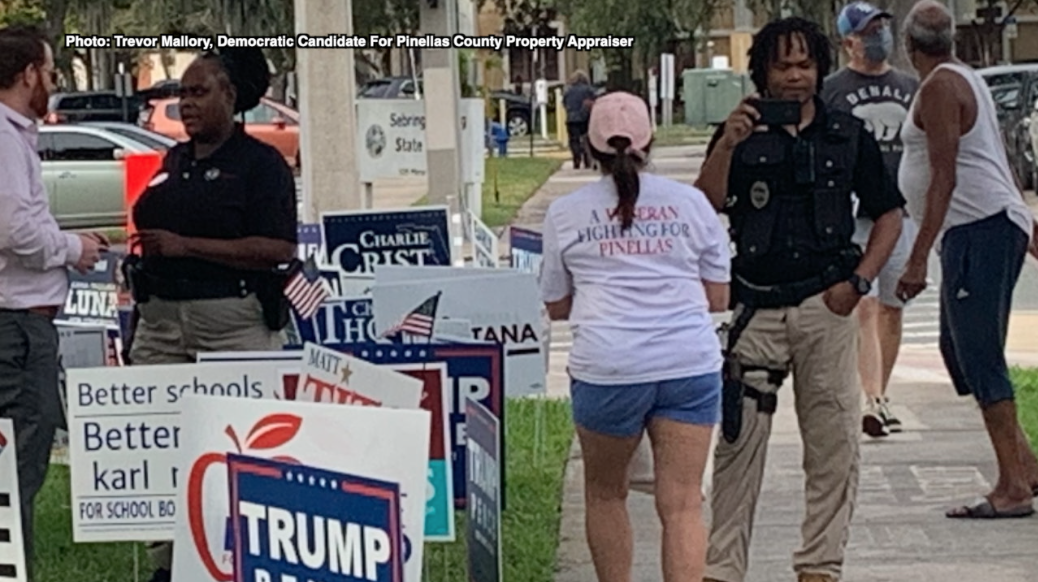 The pair set up a tent and claimed to be working for the Trump campaign, Marcus said.

The Deputy National Press Secretary for the Trump campaign issued a statement to ABC Action News denying the campaign hired the pair.

The Pinellas County Sheriff’s Office gathered information and the two individuals left the location due to rainy weather conditions. The pair stated that they’d return on Thursday.

The sheriff will be at the location on Thursday if the incident happens again, Marcus said.

“There are very specific laws to prevent voter intimidation and it will not be tolerated,” Marcus said. “This is unacceptable. I have been here for 17 years and I have never seen this happen before.”