Armenia and Azerbaijan’s fight over Nagorno-Karabakh, in 500 words – Vox.com 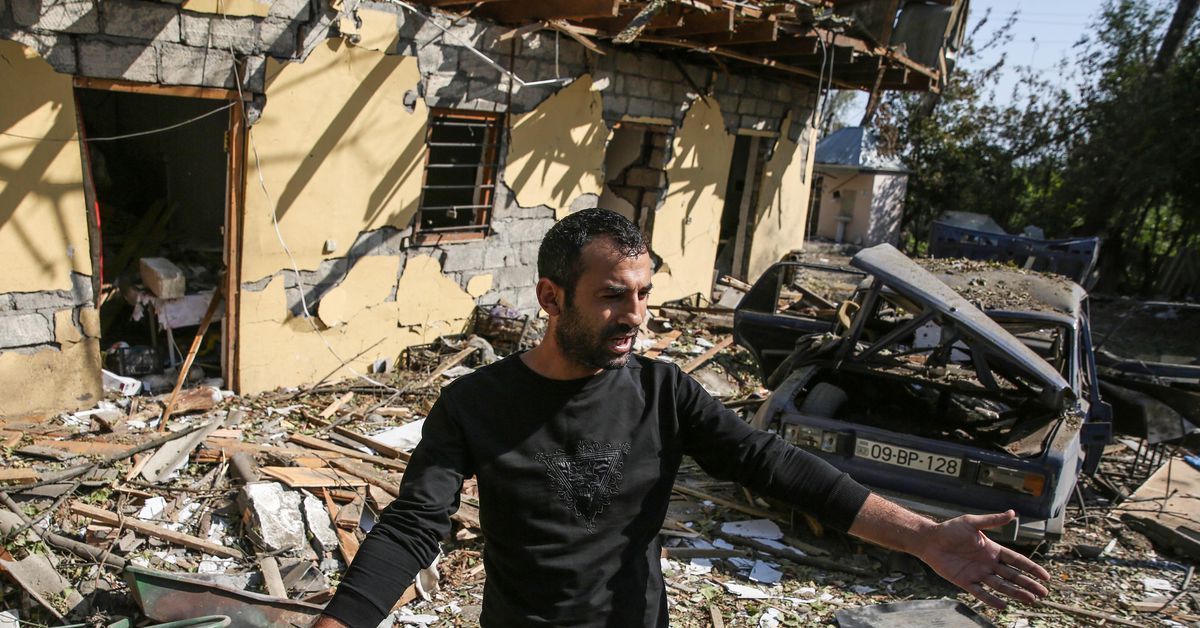 Armenia and Azerbaijan have reignited their 32-year struggle over Nagorno-Karabakh, a mountainous territory of 150,000 people about the size of Delaware. The latest round of fighting has killed over 350 people, and may soon encourage world powers to enter the fray.

The territory is internationally recognized as part of Azerbaijan, but it’s claimed and governed by ethnic Armenians. The two sides haven’t reached a lasting diplomatic resolution to the dispute since a war that killed at least 30,000 people ended in a 1994 ceasefire, leaving open the possibility of renewed fighting.

That worst-case scenario proved a reality last week after the former Soviet territories accused each other of unprovoked attacks. On September 27, Armenia said Azerbaijan’s military bombed civilian settlements in Nagorno-Karabakh, including the regional capital of Stepanakert. In response, Armenia’s defense ministry claimed it downed two Azerbaijani helicopters and three drones. Then Azerbaijan’s defense ministry announced it had launched a “counteroffensive” with tanks, war planes, artillery missiles, and drones.

Past skirmishes typically lasted just a few days, but this one has continued and intensified. Stepanakert, a city of over 50,000, has experienced heavy artillery fire from Azerbaijan since October 2, while Azerbaijan says Armenia has shelled the country’s second-largest city, Ganja, and shot missiles at other towns — each assault putting civilians in grave danger.

Turkey, a NATO member, has only made matters worse. Seeking more influence in the region, it has fully backed its longtime ally Azerbaijan, with which it shares a common ethnic and linguistic heritage. Observers say Turkey has sent at least 1,000 Syrian fighters to aid Azerbaijan and given the country’s forces weapons and training. That’s not only fanning the flames of war, but also threatening the control and calming influence Russia has had over the conflict.

Russia has a formal military alliance with Armenia, but also has close ties to Azerbaijan, as all were once part of the Soviet Union. In previous flare-ups, Russia played a key role in pushing both sides to back down. Russia has also, along with France and the United States, overseen the sputtering two-decade diplomatic process between the two sides. All three have called for restraint in this latest round of fighting.

But experts worry Moscow could eventually decide to intervene on Armenia’s behalf, a decision that would escalate the situation by pitting a US NATO ally against Russia.

And while experts hope for a diplomatic solution to the decades-old conflict, or at the very least another ceasefire, many fear the fighting this time will continue until either Armenia deals Azerbaijan a militarily decisive blow or Azerbaijan reclaims much or all of Nagorno-Karabakh and its surrounding regions.

Statements from both leaders don’t provide much hope for a resolution.

Armenian Prime Minister Nikol Pashinyan said Tuesday that “Nagorno-Karabakh is ready, and Armenia is ready, to mirror the concessions that Azerbaijan is ready to make.” But Azerbaijan’s President Ilham Aliyev doesn’t want to make concessions. “Azerbaijan has one condition, and that is the liberation of its territories,” he said on Sunday.

For more on the conflict, read Vox’s full explainer.

Millions turn to Vox each month to understand what’s happening in the news, from the coronavirus crisis to a racial reckoning to what is, quite possibly, the most consequential presidential election of our lifetimes. Our mission has never been more vital than it is in this moment: to empower you through understanding. But our distinctive brand of explanatory journalism takes resources. Even when the economy and the news advertising market recovers, your support will be a critical part of sustaining our resource-intensive work. If you have already contributed, thank you. If you haven’t, please consider helping everyone make sense of an increasingly chaotic world: Contribute today from as little as $3.