At UC Santa Cruz, fire rages nearby as thousands are forced to evacuate – Los Angeles Times 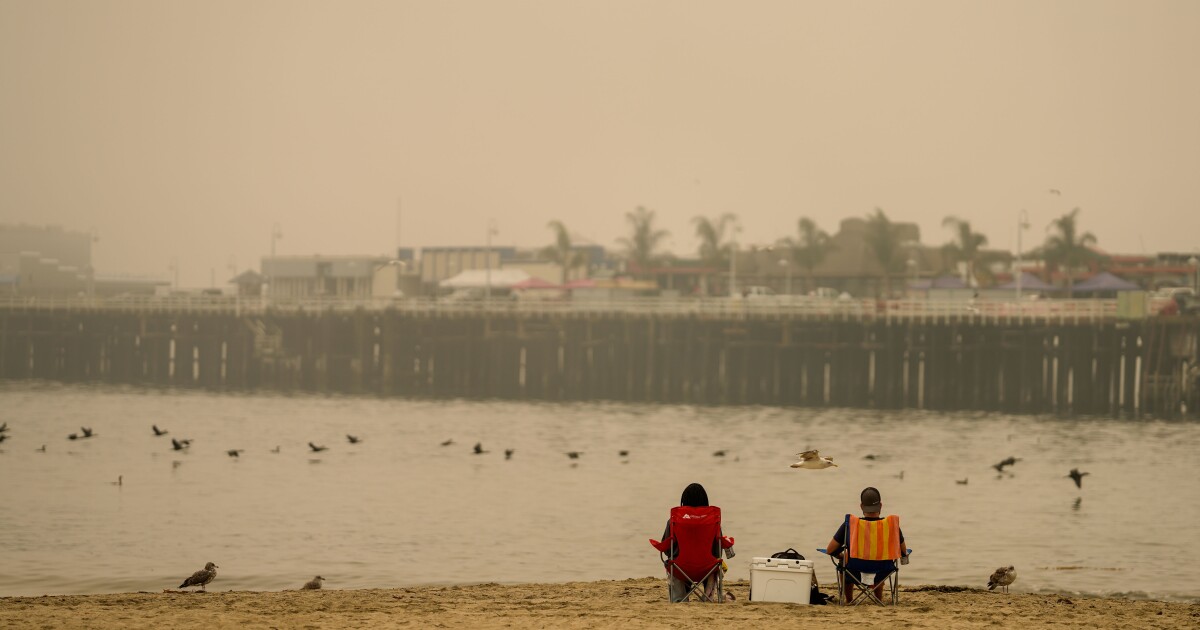 A monster fire raging through the Santa Cruz Mountains moved closer to UC Santa Cruz on Friday, bringing new levels of anxiety to a region besieged by days of fire.

He said Friday that he had not received a warning but that he and his family — his wife, 11-year-old triplets and dog — were all packed and ready to evacuate at a moment’s notice.

He lives in a cul-de-sac at the edge of campus and said roughly half his neighbors had already left.

Standing on a porch outside his home, Robertson said the air was thick with dust and ash, as well as larger particles — burnt leaves and fibers suspended in the blowing air.

“We have all the windows shut,” he said. “But you can still taste the smoke. It’s unavoidable.”

He and his wife have been constantly following Twitter and keeping an eye on NASA’s satellite imagery.

“I’ve lived all over the place,” Robertson said. “I’ve been through tornadoes and earthquakes. But this is different. You just react to those events. This is unusual in that we don’t know when the alarm is going to go off. But there’s a lot of tension. It’s continuously stressful to hurry up and wait.”

Upward of 60,000 people were under evacuation orders Friday in Santa Cruz and San Mateo counties, as firefighters hoped to use a break in the extreme heat to make progress against the raging fires. Authorities ordered the evacuation of the UC Santa Cruz campus late Thursday. Scotts Valley, a hub of Santa Cruz County’s tech industry, was also ordered to evacuate, with some residents heading to the Santa Cruz Beach Boardwalk for refuge.

It was one of numerous fires burning around Northern California, many caused by lightning. Together, those fires have killed at least five people, destroyed more than 570 structures and scorched over 1,200 square miles,

Robertson said the schools will be closed for at least the next week as families and teachers evacuate. Even though classes were being taught remotely, the evacuations have made teaching and learning impossible.

He said this last week has been exhausting, starting with the heat wave. His phone recorded a high of 108 degrees at his house one day.

Then there were the blackouts, as the electrical grid was overwhelmed amid the heat.

“As a physicist, we use supercomputers,” which were intermittently shutting on and off, Robertson said. He lost a ton of data.

“Then the storms hit,” he said of the lightning storms that moved across the region Sunday and Monday. “It cooled off, but then the smoke began to build” as a result of the fires.