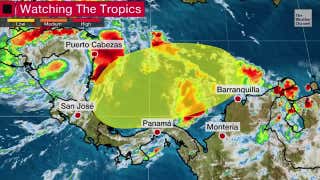 Another tropical depression or storm could form in the southwest Caribbean by this weekend, just days after Hurricane Iota’s pummeling of Central America.

Computer model forecast guidance indicates that a broad area of low pressure may develop in the southwest Caribbean in the next couple of days. If this broader low can consolidate into a well-defined circulation center with collocated shower and thunderstorm activity, then a tropical depression could form.

For now, the National Hurricane Center says there is a low chance that a tropical depression will develop. (The potential area of tropical development according to the latest National Hurricane Center outlook is shown by polygon, color-coded by the chance of development over the next five days. An “X” indicates the location of a current disturbance. )

This low-pressure system will be steered slowly westward toward Central America.

Heavy rainfall from this low could affect areas from Nicaragua into Costa Rica, Panama and Colombia – whether it becomes a tropical depression or storm or not – before moving into Central America. Flash flooding is possible in some of these areas over the next several days. If this system were to intensify into a tropical storm, it would be given the name Kappa.

The Atlantic has already produced 30 named storms in 2020, shattering the previous record of 28 storms set in 2005. 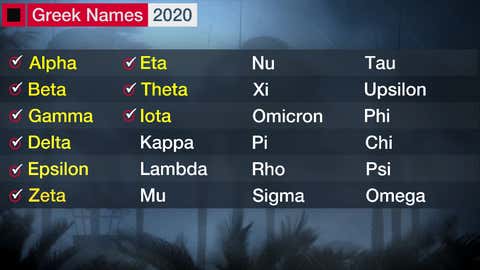 The 2005 season produced its final named storm, Zeta, at the end of December. Zeta then lasted into the first few days of January 2006.

The Weather Company’s primary journalistic mission is to report on breaking weather news, the environment and the importance of science to our lives. This story does not necessarily represent the position of our parent company, IBM.