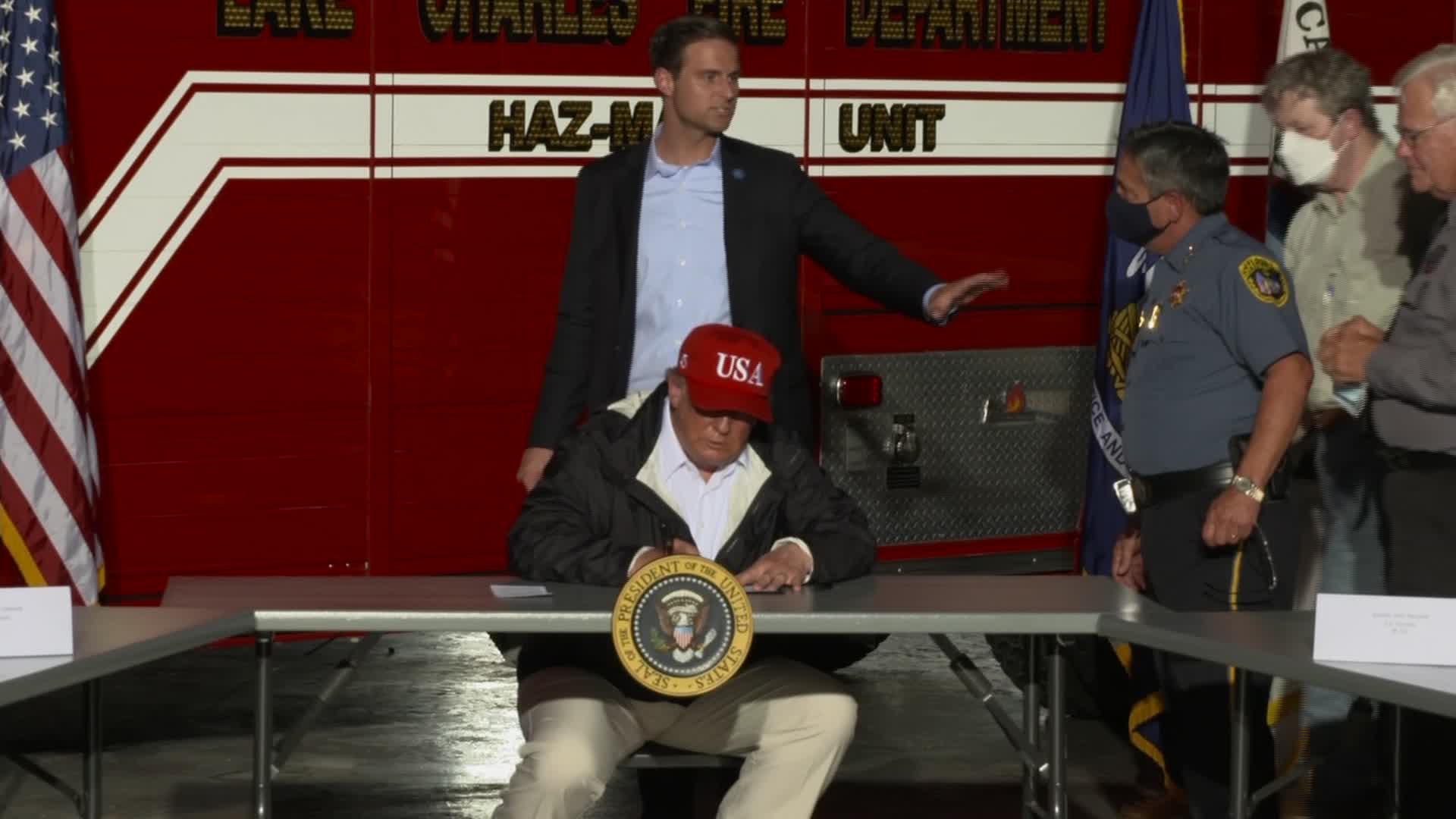 President Donald Trump’s staff attempt to keep roundtable participants at a distance as a precaution at the end of a briefing on Hurricane Laura in Lake Charles, Louisiana, on Saturday, August 29.

President Donald Trump’s staff attempted to keep roundtable participants at a distance as a precaution at the end of a briefing on Hurricane Laura in Lake Charles, Louisiana.

After the event wrapped, Trump called some of the participants up to him so he could sign something for them.

While some people were masked, others were not. John McEntee, director of the Presidential Personnel Office, along with White House chief of staff Mark Meadows and the President’s Secret Service detail jumped in to make sure that everyone was keeping their distance from Trump.

As the roundtable attendees approached Trump, McEntee got in the middle and said, “We got to just keep a little…” with his hand outstretched to keep a buffer between the attendees and the President. Meadows was then heard saying, “Guys, if you will, try to just keep your distance.”

A third, unidentified voice could be heard asking someone to put their mask on.

While Trump seemed to be fine with inviting these people up to be close to him, his staff were clearly uncomfortable with having the President too close to anyone else, whether they were wearing a mask or not.

CNN has asked the pool traveling with the President to inquire as to whether the roundtable attendees were tested before Trump arrived.