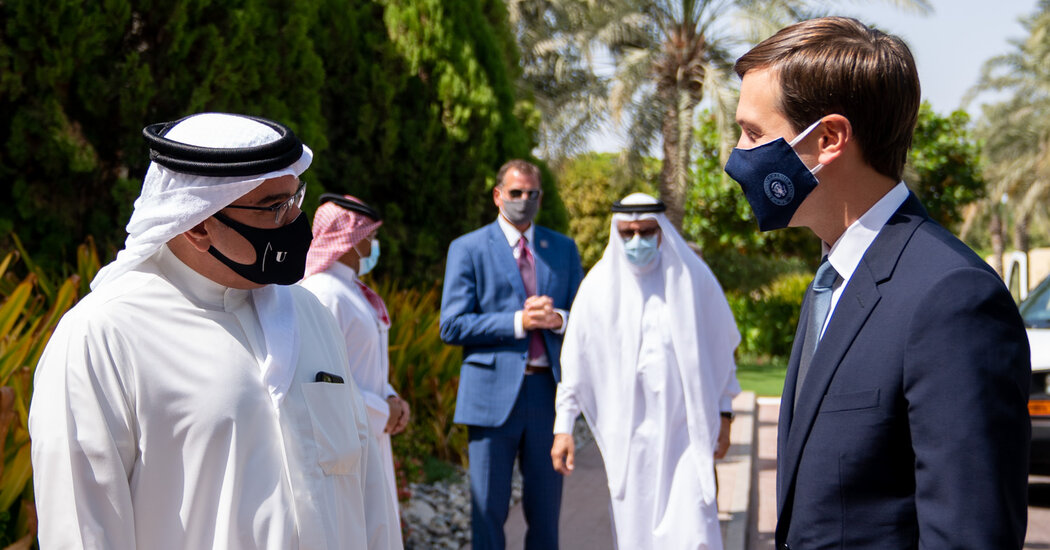 President Trump announced on Friday that Bahrain will establish full diplomatic relations with Israel, following the United Arab Emirates, in another sign of shifting Middle East dynamics that are bringing Arab nations closer to Israel, isolating the Palestinians and positioning Mr. Trump as a campaign-season peacemaker.

Mr. Trump announced the news on Twitter, releasing a joint statement with Bahrain and Israel, and calling the move “a historic breakthrough to further peace in the Middle East.”

Another HISTORIC breakthrough today! Our two GREAT friends Israel and the Kingdom of Bahrain agree to a Peace Deal – the second Arab country to make peace with Israel in 30 days!

The announcement follows one last month by Israel and the U.A.E. that they would normalize relations with each other, on the condition that Prime Minister Benjamin Netanyahu of Israel not follow through with plans to annex portions of the West Bank. Trump administration officials said that they hoped that agreement would encourage other Arab countries with historically hostile relations toward Israel to take similar steps.

Bahrain, a tiny island kingdom off the eastern coast of Saudi Arabia in the Persian Gulf, has strategic significance for Washington as the host for the U.S. Navy’s Fifth Fleet.

Since then, Mr. Kushner and other Trump officials have turned their energies toward Israel’s relations with other Arab countries, in part as a means of showing the Palestinians that their demands would no longer dictate the region’s wider dynamics.