A woman has been killed and a man and seven-year-old child injured after a tram in Baltimore crashed into their car on Thursday morning.

The incident happened at 7.30am in downtown Baltimore as people were making their way to work.

The woman died at the scene and the 30-year-old man and child were taken to the hospital. The child has non-life-threatening injuries and the man has minor injuries.

It’s unclear who was driving the car or what the relationship between the three people is.

Their vehicle was trapped under the Light Rail afterwards. Firefighters had to pull them from the wreckage. 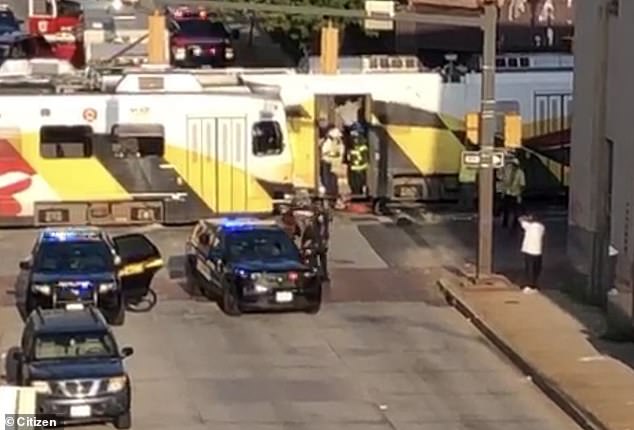 The scene of the crash in downtown Baltimore on Thursday morning where one person has been killed and two others, including a child, have been injured