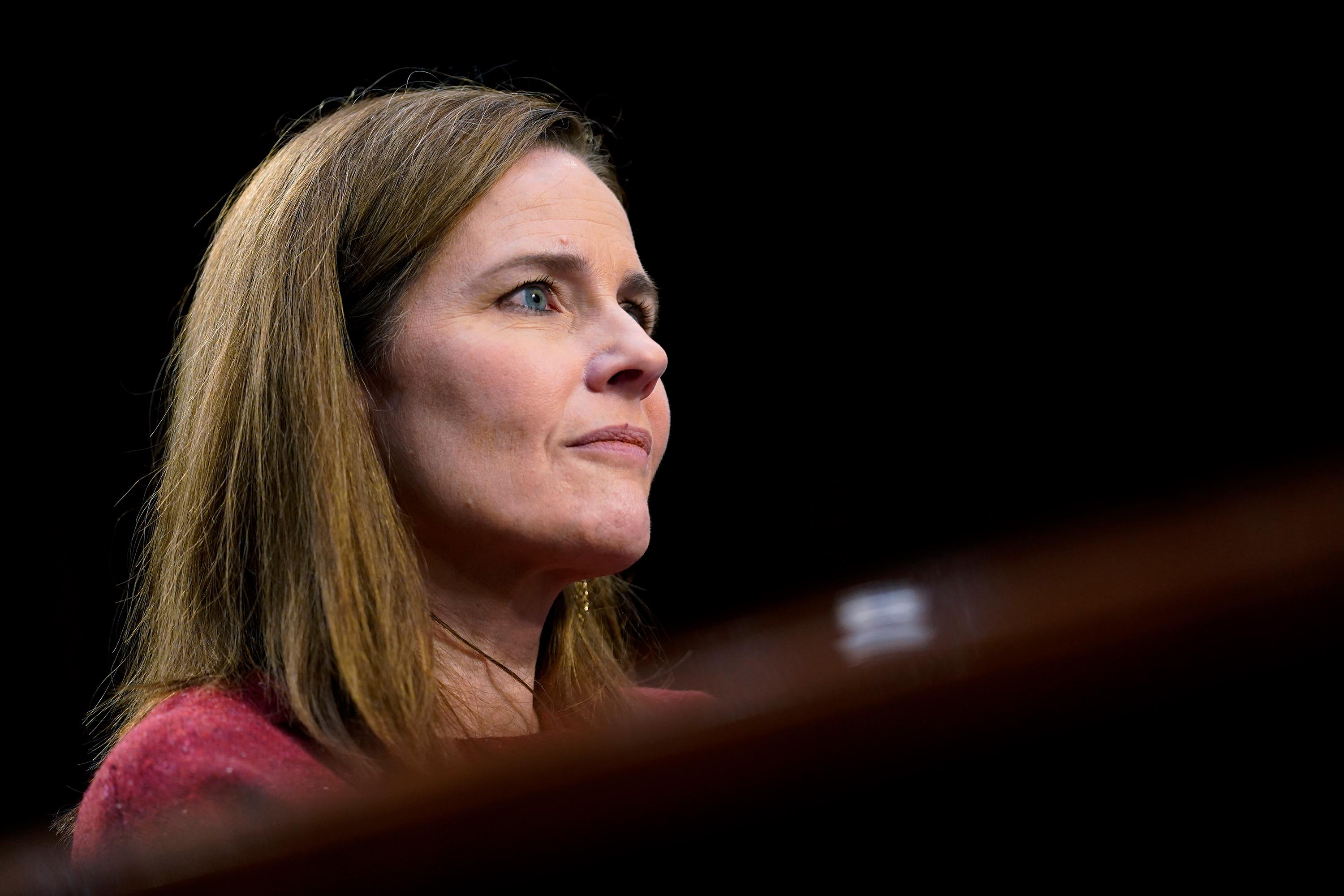 Frequently during her confirmation hearings, Judge Amy Coney Barrett fell back on a standard that’s been attributed to the late Ruth Bader Ginsburg, whom Barrett would replace, not to discuss specific cases because they could come before the court.

Under questioning from Sen. Pat Leahy, a Vermont Democrat, Barrett would not say whether she would recuse herself from cases involving the 2020 election. Leahy argued Barrett should recuse herself, if confirmed, because Trump has said he’s moving a nomination forward because the election is likely to go before the Supreme Court.

“I have made no precommitments to anyone,” Barrett said, arguing the court had a legal process to consider recusal. “I can’t offer an opinion on recusal without short-circuiting that entire process.”

Later, Barrett said she hoped “all members of the committee have more confidence in my integrity than to think that I would allow myself to be used as a pawn to decide this election for the American people.”

Barrett also declined to say whether the Constitution gave Trump the authority to postpone the date of the election. Doing so would require an act of Congress, but Barrett declined to weigh in, saying that doing so would make her “basically a legal pundit.”

She also declined to discuss questions about what constitutes voter intimidation. And she responded to a question from Democratic Sen. Cory Booker of New Jersey about Trump refusing to accept a peaceful transition by saying she didn’t want to get pulled into the “political controversy.”

Barrett apologized on Tuesday for a comment she made early in the hearing saying she would never discriminate “on the basis of sexual preference,” a term that implies being gay or lesbian is a choice.

“I certainly didn’t mean and, you know, would never mean to use a term that would cause any offense in the LGBTQ community,” Barrett said. “So if I did, I greatly apologize for that. I simply meant to be referring to Obergefell’s holding with respect to same-sex marriage.”