Beloved cat returns home after being missing for eight years 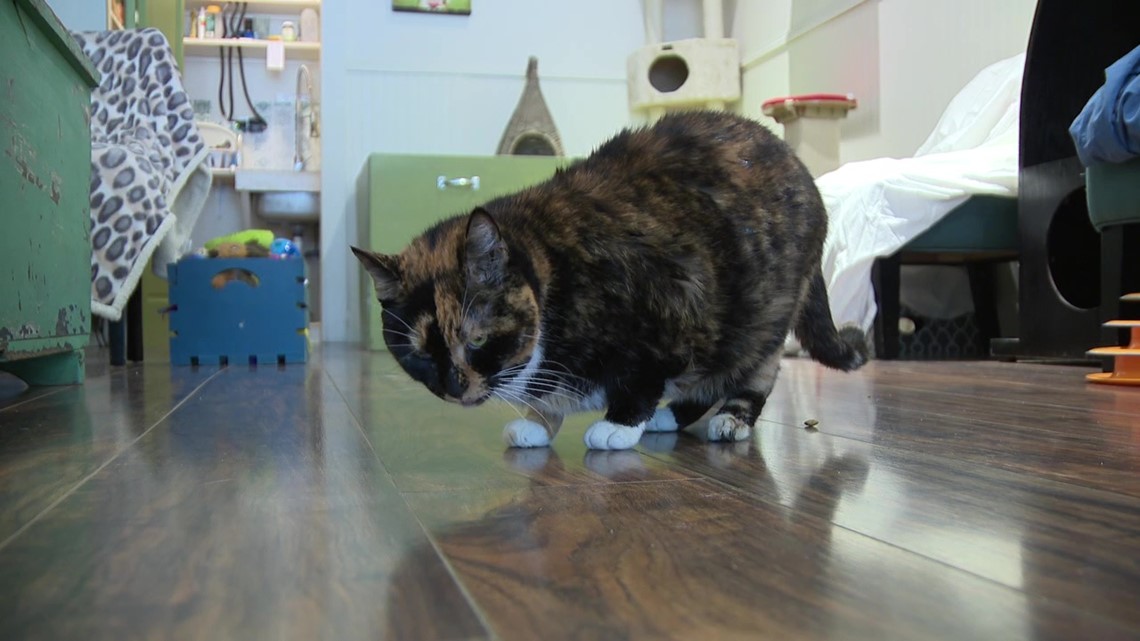 A cat that went missing years ago has been found and reunited with its owner in Union COunty.

LEWISBURG, Pa. — Kristen Williams was devastated when Snickerdoodle, her tortoiseshell cat, ran away from her home in Watsontown eight years ago.

“I didn’t see her; I couldn’t find her. I pretty much gave up hope, I called places, but nobody found her, nobody saw her,” said Williams.

Williams never stopped looking for Snickerdoodle, who she rescued in 2009.

Two weeks ago, Kristen was scrolling through Facebook, and a picture stopped her in her tracks.

It was a post about Maria, a tortoiseshell cat up for adoption at the Scratching Post Cat Cafe in Lewisburg.

“I commented wanting to know her story,” Williams explained. “I wasn’t sure how old she was, but I knew she looked similar to the cat I had.”

Deep down, Williams knew this was her cat.

There are so many cats out there that look just like Maria, so how did Kristen know that one was hers?

Well, there are a few defining characteristics.

“She sent us some photos, and we compared that to photos we had of Maria.  Kristen came in to look at her, and there was no denying that this is her cat,” said Arion Moser, volunteer at Scratching Post.

Every marking was the same.

In addition to that, Maria has an obsession with water that dates back to her kitten days.

“I could not get her to stop flipping over her water dish,” Williams said.

The Scratching Post has adopted out nearly 350 cats over the years, but Moser says this is the most unique situation.

“It’s the only story we have like this out of all the adoptions we’ve done,” she said.

Williams adopted her old friend and shared a picture when they got home.

Maria, what Williams now calls her old Snickerdoodle, has already taken over the kitchen sink.

Williams says she was not even looking to adopt a cat but could not pass up the opportunity to be reunited with her long lost friend.