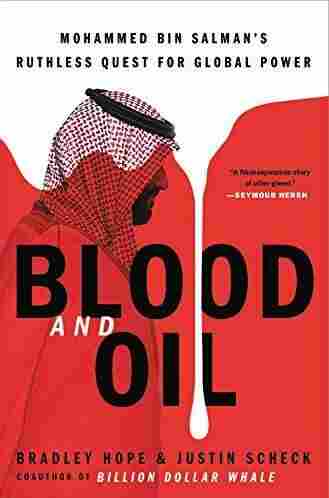 In March 2015, Saudi Crown Prince Mohammed bin Salman called a meeting of the kingdom’s top military generals at the Saudi Defense Ministry. The rotund, 29-year-old prince had just been named the new defense minister by his father, King Salman, despite having no prior military training.

At the top of the agenda was neighboring Yemen, where Iranian-backed Houthi rebels were rapidly seizing ground. The seasoned generals gathered around the table believed Mohammed bin Salman would stick to a decades-old playbook and wait for the U.S. to come to its aid. Instead, the crown prince astonished the military brass, launching an order to “send in the F-15s.”

The audacious, high-stakes gamble by the young royal backfired. Despite possessing superior high-tech weaponry, the Saudi armed forces are not known for their military prowess. Targeting in Yemen was wildly off the mark. When ground radios failed to work, Saudi pilots had to fly low enough to use their cellphones to communicate with mission control. Mohammed bin Salman had assured his father and U.S. officials the Yemen operation would be over in a couple of months. Five years on, the Saudi-led air campaign continues. Airstrikes have killed thousands of civilians, and Yemen is now considered the largest humanitarian disaster in the world.

The crown prince’s dangerous miscalculation in Yemen appears early in Blood and Oil, an engrossing new book about the meteoric rise of Mohammed bin Salman and his ruthless pursuit of money and power. The authors — Bradley Hope and Justin Scheck, both reporters with The Wall Street Journal — deliver a vivid portrait of treachery and power grabs in the Saudi royal court, and attempt to uncover what drives some of the young royal’s often reckless decision-making.

Using their reporting skills, Hope and Scheck gleaned information from confidential government documents, financial filings and the largely unsuccessful business pursuits of the crown prince, colloquially known as MBS. The authors interviewed people who have interacted with the crown prince, although they are largely unnamed sources because people are simply too frightened to talk openly about him. As Blood and Oil: Mohammed bin Salman’s Ruthless Quest for Global Power unfolds, you can clearly understand their fear.

Hope and Scheck chart MBS’ evolution from an unfocused, overweight kid with a taste for McDonald’s to an increasingly brutish young man with his eye on the throne. Shortly after his father, Salman, became king, MBS began ousting or locking up rival royals, including the then-crown prince, Mohammed bin Nayef. With breathtaking speed, MBS — not quite yet 30 — amassed enormous power, effectively in charge of defense, the economy and ultimately heading up Aramco, one of the world’s largest and most profitable companies.

In 2017, his father, King Salman, tossed aside tradition, reshuffled hierarchy and made MBS, his favorite son, crown prince.

MBS may have sold his indulgent father on his vision for Saudi Arabia, which involves weaning its population off what he calls its “dependency on oil” and allowing a more open society for a burgeoning young population. To be fair, the crown prince recognized the insular kingdom was in desperate need of modernization and, equally important, foreign investment. MBS pulled in expensive Western consultants, paying as McKinsey and Boston Consulting Group tens of millions of dollars for a wealth of charts and some good suggestions, including finally allowing women to drive.

That helped burnish the crown prince’s reputation as a reformer — a young and dynamic royal impatient to drag Saudi Arabia into the 21st century. MBS was feted by high-profile columnists and Western politicians, including President Trump. The book has particularly amusing accounts of White House chaos trying to organize Trump’s visit to Saudi Arabia shortly after he took office. International bankers, entertainment moguls and business leaders jetted into Riyadh in October 2017 to attend a glittery investment conference dubbed Davos in the Desert to try to get in on the action in the kingdom awash with oil money. The highly successful conference seemed to say MBS had arrived.

But as Hope and Scheck unveil, below the veneer of a reformer lay the heart of an autocrat. Within days of the Davos in the Desert, MBS began rounding up hundreds of wealthy Saudis — powerful businessmen, senior royals and religious figures, who he claimed had gained their money illegally. Now the crown prince, with his own extravagant and expensive tastes, wanted the money back. Much has been written on this almost bizarre episode, but the authors provide good detail — such as in-house tailors sewing up hundreds of white robes for the detainees — and context about what led to the so-called Sheikhdown that brought in tens of billions of dollars in cash and assets. All the settlements were settled in private.

This was followed by other erratic moves by the crown prince, including kidnapping now former Lebanese Prime Minister Saad Hariri and ordering a blockade of the neighboring Gulf state of Qatar because MBS perceived both were being soft on Iran. The crown prince and close advisors began tracking dissidents or anyone criticizing MBS or the kingdom, threatening them, locking them up or worse.

That included Jamal Khashoggi, a well-connected, internationally known journalist — and vocal critic of the crown prince. Hope and Scheck tread carefully through the horror of Khashoggi’s death at the hands of a Saudi “kill” team. That includes the cool, detached way the team were caught on secret recordings talking about how to dismember a body before Khashoggi had even entered the Saudi consulate in Istanbul, the outright denials by MBS and other royals, the shifting stories and the incredulity in the royal court over the outrage over Khashoggi’s killing.

I wondered as I read this book, as I’ve wondered during my own reporting on MBS and Saudi Arabia: Where is his father? Why has King Salman not laid a restraining hand on his son after so many impulsive and ruinous decisions?

There certainly weren’t any calls for restraint from the White House. President Trump brushed aside U.S. intelligence agencies’ assessment that MBS played a role in Khashoggi’s killing, saying the kingdom was an important business partner.

Other powerful business figures also cut MBS slack. As Hope and Scheck point out, at the end of the day, the crown prince of the oil-rich kingdom is capable of moving global markets. And the impetuous and dangerous young royal could very likely lead Saudi Arabia for the next half century.