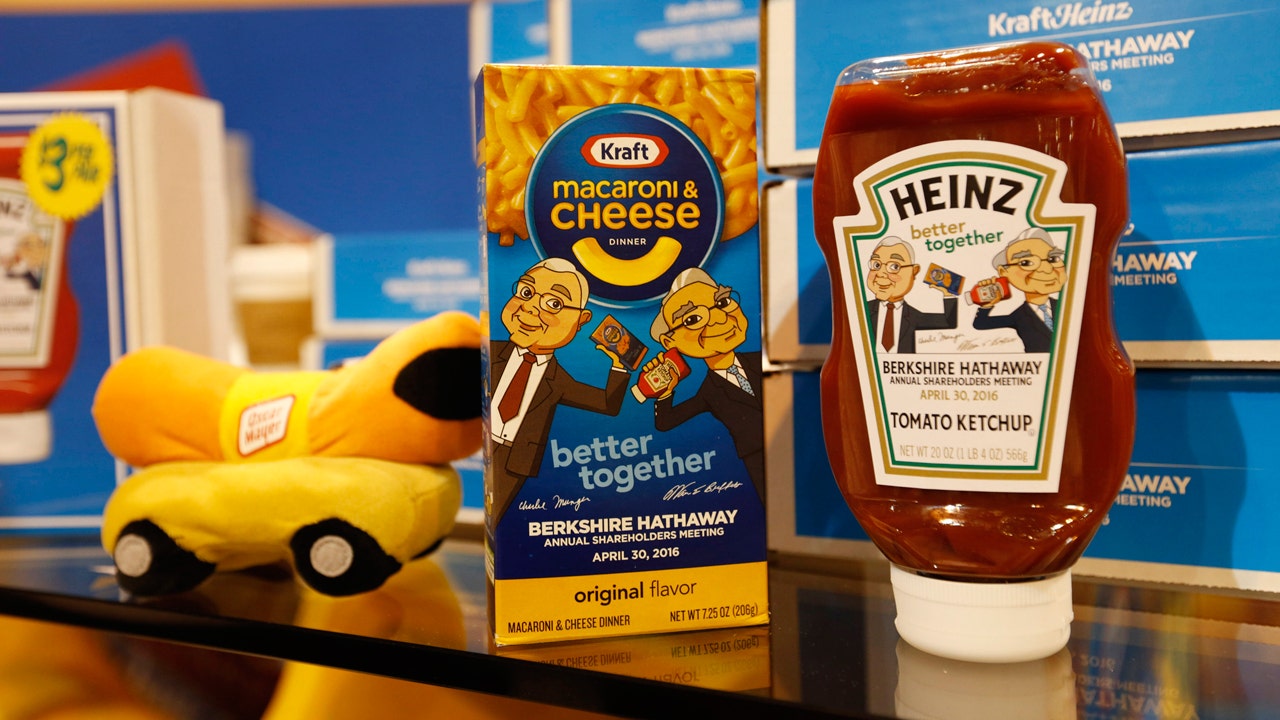 Debt-ratings company Fitch cut its credit score for The Kraft Heinz Co. to BB+, the highest level of junk, dealing another blow to one of billionaire Warren Buffett’s biggest stock holdings.

The Friday downgrade pushed shares of the Chicago-based food giant to their lowest level since October. Buffett’s Berkshire Hathaway is Kraft’s largest shareholder, with a stake of 325.6 million shares, or 27% of the company.

She also noted Kraft’s forecast, which signaled ebitda would drop 8 percent in 2020. The company said it’s still committed to maintaining its quarterly dividend of 40 cents a share.

“We believe it’s important to Kraft Heinz shareholders to maintain our dividend during this time of transformation,” Michael Mullen, senior vice president of corporate affairs at Kraft Heinz, told FOX Business in a statement. “We also remain committed to reducing leverage over time as we reposition the company for sustainable growth and returns.”

The downgrade, which comes after Kraft Heinz reported a 5.1% drop in quarterly sales amid softening U.S. demand for its cheese, coffee, bacon and other products, may worsen Buffett’s case of buyer’s remorse.

Berkshire has taken nearly $17 billion worth of writedowns on the investment, and Buffett has already admitted that he paid too much.

Berkshire and 3G Capital joined forces in July 2015 to combine Kraft Foods and H.J. Heinz, which Berkshire purchased in 2013.

Walmart said Tuesday it is deploying an emergency employee leave program as the…
Share this...