The scope of destruction from a blaze in California’s famed Napa Valley wine region is mounting as the state has seen a record number of acres scorched by wildfires in 2020.

Cal Fire said the state set a grim record Sunday as 4 million acres have been burned by wildfires, an area larger than the state of Connecticut.

“The 4 million mark is unfathomable. It boggles the mind, and it takes your breath away,” Cal Fire spokesman Scott McLean said Sunday. “And that number will grow.”

The top priority of the 23 major wildfires burning across the state is the Glass Fire, which ignited a week ago and has been burning in Napa and Sonoma counties. 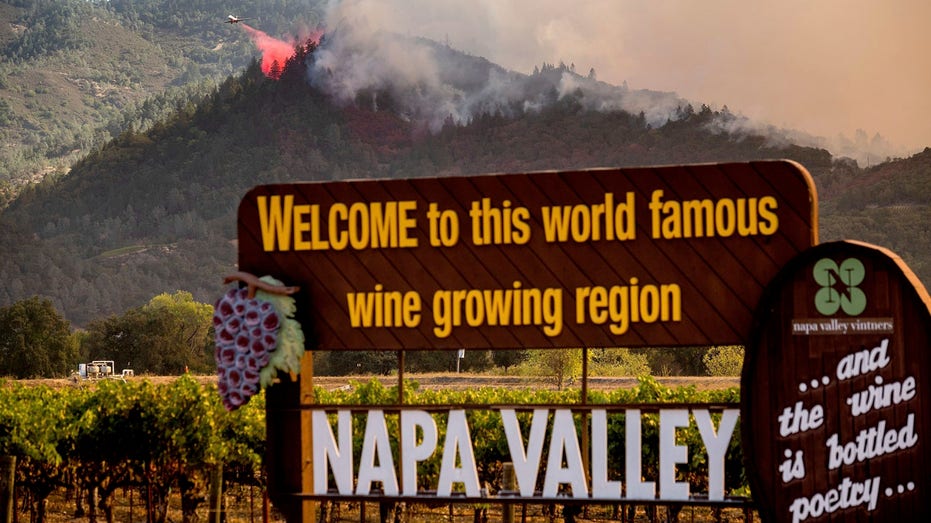 As of Sunday night, Cal Fire said the fire has burned some 64,900 acres and is 26% contained. Fire officials noted that “critically low fuel moistures” and very warm and dry weather conditions are allowing for “very active fire behavior.”

“We are seeing some relief in the weather, but it’s going to be three or four days before it really makes a difference on the fire,” Cal Fire meteorologist Tom Bird said at a Sunday news briefing.

More than 30,000 people were still under evacuation orders on Sunday, down from 70,000 earlier in the week. Among those still unable to return home are the entire 5,000-plus population of Calistoga in Napa County. Hundreds of structures have been damaged or destroyed.

The blaze has damaged or destroyed at least 17 wineries in Napa Valley as more than 215 in the region remain under mandatory evacuation orders or evacuation warnings, the San Francisco Chronicle reported Sunday. 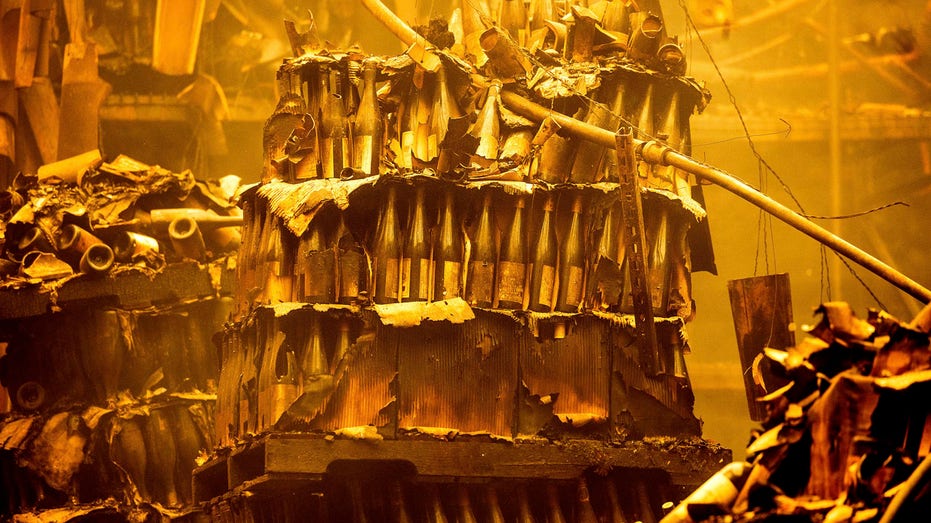 “The toughest thing is that there just doesn’t seem to be an end to this,” Justin Hunnicutt Stephens of Hunnicutt Wine Co. told the newspaper.

According to the Chronicle, the wineries that have seen damage include Chateau Boswell, Hunnicutt, Hourglass, Dutch Henry, Fairwinds, Burgess Cellars and Castello di Amorosa. 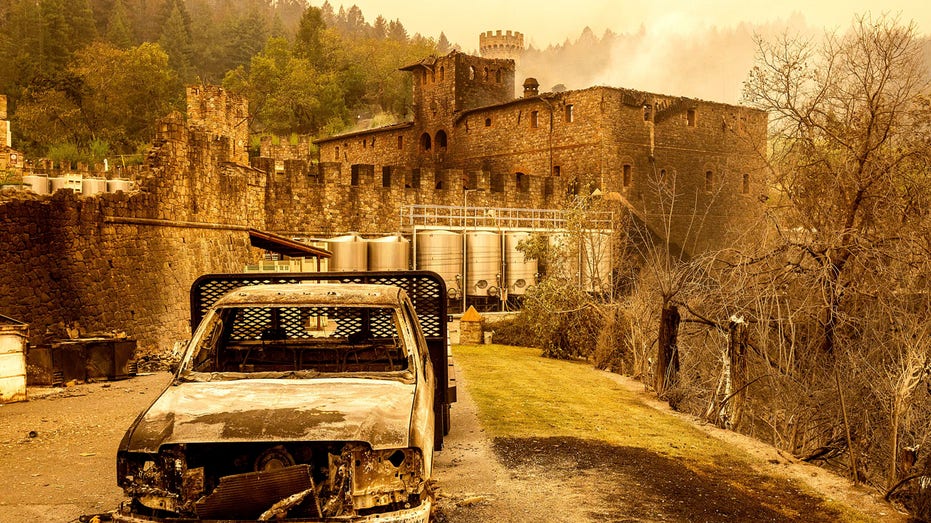 A damaged vehicle and wine warehouse stand, Monday, Sept. 28, 2020, in Calistoga, Calif., at Castello di Amorosa, which was damaged in the Glass Fire. (AP Photo/Noah Berger) 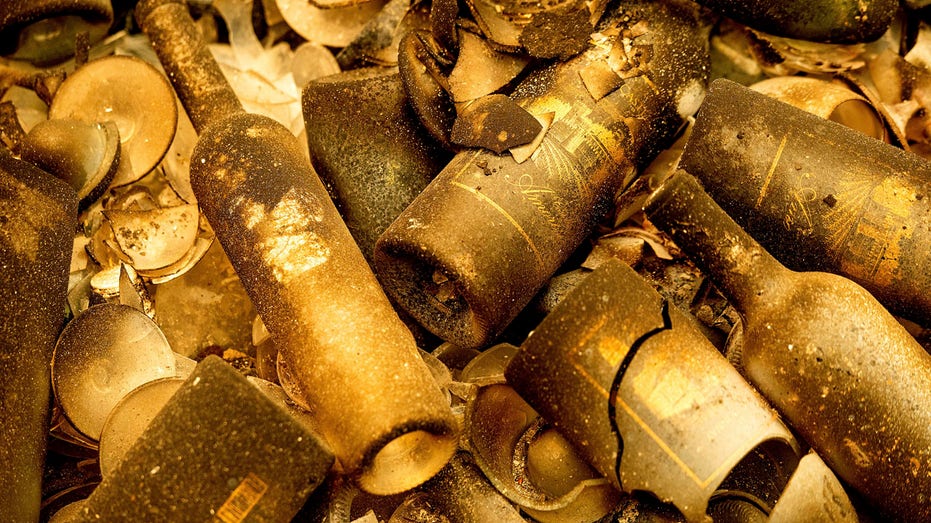 While others have emerged unscathed, vintners have said this most recent fire is forcing them to wrap up this season’s harvest as soon as possible due to fruit left on the vines being exposed to yet more wildfire smoke.

Sixty-six wildfires of 100 acres or greater continue to burn across the western US, but in some of the harder-hit locations across California the weather is improving.

For the first time in weeks, there are no fire weather advisories across the state.

Cooler temperatures, more humidity and less wind are expected for the next few days. Unfortunately, conditions have worsened in the central West. 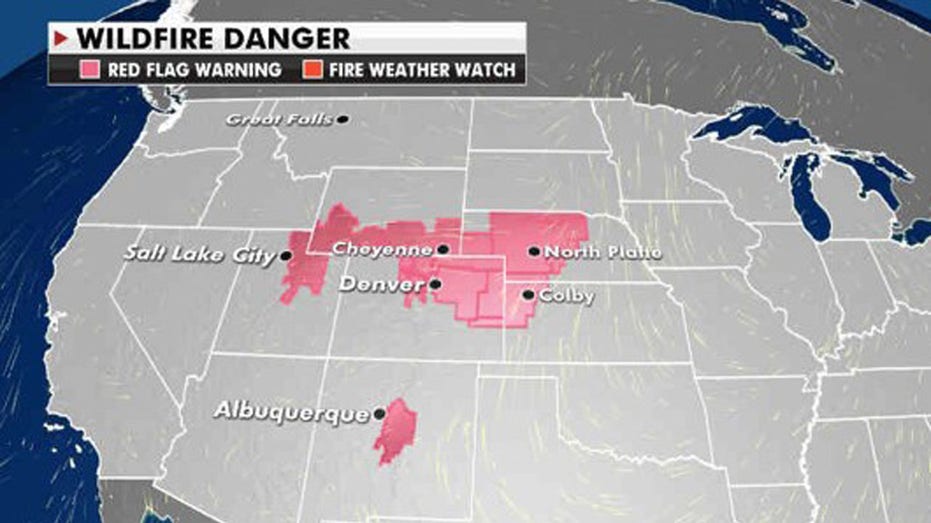 The wildfire risk has shifted east over the central parts of the West and into the Plains for Monday, Oct. 5, 2020. (Fox News)

With dry conditions and daytime highs climbing into the 80s, red flag warnings have been issued on Monday across portions of Utah, Wyoming, Colorado, Kansas and Nebraska.

Fox News’ Adam Klotz and the Associated Press contributed to this report.