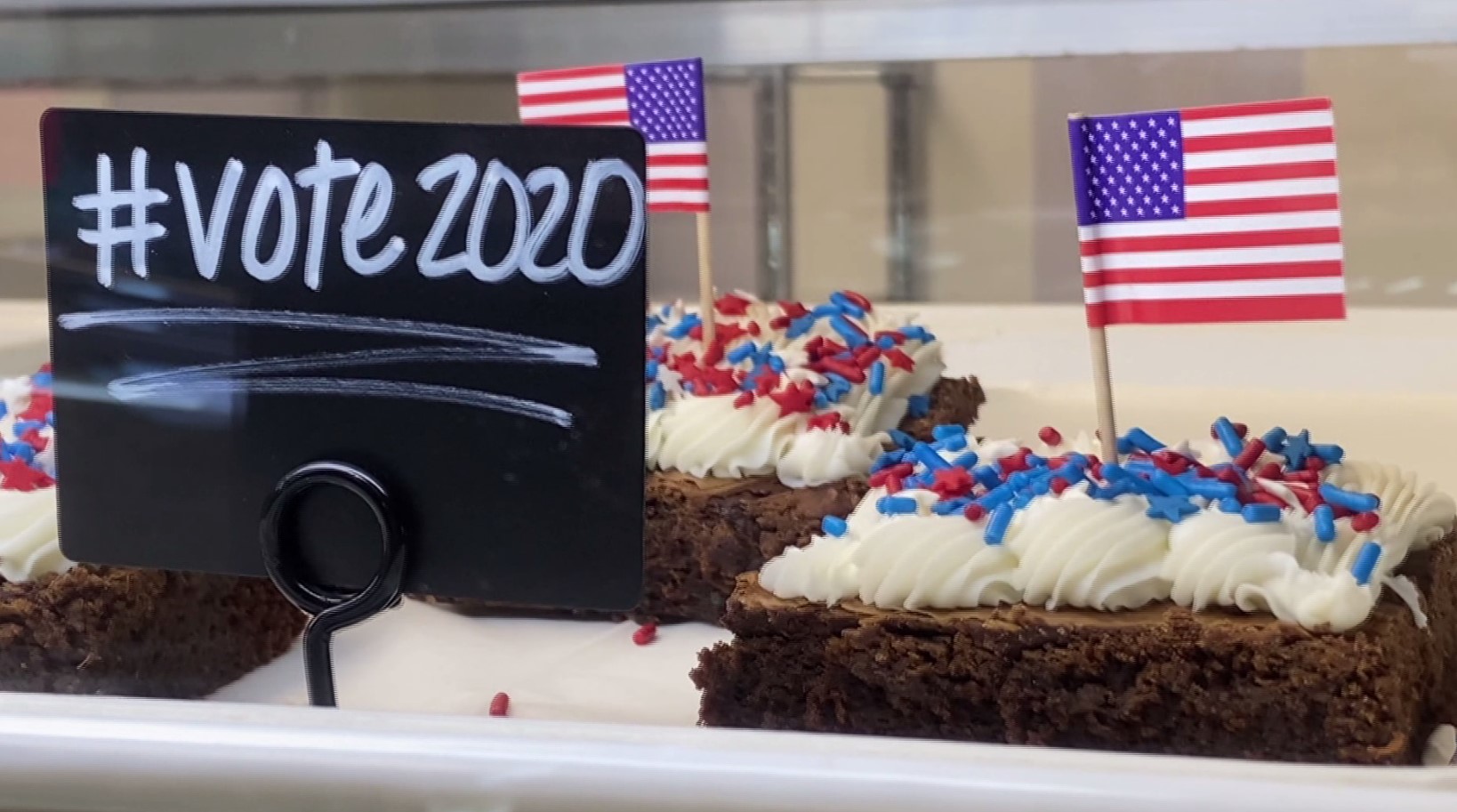 There’s more than politics on the menu at one Southwest Florida business, where they’re dishing up delicious cakes and cupcakes with patriotic themes.

This Election Day means a lot to Bess Charles, whose passion this election season drove her to the polls for the first time.

“I had never felt as passionate as I do this year to go out and vote. So I voted,” she said.

Charles, who owns Lady Cakes Bakery in Cape Coral, then used that same passion by creating patriotic treats on Tuesday.

“It’s a divided bakery. We have people who support each candidate here at the bakery. So we didn’t want to make that known but you’ll see the red, blue, and white, which supports both.”

Charles’ main message to her customers is to get out and vote.

And when you’re done, treat yourself to something sweet. Charles said she thinks a lot of people will be glad when this election is over.

She said her goal was to bring red and blue together, which is why there aren’t any Trump- or Biden-specific treats in her bakery.