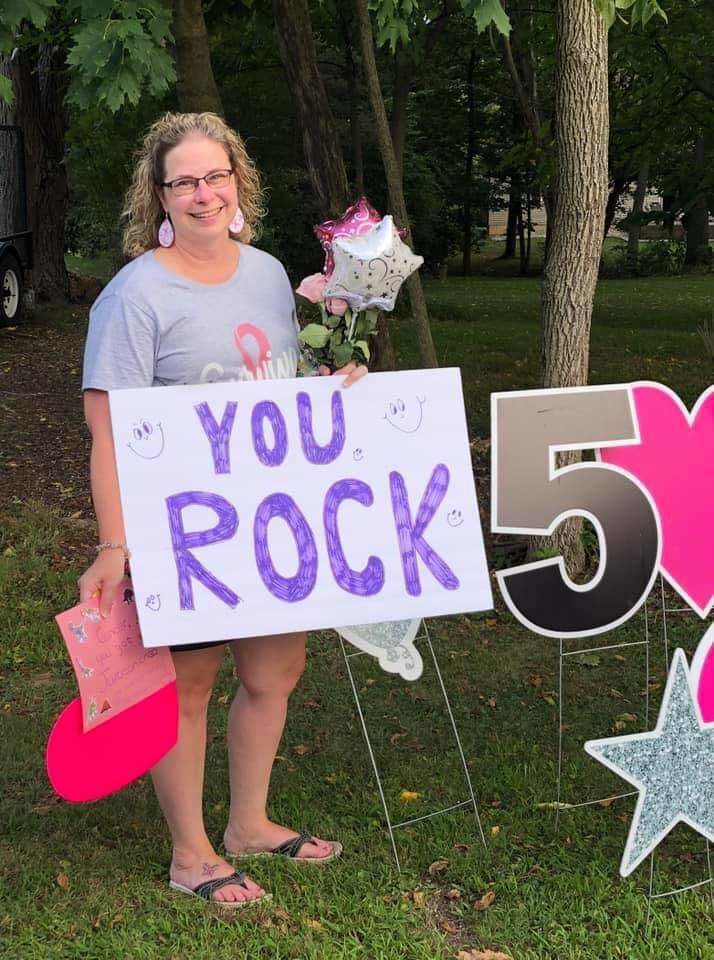 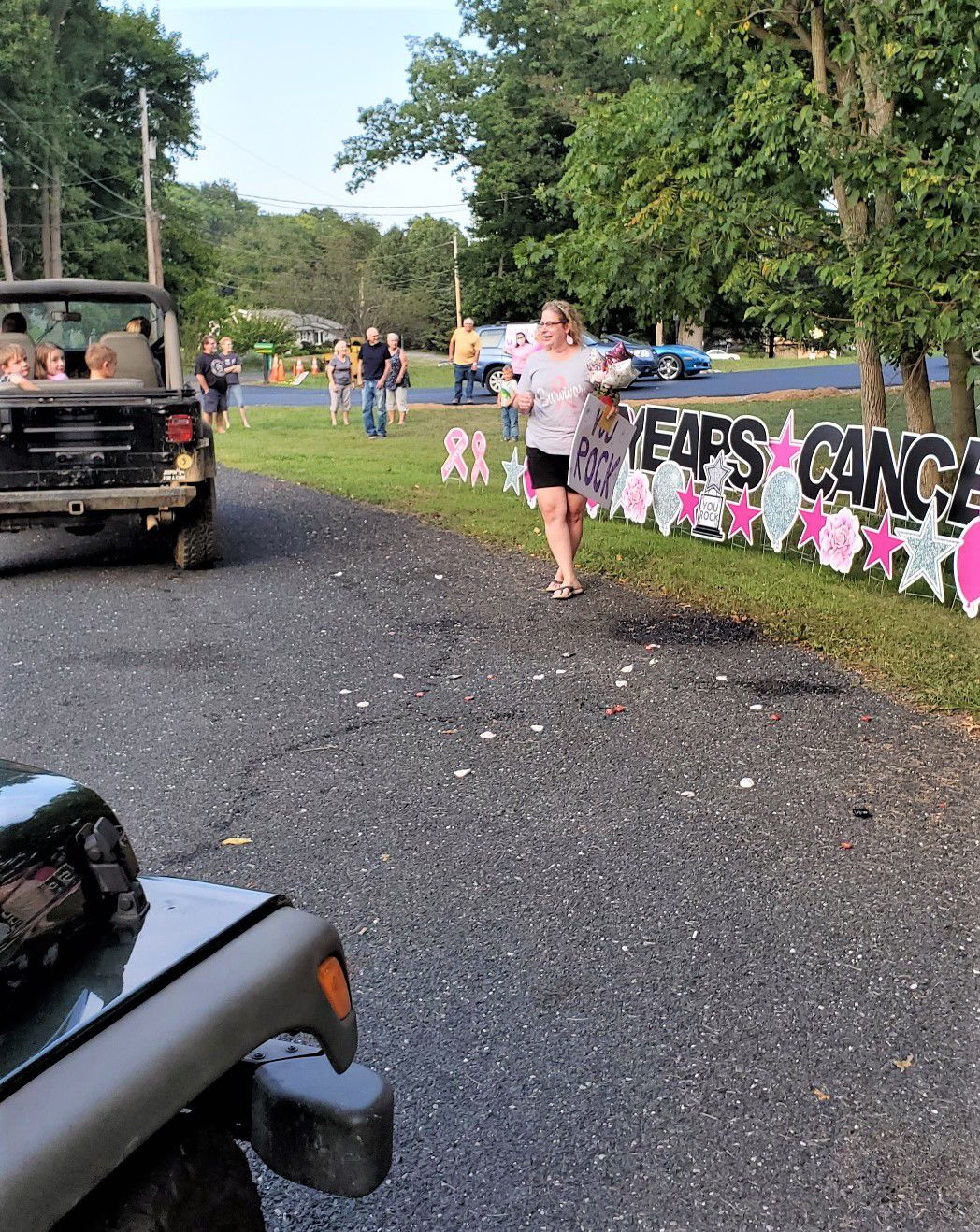 In the five years since her initial diagnosis, Wendy Wolpert says she has “learned more about cancer than I ever wanted to know.”

Tuesday was a day of celebration for the first-grade teacher at Newville Elementary School as she marked her five-year “cancerversary.” In other words, she’s been cancer-free since Aug. 25, 2015.

Five years of clean medical scans is an important milestone for cancer survivors. According to the National Cancer Institute, a person who remains in complete cancer remission for five years or more is considered cured by some doctors. Cancers that return usually do so within the first five years after a patient’s treatment.

On Tuesday evening, a caravan of cheering supporters idled past Wolport’s Carlisle home for a surprise drive-by celebrating her milestone. The joyous event was organized by Wolpert’s husband, Cole, whom she described as being “extremely supportive” throughout her cancer path.

“I had no doubt that Wendy was going to get through this. Just watching her deal with the cancer and the strength that she showed gave me the strength to stand by her,” Cole Wolpert said last week.

Although Wendy Wolpert, 43, was first diagnosed with Stage 3 breast cancer on Feb. 28, 2015, she considers Aug. 25 of that year as her first day of becoming cancer free. On that date five years ago, her final traces of cancer were removed by a radical double mastectomy procedure.

Wendy Wolpert’s surgery was sandwiched between 12 rounds of chemotherapy from March to July 2015 followed by 30 rounds of radiation from October to December 2015. Since 2015, she’s also endured eight reconstruction surgeries.

Wendy Wolpert said she didn’t miss as many days in her classroom at Newville Elementary as she initially expected. Since her diagnosis, she’s only taken one extended leave at the start of the 2015-16 school year and directly after cancer surgery. Eight weeks later, she returned to work part-time through December 2015, returning to full-time status after completing radiation treatments.

“My colleagues (at Newville Elementary School) with all their support and care motivated me,” Wendy Wolpert said. Students past and present also continue to show their care and concern, stopping by the classroom for visits and sending her emails and drawings.

Despite her five years cancer free, the National Cancer Institute warns that cancer cells can remain within a cancer survivor for years after treatment and could result in the disease returning one day. For this reason, Wendy Wolpert continues to get scanned every six months and expects to do so indeterminately. She credits the care of her UMPC Pinnacle doctors — Katherine Barton, Theresa Lee and Theodore Foley.

So what has she learned?

After testing positive for the CHEK2 gene, Pinckney, of Newville, underwent chemotherapy and radiation treatments and surgery for breast cancer 16 months after her sister was diagnosed.