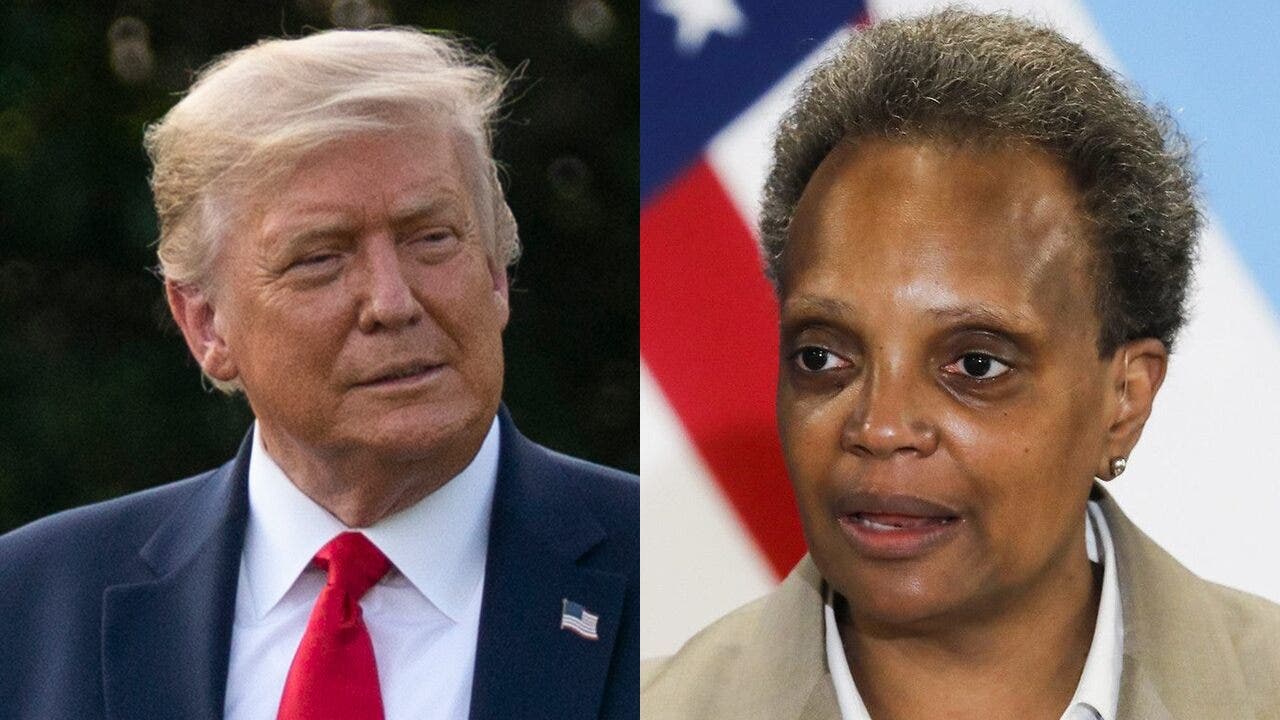 “I think all roads lead back to Donald Trump,” Lightfoot said, according to the Chicago Tribune. “Unfortunately, every single time he attacks a public official, and I know this personally, there are those who take that as license to come after us.”

Lightfoot and Trump have a long history of sparring, with the president repeatedly describing Chicago as a cesspool of violence and blaming Democratic leadership and Lightfoot accusing him of mischaracterizing the city to score political points.

SUSPECTS IN WHITMER PLOT PHOTOGRAPHED WITH GUNS AT CAPITOL

Lightfoot and other prominent Democrats, including former Vice President Joe Biden and Whitmer, say an April tweet from Trump urging people to “Liberate Michigan!” is to blame for the plot against the governor.

“President Trump has continually condemned white supremacists and all forms of hate,” White House Press Secretary Kayleigh McEnany said in response to a query from Fox News. “America stands united against hate and in support of our federal law enforcement who stopped this plot.”

The president has argued that Whitmer’s lockdowns aimed at slowing the spread of COVID-19, which are some of the most severe in the country, went too far. Last week, the Michigan Supreme Court agreed, ruling they should not have been extended past April 30.

Members of the militia group Wolverine Watchmen, or associates of the group, are facing charges at both the federal and state levels after the FBI uncovered a plot to target law enforcement officers; incite violence to begin a civil war that leads to societal collapse; and engaging in planning and training for an operation to attack the state Capitol and kidnap government officials, including Whitmer.

The timing of the plot against Whitmer and law enforcement officials is unclear.

The criminal complaint said the FBI in early 2020 first learned via social media that a group was planning the overthrow of certain government and law enforcement components.

A local police department alerted the FBI about the group in March.

At the group’s first meeting about the operation, which discussed both peaceful and violent solutions, some members discussed state governments they believed to be violating the U.S. Constitution.