As tensions with Beijing continue to rise amid the fallout over its handling of the coronavirus, a new report sheds light on the alleged nefarious movements of the Chinese Communist Party (CCP) across Africa.

The report by the Heritage Foundation, obtained exclusively by Fox News and titled “Government Buildings in Africa Are a Likely Vector for Chinese Spying,” asserts that “Beijing likely has better surveillance access to Africa than anywhere else by having built or renovated at least 186 African government buildings,” and that the government “likely uses surveillance to, among other things, advantage its companies competing for contracts, spy on U.S. officials, and influence African officials.”

Joshua Meservey, the report’s author and Senior Policy Analyst for Africa and the Middle East at the Heritage Foundation, told Fox News: “The building spree is just one element of an extraordinary effort by Beijing to curry favor with African governments, and all evidence suggests it has been hugely successful.

“Beijing is challenging the U.S.-led global order that has brought unprecedented prosperity and stability to the world, including to the U.S. It wants to upend that system in favor of one so structured that no one dare oppose Beijing’s’s plans.”

The report underscores that China’s two-decade-long blitz of engagement in Africa has likely given it extensive surveillance access to the continent. Chinese companies, all of which are legally obliged to help the CCP gather intelligence, have built at least 186 government buildings in Africa and at least 14 sensitive intra-governmental telecommunication networks. 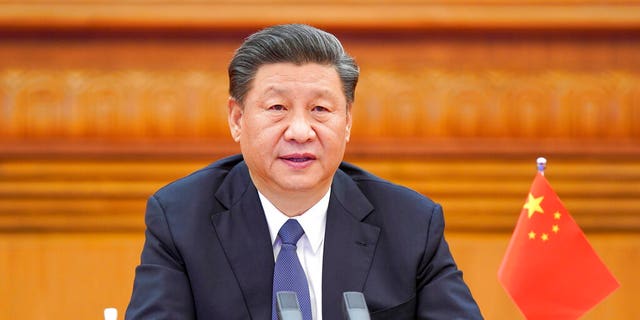 In this photo released by Xinhua News Agency, Chinese President Xi Jinping attends the G20 Extraordinary Virtual Leaders’ Summit on COVID-19 via video link in Beijing, capital of China, March 26, 2020. Leaders of the world’s most powerful economies convened virtually on Thursday with the aim of coordinating a global response to the fast-spreading coronavirus, which has shuttered businesses and forced well over a quarter of the world’s population into home isolation. (Li Xueren/Xinhua via AP)

In addition, Beijing is documented to have also donated computers to at least 35 African governments.

“The wealth of information the CCP probably gathers in Africa presents four primary dangers for the U.S., as that information could be used to facilitate Beijing’s’s influence operations on the continent; recruit intelligence assets at senior levels of African governments; and gain insight into U.S. diplomatic strategies, military counterterrorism operations, or joint military exercises,” the report states.

Meservey’s findings also emphasize that at least 40 of Africa’s 54 countries have a government building constructed by a Chinese company.

“Given the difficulty of gathering comprehensive data on independent China’s nearly seven decades of engagement with Africa, these numbers are almost certainly an undercount,” he writes.

Meservey further noted in an interview with Fox News that, in the African context, many African governments know that embedded within Chinese engagement—its loans, aid, and cultural exchanges—is spying, espionage, and influence operations.

“My sense is that African rulers do not believe there is anything so valuable that it is worth risking the relationship with China. Some African rulers also personally benefit from engaging with China—swanky government buildings are just one example—which influences them towards being less wary of Chinese espionage than they might otherwise be,” he said.

The report makes particular mention of Beijing’s apparent use of “private companies,” given that all Chinese Internet companies are subject to their leadership’s mandate that they cooperate with the government to reduce users” anonymity.

“Chinese government documents reveal that data collected from smart city technology is sent back to China for analysis that helps the CCP in its public diplomacy efforts. A pattern has also emerged of widespread backdoors in Chinese technology companies” products that they are slow or refuse to fix,” the report states, citing 2019 analysis from a cybersecurity firm which revealed that “more than half the Huawei devices it tested had at least one possible backdoor that could allow unauthorized users access to the devices—a far higher rate of vulnerability than devices from other companies.”

The Heritage report also brings to light the impact these activities have on the United States, noting that Washington “should try to complicate Beijing’s’s surveillance of an important continent as part of a strategic response to the CCP’s effort to reshape the global order,” given that the espionage activities of Beijing, according to a recent U.S. Trade Representative investigation, costs Americans more than $50 billion per year. 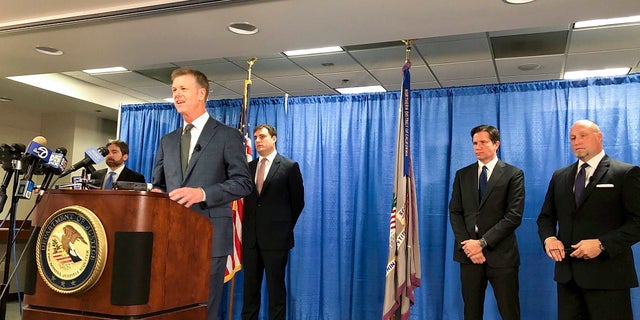 “If Beijing’s surveillance blankets the most sensitive offices of some African governments, the CCP can gain insights into leaders” personalities, habits, and preferences that would help Beijing tailor its influence campaigns directed at senior leaders,” Meservey noted. “Building such influence is important to achieving the CCP’s goal of becoming an unassailable global power. If it succeeds, the U.S.’s own global power would diminish, given the incompatibility of the American and Chinese political systems.”

The effort is seemingly paying dividends in Africa, as “the governments there are usually reliable Chinese allies in international forums.” Moreover, Beijing’s spying “could pick up sensitive conversations between senior American officials and their African counterparts. That would include U.S. military officers who frequently meet with senior African officials to discuss joint military exercises, counterterrorism operations, and other activities it would be best not to divulge to a competitor like China.”

“Beijing understands that economic might is the core element of overall national strength. With its ongoing economic espionage against the U.S., Beijing simultaneously strengthens itself and hurts the U.S., a double win for it,” Meservey added. “The fact that Beijing likely has virtually unimpeded surveillance access to many African governments heightens the danger for American companies, especially tech companies, that are increasingly interested in Africa and engaging with African governments.”