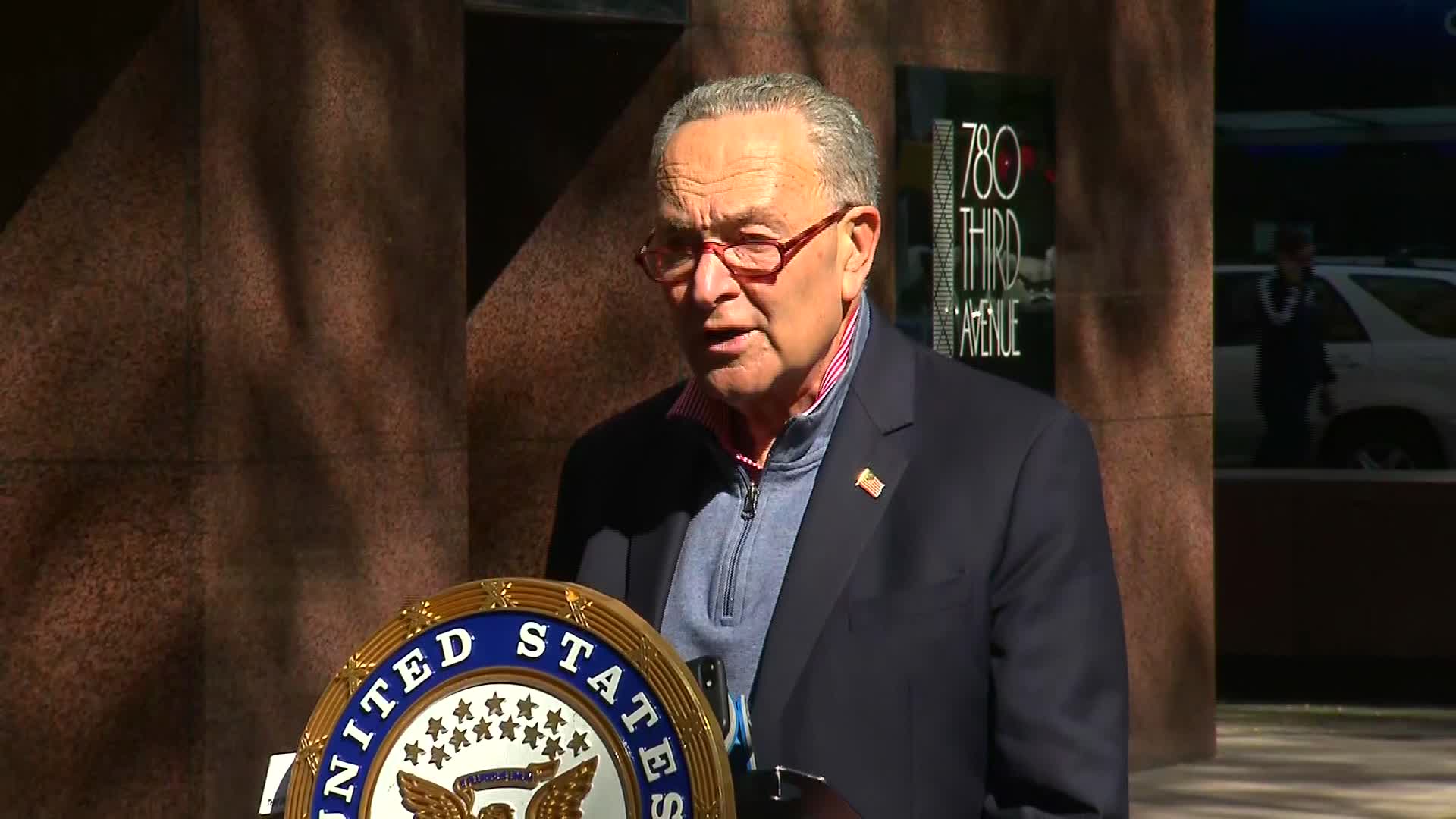 Schumer — who at the beginning of the press conference held up a picture of the Rose Garden ceremony and alleged attendees were “encouraged to take off their masks,” when they got inside — said it makes no sense to hold hearings on Barrett.

It “makes no sense” to hold hearings on Judge Barrett despite three senators testing positive for coronavirus and McConnell saying it’s not safe for the Senate to meet in session, Schumer said, adding that McConnell is also endangering Hill staff as well.

Though Democrats cannot stop virtual hearings from taking place, Schumer said Democrats will procedurally use “every tool in the toolbox” to delay any future votes in committee or on the Senate floor.

He did not disclose any specifics on what those measures would be.

“We all know the President’s cavalier attitude towards Covid, towards masks, towards social distancing, has endangered many people, including himself,” Schumer continued.

He demanded full transparency on Trump’s health, along with anyone who has contracted the virus in the Senate and White House.

“When you don’t have full transparency, when there’s cover-ups, contradictory statements, even lying about something as vital to the nation’s security as the President’s health, the nation is severely endangered,” Schumer said.