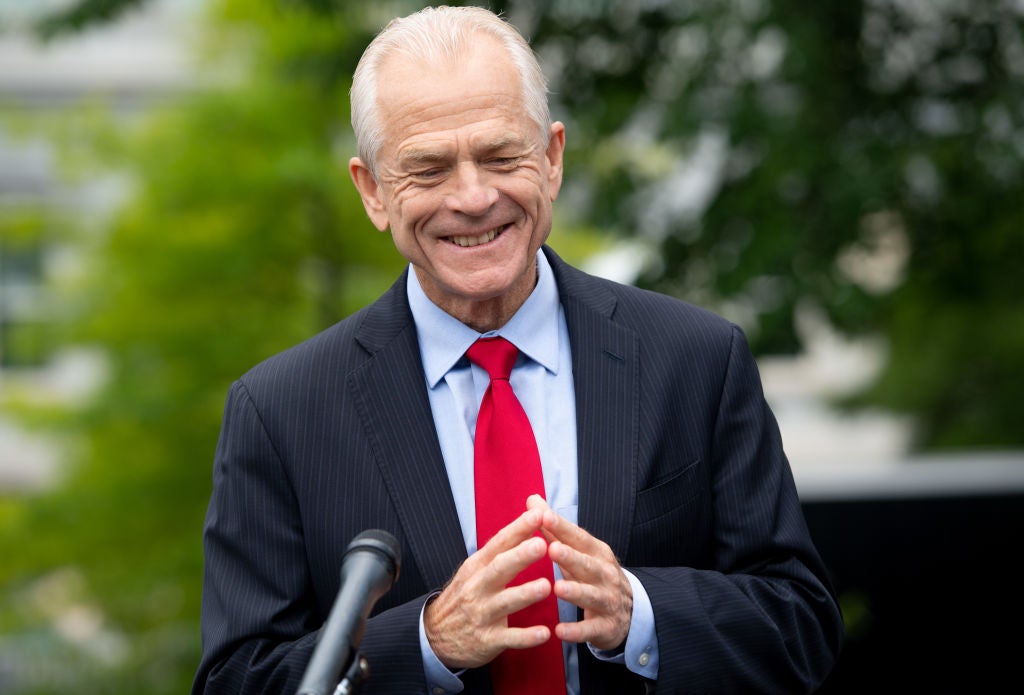 CNN host Jake Tapper abruptly ended his interview with economist Peter Navarro on Sunday after the White House adviser repeatedly failed to answer a question about Donald Trump misleading the public about the deadliness of Covid-19 earlier this year.

When Mr Tapper asked Mr Navarro to address the audio recording of Mr Trump’s private comments to Washington Post reporter Bob Woodward in February about how “deadly” the coronavirus pandemic was — even as he was publicly likening it to the common flu — Mr Navarro swerved into a long rundown of the Trump administration’s actions on the health crisis.

“I’m not giving you 10 minutes to do this,” the CNN host said in an attempt to return to the question at hand about Mr Trump’s attempt to purposely mislead the American people. “I’m specifically talking about what President Trump was saying to the public in February and March,” Mr Tapper said.

Amid a back-and-forth of interruptions and accusations from Mr Tapper that Mr Navarro wasn’t answering the question, the White House adviser fired back, “I am answering your question. You just don’t like the answer.”

With the conversation obviously going nowhere, Mr Tapper attempted to wrap the subject.

“[Trump] was not honest with the American people. You’re not answering the question,” the CNN host said.

When CNN producers cut off Mr Navarro’s video and audio feed, Mr Tapper capped the segment with a damning statistic:

Senate Republicans last week mostly came to the president’s defence over the contradictions between his early public statements downplaying the coronavirus and his private conversations with Mr Woodward for his book, Rage, acknowledging the severity of the threat it posed.

“I don’t feel like he was ever lying to anybody. He’s a hopeful, upbeat, positive person,” the North Dakota Republican said. “The gravity of it, when it was becoming clearer, was also reflected by him.”

Mr Trump’s messaging about Covid-19 has been wildly inconsistent as he has tried to express optimism about the disease “going away.”

For instance, the Trump administration pushed to open schools this fall for in-person classes because, as the president said as recently as 5 August, “this thing’s going away. It will go away like things go away.”

The US was fending off a second spike in new cases at the time of those comments.

Mr Trump admitted to Mr Woodward in a recorded conversation on 19 March that it was part of his coronavirus strategy to publicly “play it down” to avoid a “panic” among the people.