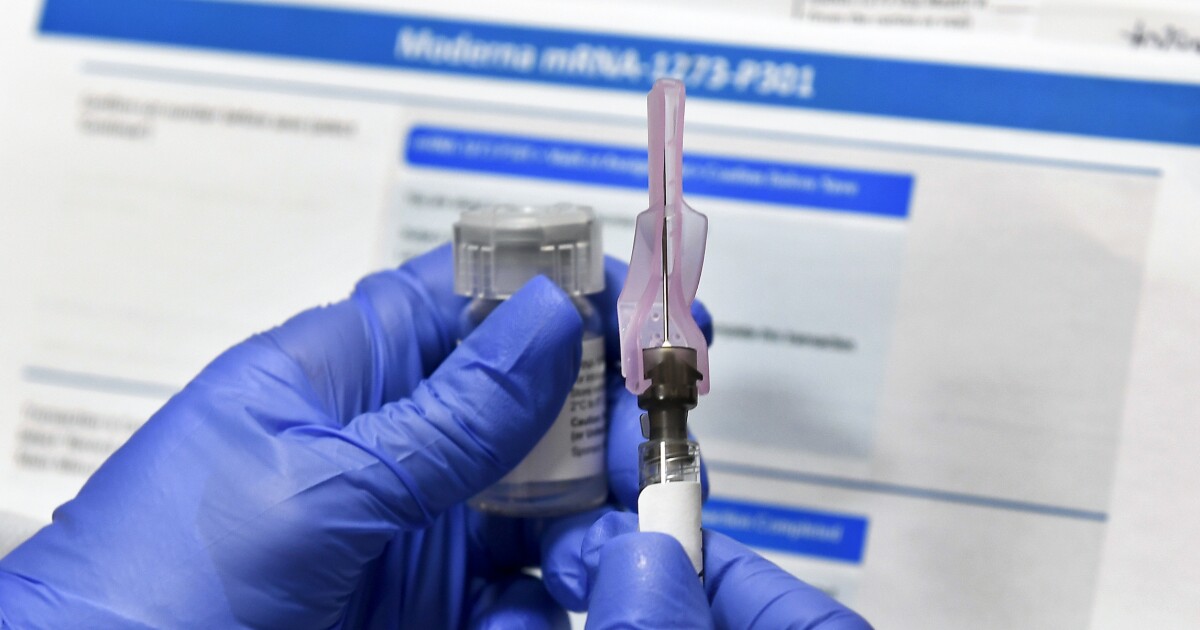 AstraZeneca announced Tuesday that clinical trials for its coronavirus vaccine have been placed on hold due to a suspected serious adverse reaction in a patient in the United Kingdom.

A spokesperson from the company said that the decision to pause the clinical trial, which enrolled thousands of volunteers, was part of “a routine action which has to happen whenever there is a potentially unexplained illness in one of the trials, while it is investigated, ensuring we maintain the integrity of the trials,” according to Stat.

It remains unknown whether the company put the trial on hold voluntarily or how long the hold will last, but the spokesperson said the company is “working to expedite the review of the single event to minimize any potential impact on the trial timeline.”

The AstraZeneca vaccine candidate, developed along with the University of Oxford, is one of nine in phase three clinical trials.

The company did not disclose additional information about the adverse health effect in the U.K. patient. The company spokesperson said that “in large trials illnesses will happen by chance but must be independently reviewed to check this carefully.”

The spokesperson also said the company is “committed to the safety of our participants and the highest standards of conduct in our trials.”

More than 6.3 million COVID-19 infections have been confirmed in the United States, and nearly 190,000 people have died.

Dr. Anthony Fauci said that the possibility of a coronavirus vaccine before Election Day in November is “unlikely.”

The director of the National Institute of Allergy and Infectious Diseases said in an interview with PBS’s Judy Woodruff on Tuesday that a vaccine will more likely be available by the end of the year.

When asked about the possibility of a pre-Nov. 3 vaccine, Fauci responded: “Well, I think that’s unlikely. I mean, the only way you can see that scenario come true is if there are so many infections in the clinical trial sites that you get an efficacy answer sooner than you would project it.”

Teachers and staff returned to New York City school classrooms Tuesday to prepare for classes to resume. Their students, however, will not come back to school until Sept. 21, 10 days later than originally planned because teachers feared they would not be ready in time. Students will begin the year virtually either full time or part time, with in-person classes for part of the week.

Senate Republicans introduced a slimmed-down coronavirus aid package Tuesday that is likely to attract GOP support but alienate Democrats. The bill includes a new round of funding for small-business loans, healthcare, education, and child care paid for in part by rescinding more than $200 billion in previously approved but unspent coronavirus aid and by redirecting another $150 billion in untouched coronavirus aid. The measure excludes new federal aid for state and local governments, which has been a major sticking point between the GOP and Democrats, who want about $1 trillion in aid to help the government’s supplement tax revenue lost during lockdowns.

Senate Majority Leader Mitch McConnell announced Tuesday he planned a vote on the measure as early as this week, but Democrats have already shot down the proposal, saying the funding is inadequate.

Cuomo added that the ban, first announced on March 11, was “too little, too late.”

The purple tier is imposed when the COVID-19 positivity rate is consistently above 8%. Counties where the positivity rate has been between 5%-8% are permitted to move to the red tier. Under the red tier, retail operations can expand their capacity, while barbershops, salons, and gyms can reopen at reduced capacity. In counties that remain in the red tier for two weeks, schools can open for in-person instruction.

The graduate school employees’ union at the University of Michigan began a four-day strike on Tuesday to protest the university’s reopening plans, which include a lack of widely accessible coronavirus tests on the Ann Arbor campus.

“We are striking at the beginning of the year, in the midst of a pandemic, to protect our whole community,” the organization wrote on Twitter.

The Graduate Employees’ Organization is pushing for the rights of instructors to work remotely, to receive child care subsidies, and to freeze rent in campus housing.

France’s health department reported that 39 COVID-19 patients died in the hospital over the last 24 hours, a daily record since the nationwide lockdown lifted in June, the Financial Times reported.

President Emmanuel Macron on Tuesday urged people to be “collectively much more responsible and vigilant on isolating” for people who have tested positive.

British Prime Minister Boris Johnson instituted a new limit to the size of indoor and outdoor social gatherings to not exceed six people, the BBC reported Tuesday. Police will have the authority to break up groups and impose fines ranging from about $129 to more than $4,000.

“We need to act now to stop the virus spreading,” Johnson said. “So we are simplifying and strengthening the rules on social contact, making them easier to understand and for the police to enforce.”