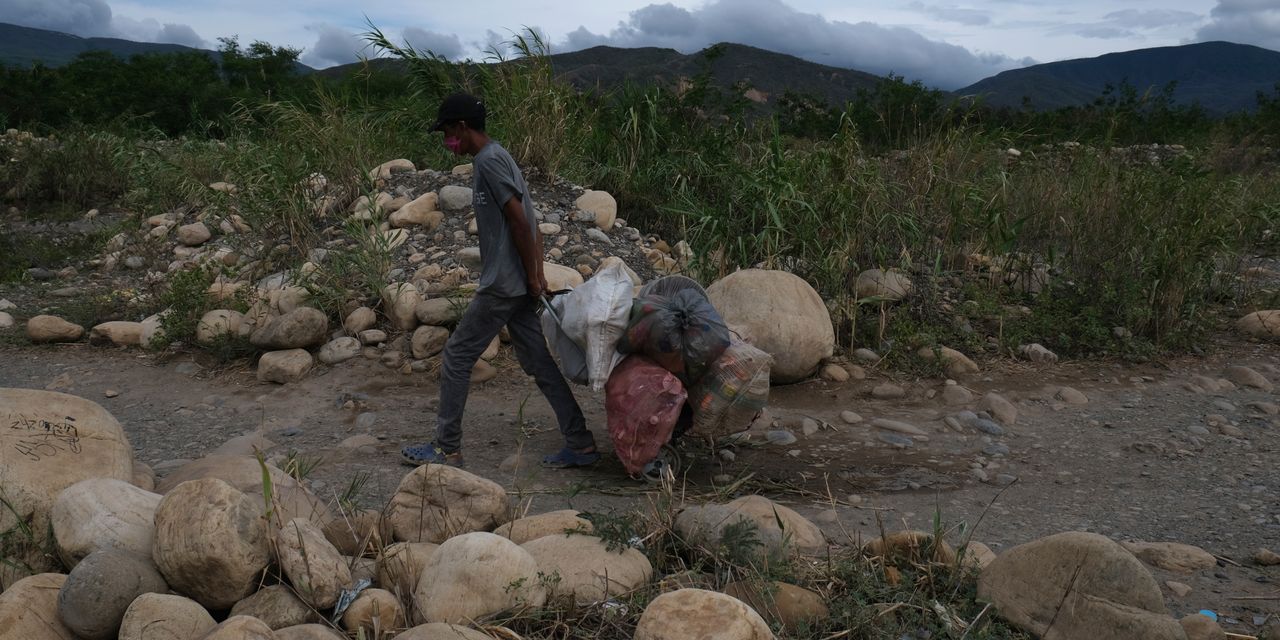 CHOCONTÁ, Colombia—Haggard and hungry, Nelson Torrelles took a midmorning breather at a truck stop after walking for hours with his wife and 5-year-old daughter along a Colombian highway leading back to their home in Venezuela. Three hundred more miles, many to be covered on foot, remained.

The Torrelles family are among the five million Venezuelans who have since 2014 fled their country, escaping hunger, crime, unemployment and an authoritarian regime. More than 100,000 of these migrants have opted to return to Venezuela since March when coronavirus lockdowns shattered the lives they were rebuilding in Colombia, Peru and other Latin American countries.

Many returnees have set off on foot, pulling roller suitcases, pushing shopping carts piled high with their belongings, and pleading for food and rides along the way. What awaits in Venezuela is more hardship—state-run quarantine centers for returning migrants and, once released, the daily struggle to secure food in a country widely considered a humanitarian disaster.

“I wanted to stay put in Colombia to build a better future for my daughter. But we have to go back,” Mr. Torrelles said here in the Colombian potato-farming town of Chocontá, a three-day trek from his starting point of Bogotá but two mountain ranges away from his Venezuelan hometown of Acarigua.

When Colombia’s economy closed down in March, Mr. Torrelles, 30, lost his job waiting tables at a Bogotá barbecue joint. His landlord evicted the family for falling behind on rent. Like many of the returnees, he and his wife, Betania Torrelles, plan to ride out the pandemic with family and friends back in Venezuela where, bad as things are, at least he won’t have to pay for lodging.