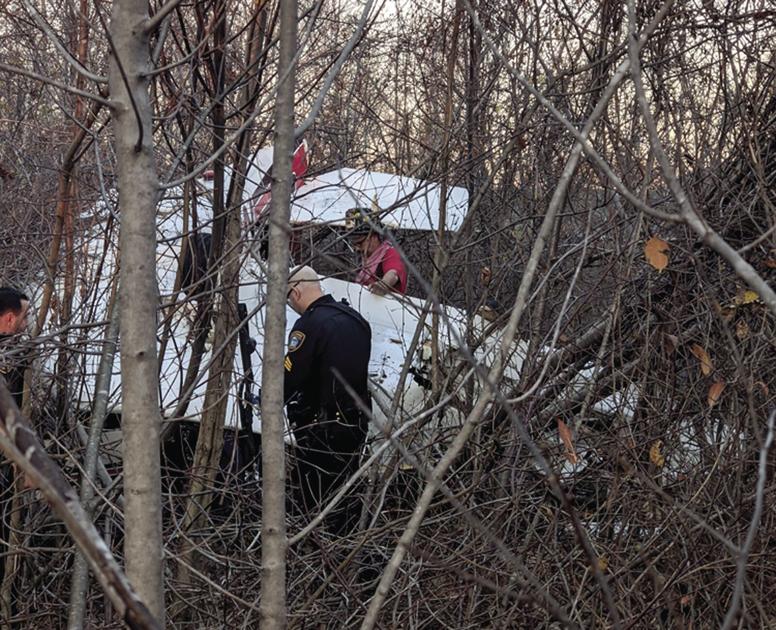 GILFORD — A pilot was unharmed and his passenger sustained only superficial injuries when their plane crashed short of the runway at Laconia Municipal Airport and landed in a thicket of trees.

“The pilot became disoriented by the blinding sun, which was in his eyes, and he was lower than he thought he was,” Everson said.

On the approach the plane had flown over the top of Patrick’s Place mini mall when seconds later it clipped the top of a maple tree, causing the aircraft to flip over and crash upside down with its tail toward the main runway in a thickly wooded area just east of the runway.

Everson declined to identify the pilot, except to say he was from New Hampshire. The passenger was the pilot’s teenage son, he said.

The pilot was uninjured, but firefighters needed to extricate him from the aircraft because his feet were stuck in the cockpit pedals, Gilford Fire Rescue Chief Steve Carrier said. The passenger received a cut on his arm. Both men were checked out by Fire Rescue paramedics at the scene, but otherwise declined treatment, Carrier said.

Fire personnel had difficulty finding the aircraft because of the thick vegetation, Carrier said.

Everson said the aircraft was a total loss as a result of the crash. He said the plane remained in the woods, waiting for the Federal Aviation Administration to give permission for it to be moved to a location where the FAA could conduct a closer investigation.

Everson and Carrier said there was no fire and that no fuel leaked from the aircraft.