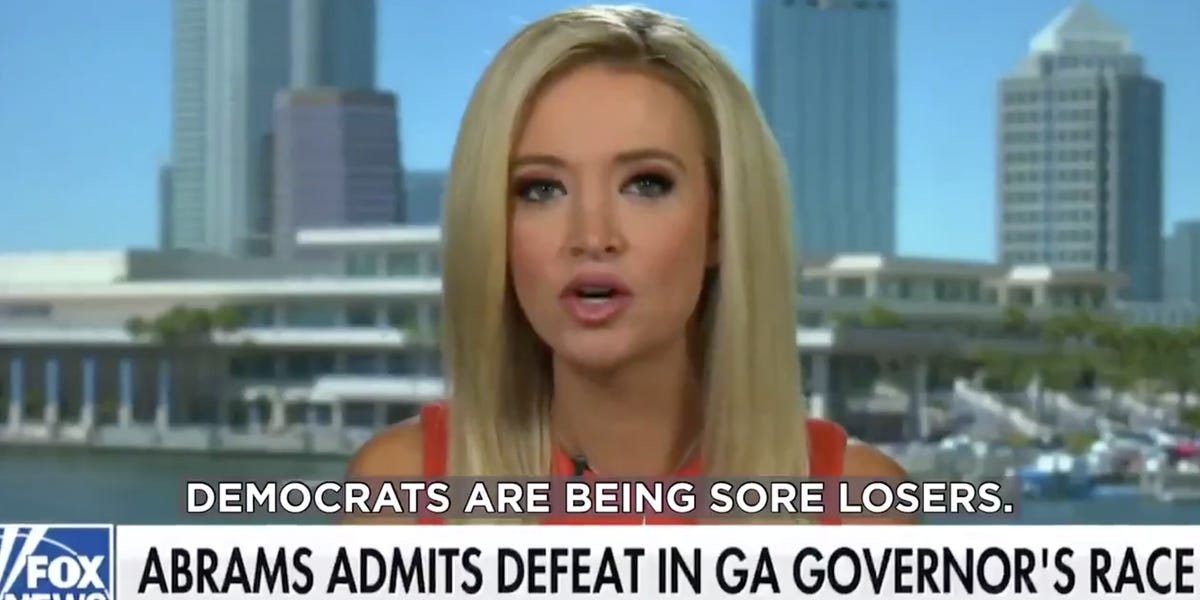 The video, with the caption “Meanwhile in 2018…” was quickly viewed more than 4 million times.

Though the video seemed to include only scenes from 2018, it was clearly meant to compare the GOP characterization of Democrats’ complaints to the Republican reaction to President-elect Joe Biden’s 2020 win.

“Democrats are being sore losers and they refuse to acknowledge they lost the election, so what do they do? They cry malfeasance, wrongdoing, criminality, fraud,” McEnany said in the video.

At the time, she was a spokeswoman for the Republican National Committee who had not yet started work as President Donald Trump’s White House press secretary.

Fox News’ Jeanine Pirro said in 2018: “The Democrats are refusing to accept the declared results of the national media. So how do they do this? Lo and behold, they find missing ballots.”

Pirro has also alleged election interference in 2020, retweeting Eric Trump, who called on Republicans to “fight against this fraud.”

Laura Ingraham in 2018 said: “Democrats, more so than Republicans, seem to have a problem conceding defeat.”

All of them have suggested, or backed, baseless claims of massive voter fraud and interference in the 2020 presidential election, almost exactly echoing the complaints they attributed to the Democratic Party in 2018.

Allegations of election irregularities in 2018 were made in North Carolina by the Democratic Party, resulting in a second election.

Unfounded Republican allegations in Florida in 2018 — including by Trump — led to a recount that confirmed the result.