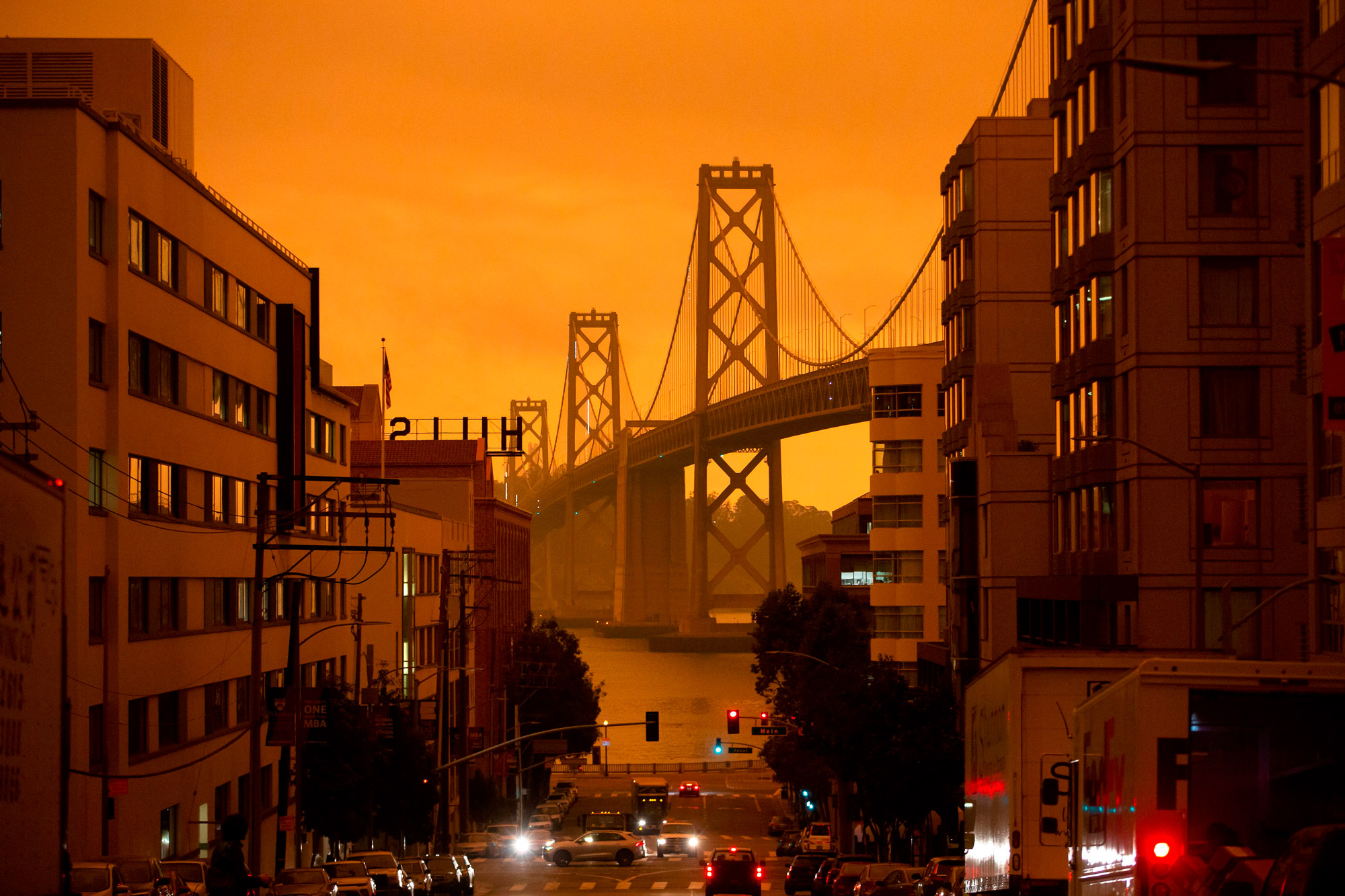 The San Francisco Bay Bridge is seen along Harrison Street under a smoke-filled sky in San Francisco, California, on September 9. Brittany Hosea-Small/AFP/Getty Images

The winds have died down, improving wildfire conditions across California. Dry weather will continue to prevail, though, as wildfires continue to produce a smoke blanket across much of the state. This smoke is having an effect on the weather forecasts across the region, typically reducing what would be higher temperatures.

“Don’t be surprised by high-temperature forecast busts in this regime,” the National Weather Service in Hanford said.

The smoke from the fires in the region will not only continue to make for poor air quality; it will also hamper the temperature forecast in the region. Thicker smoke will make it cooler than the temperature should be because of the blocked the solar insolation, the Hanford weather office said.

Unfortunately, the dry weather conditions, one ingredient for fire growth, will continue across this region.

Across the Los Angeles metro, temperatures are forecast to be above normal through the weekend. But, wildfire smoke in the area could keep temperatures closer to normal, says the National Weather Service in Los Angeles.

Winds will remain offshore but are not forecast to be a strong as Wednesday’s winds.

Smoky and hazy conditions will likely prevail in the San Francisco Bay Area through the week’s remainder, says the weather office in San Francisco.

Thursday morning smoke was still mixing in with fog and a deep marine layer of clouds.

It could be another day with a similar-looking sky to yesterday’s, that had a similar hue to that of the Golden Gate Bridge.

Fire conditions are improved today across Northern California, but the smoke is likely to hang around. Friday and Saturday could see reduced smoke concentration allowing temperatures to rise a bit higher than average. But this highly depends on the direction of the wind and how much smoke remains over the region, says the Sacramento weather office.

You can check the local forecast here.