Delta Air Lines brings back beer and wine on flights 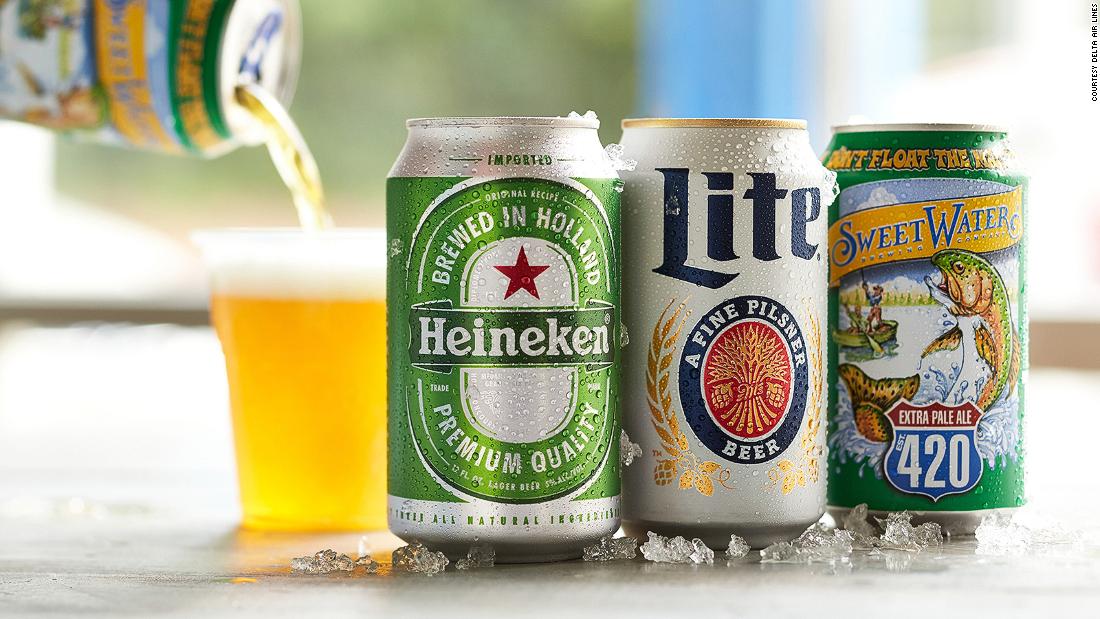 (CNN) — Delta Air Lines is restoring wine and beer options across most of its US flights three months after it eliminated the options as the pandemic began to cripple demand for air travel.

With the rollout beginning July 2, passengers sitting in its two premium cabins — First Class and Comfort+ — will soon have the complimentary option of single-serve bottles of red and white wine, or a choice of Miller Lite, Heineken and SweetWater beer, on flights farther than 500 miles. The rollout will be gradual and alcohol won’t be available for passengers sitting further back in Main Cabin. All customers will still get a snack bag that includes a bottled water.

“We know beer and wine are the adult beverages our customers want most,” said Allison Ausband, Delta’s senior vice president of in-flight service, in a release. “These selections are the first step towards a normalized beverage offering while we continue to keep customer and crew safety at the center of everything we do.”

However, Delta spokesperson Olivia Mays tells CNN that this latest move is not in response to the other airlines’ drinks suspension. “It’s been in the works for over a month now, so we’re really been focused on figuring out the best way to serve”, she says.

Beverages were dropped abruptly from the service in March because the airline wanted to minimize interaction between flight attendants and passengers, but it has now worked on procedures to safely give the drinks to customers.

Flight attendants will deliver the drinks on a serving tray because they “have fewer touch points than other adult beverage options and are individually contained” the carrier said in a release.

“You’re not mixing a drink or throwing a lime into a gin and tonic,” explains Mays. “These are what we feel are good first steps.”

As for spirits, soft drinks and a larger selection of snacks or meals, Delta said it’s still evaluating when those could return. Likewise, there is no date in sight for when alcoholic drinks will return to the Main Cabin service.

One reason it might not be in a rush to restore the full menu is preserving much-needed money.

The airline expects second-quarter revenue to drop 90% and aims to reduce its daily cash burn to $40 million by the end of June, compared to $100 million at the end of March.

As with other airlines, the wearing of face masks is mandatory on Delta flights, other than when eating and drinking, so we’re still a while away from the easy ambiance of days past.

There is some consolation to be found in the extra cabin space that comes with enforcing social distancing.

Delta has capped the number of people allowed to book seats on flights at 60% in Main Cabin and 50% in First Class, while blocking the ability to select middle seats. That will be in force through to at least September 30.