Democratic challenger in North Carolina’s Senate race apologizes for romantic texts to a woman who is not his wife. – The New York Times 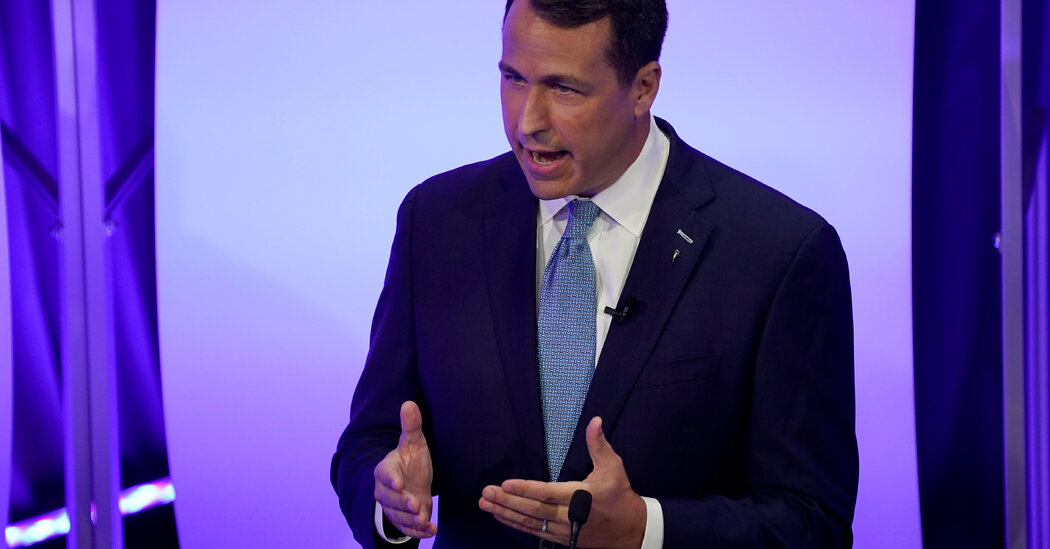 Cal Cunningham, the Democratic former state senator and Iraq war veteran who is locked in a closely watched and tight race to unseat Senator Thom Tillis of North Carolina, a Republican, apologized on Saturday after a report that he had exchanged romantic text messages with a woman who is not his wife.

Screenshots of some of the text messages first emerged on Thursday; the Cunningham campaign confirmed their authenticity on Saturday morning. In the messages, Mr. Cunningham, who is married and a father of two teenagers, calls the woman “historically sexy,” the two discuss kissing each other and Mr. Cunningham says he had dreamed about his time with the woman.

It is not clear when exactly the messages were exchanged, but they allude to “crazier fall schedules” and Mr. Cunningham writes that he is “nervous about the next 100 days.”

“I have hurt my family, disappointed my friends and am deeply sorry,” Mr. Cunningham said in a statement on Saturday morning. “The first step in repairing those relationships is taking complete responsibility, which I do.”

Mr. Cunningham added that he was humbled and grateful for the support he is receiving from North Carolinians, and that he would “continue to work to earn the opportunity to fight for the people of our state.”

The revelation about Mr. Cunningham’s exchanges comes roughly a month before Election Day and adds a new element of uncertainty into a critical race that had already been thrown into disarray on Friday, when Mr. Tillis announced that he had tested positive for the coronavirus and would quarantine at home for 10 days. In a statement, Mr. Tillis said he had “no symptoms” and felt “well.”

Mr. Cunningham said he would get tested after debating Mr. Tillis a day earlier, and wished the senator a “quick recovery.”

North Carolina is critical battleground state that Democrats have long eyed as they seek to pick up multiple seats in the Senate and wrest control of the chamber from Republicans. A New York Times/Siena College poll last month showed Mr. Cunningham leading the race by five percentage points.

Democrats are likely to lose one Senate seat they currently hold in Alabama, where Senator Doug Jones is a long shot. If Mr. Jones were to lose, they would need to secure four seats currently held by Republicans to get to 50, which would give control of the Senate if Joseph R. Biden Jr. is elected president and his running mate, Senator Kamala Harris, could break ties in the chamber.

Democrats appear to be within range of that goal, as polling has shown their candidates leading in Senate races in Arizona, Maine and Colorado, in addition to North Carolina. Democratic candidates are also competing aggressively in other Senate contests in states President Trump won handily in 2016, including places like Iowa and South Carolina.