The document shows a judge signed off on the search of the 67-year-old’s unkempt apartment on the morning of April 8 and the probe was conducted the same day.

Los Angeles Sheriff’s Department Detective Kevin Hom, who wrote the warrant, said the justification for searching the property was that it ‘tends to show a felony has been committed or that a particular person has committed a felony.’ 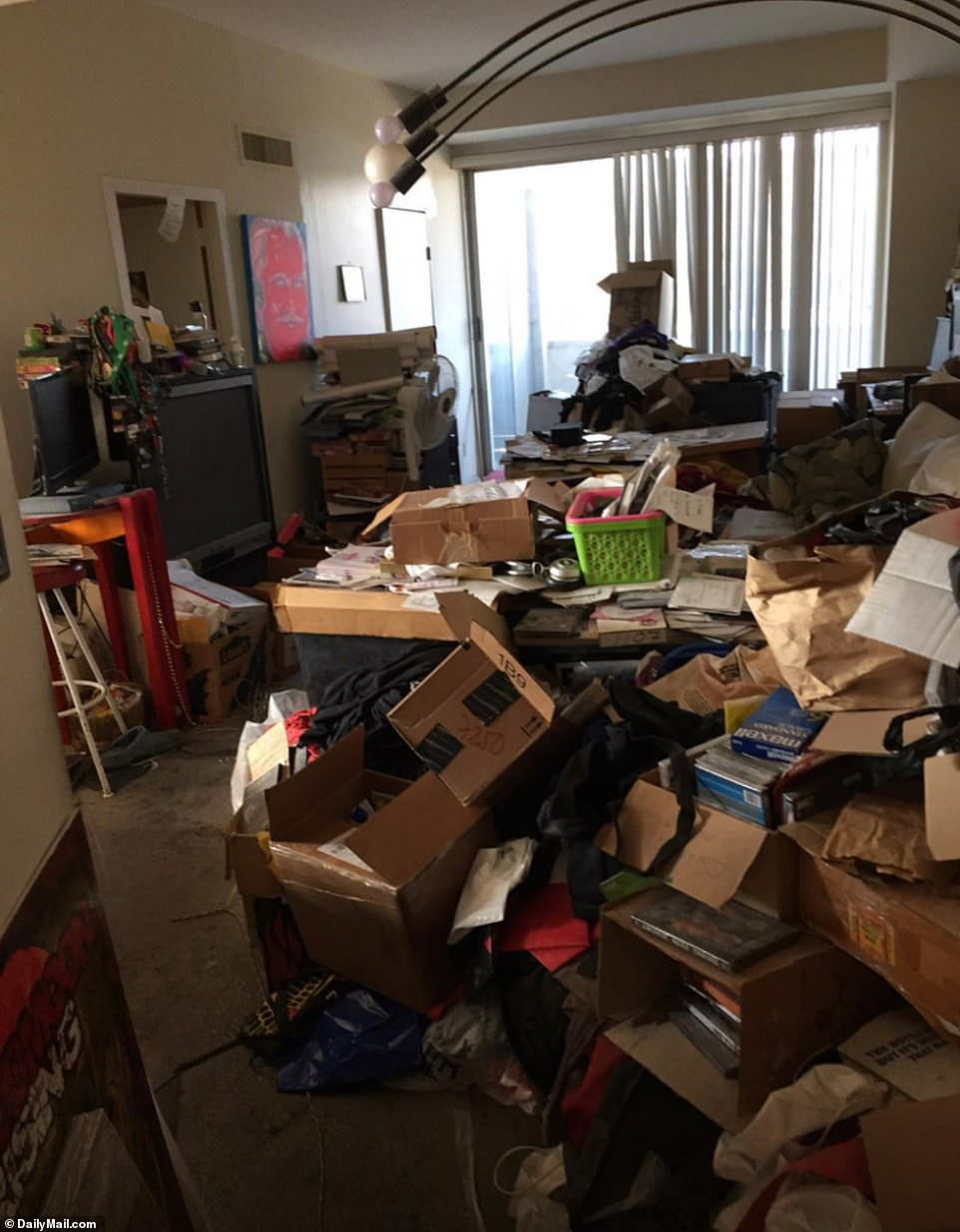 Jeremy now faces 28 total counts of sexual violent in LA county and if convicted could face 250 years to life in prison.

In the document obtained by DailyMail.com, Det. Hom said he was looking for a ‘handwritten note on a napkin stating something similar to ”Don’t take women into bathrooms. If you are going to take woman somewhere nice, you need to take her to a nice hotel and not make her feel gross in the bathroom.”’

The detective wrote he was also searching for a ‘handwritten note from [a woman’s name] stating something similar to ”He made me squirt”.’

The warrant said police were looking for Jeremy’s photographs of two of his alleged victims, who have not been publicly named and DailyMail.com has chosen to keep anonymous.

The warrant was signed off by Judge Wendy Segall of the East Los Angeles Judicial District.

A woman who met Jeremy in 2017 said she went to his rundown one-bedroom apartment to use the restroom and was so shocked by what she saw she began snapping pictures – exclusively obtained by DailyMail.com this month. 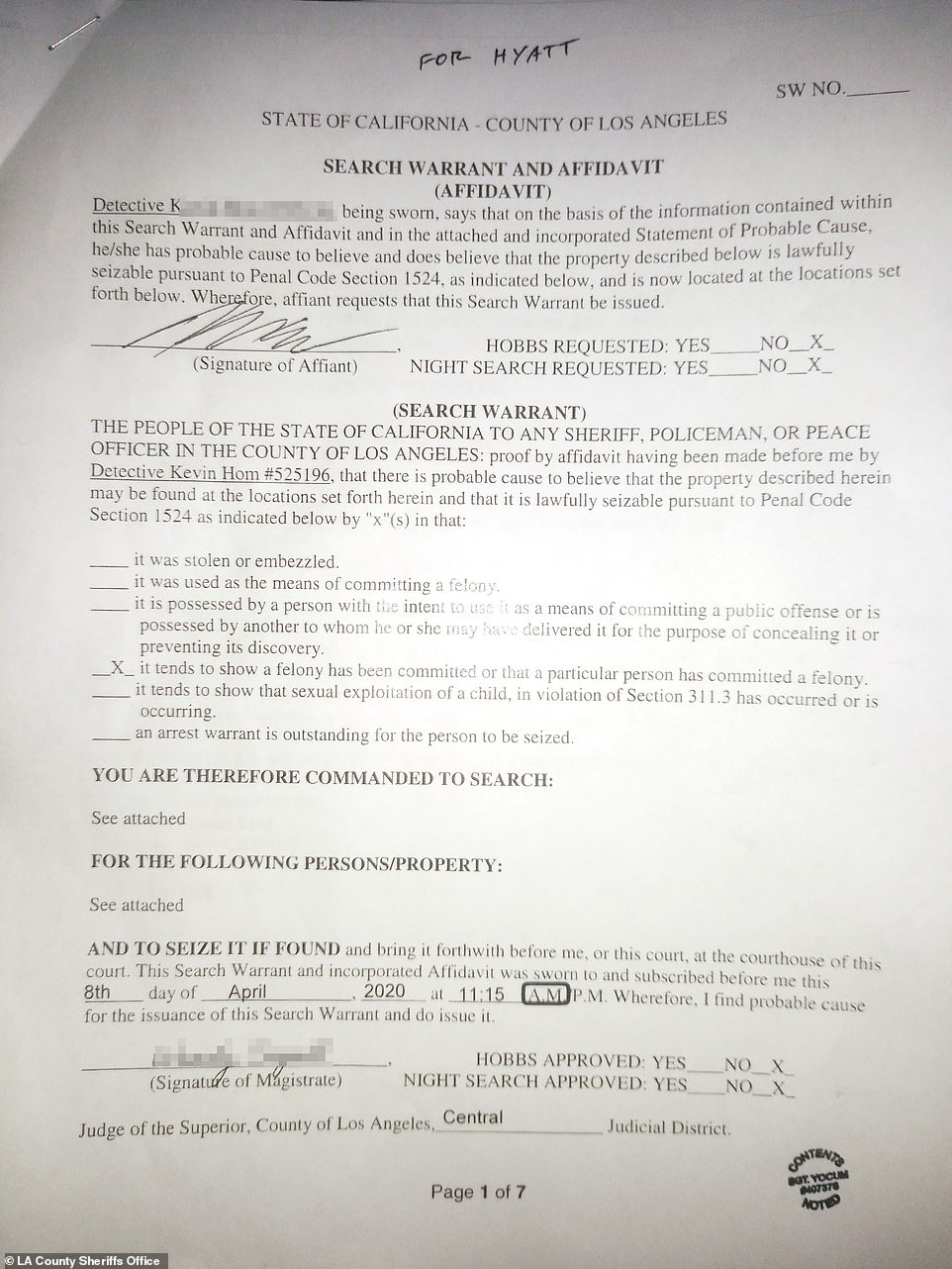 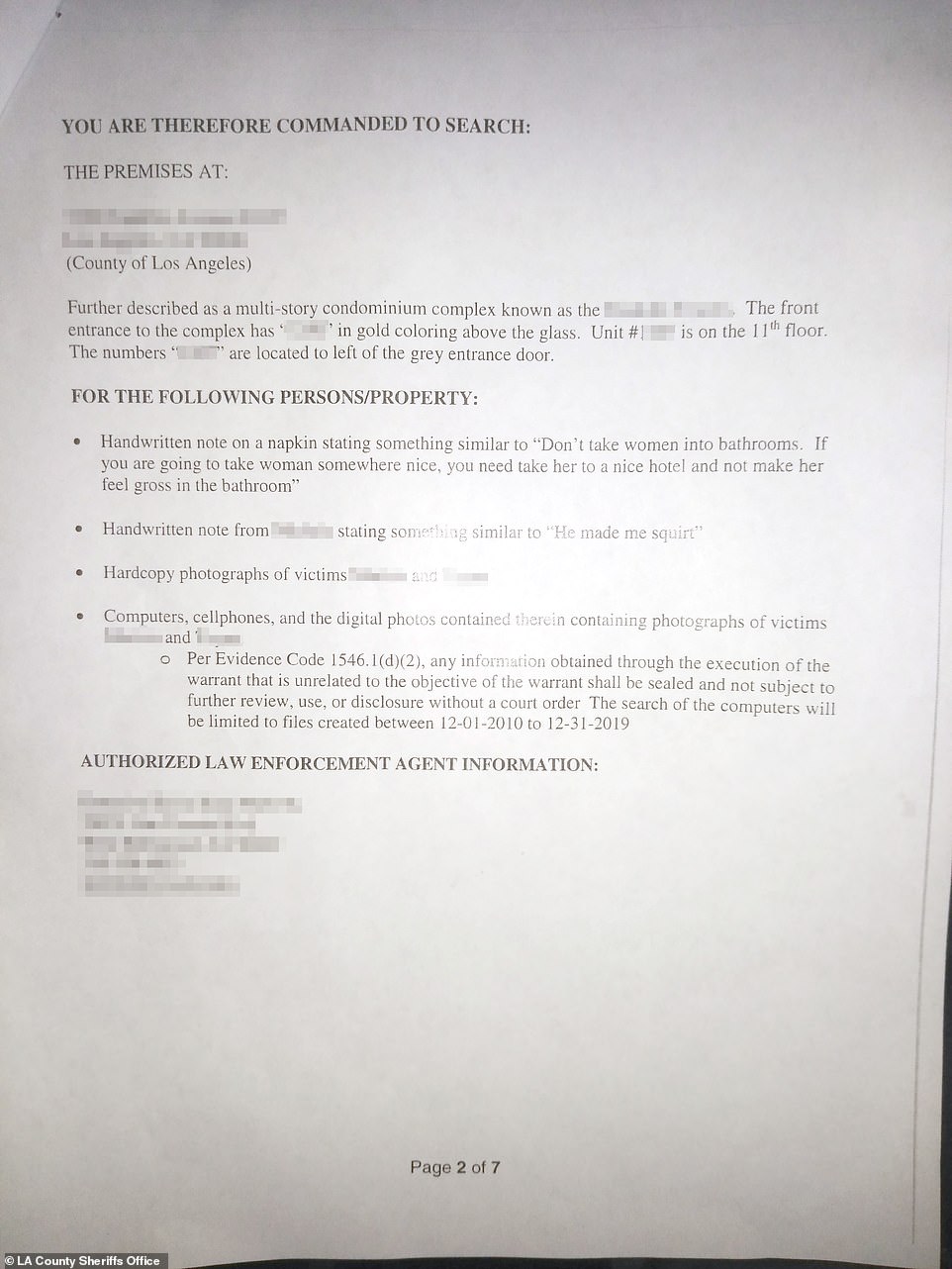 Detectives searched his apartment for handwritten notes saying ‘don’t take women into bathrooms’ and ‘he made me squirt’, a search warrant reveals

‘It was disgusting, I was so shocked. You could hardly open the front door and you couldn’t get in the bathroom at all,’ the woman said. 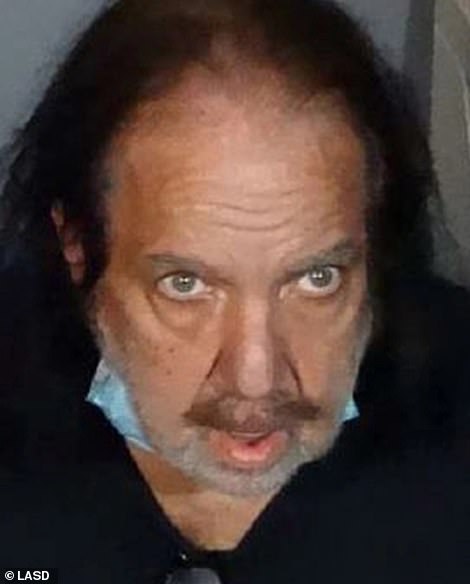 Jeremy, who has appeared in over 2,000 adult movies, was arrested on rape and sexual assault charges in June (seen in his mugshot)

‘I honestly thought he was on that show Hoarders. There were cans of roach spray left on the side, piles of medication, books, DVDs, paperwork and he had pet turtles.’

Photos show Jeremy’s lounge filled with dozens of boxes, while the kitchen sides were filled with paperwork, used candles and empty bottles.

One corner of the apartment – which is in a high rise block called Franklin Towers – can be seen filled with medication and discarded pill bottles and prescriptions with his real name, Ron J Hyatt written on them.

Jeremy, who has appeared in over 2,000 adult movies, was arrested on rape and sexual assault charges in June.

Los Angeles County District Attorney Jackie Lacey said the adult movie star, 67, is accused of forcibly raping a 25-year-old woman at a home in West Hollywood in May 2014.

He then allegedly sexually assaulted two more women, ages 33 and 46, on separate occasions at a West Hollywood bar in 2017.

He faces a possible maximum sentence of 90 years to life in state prison if convicted. 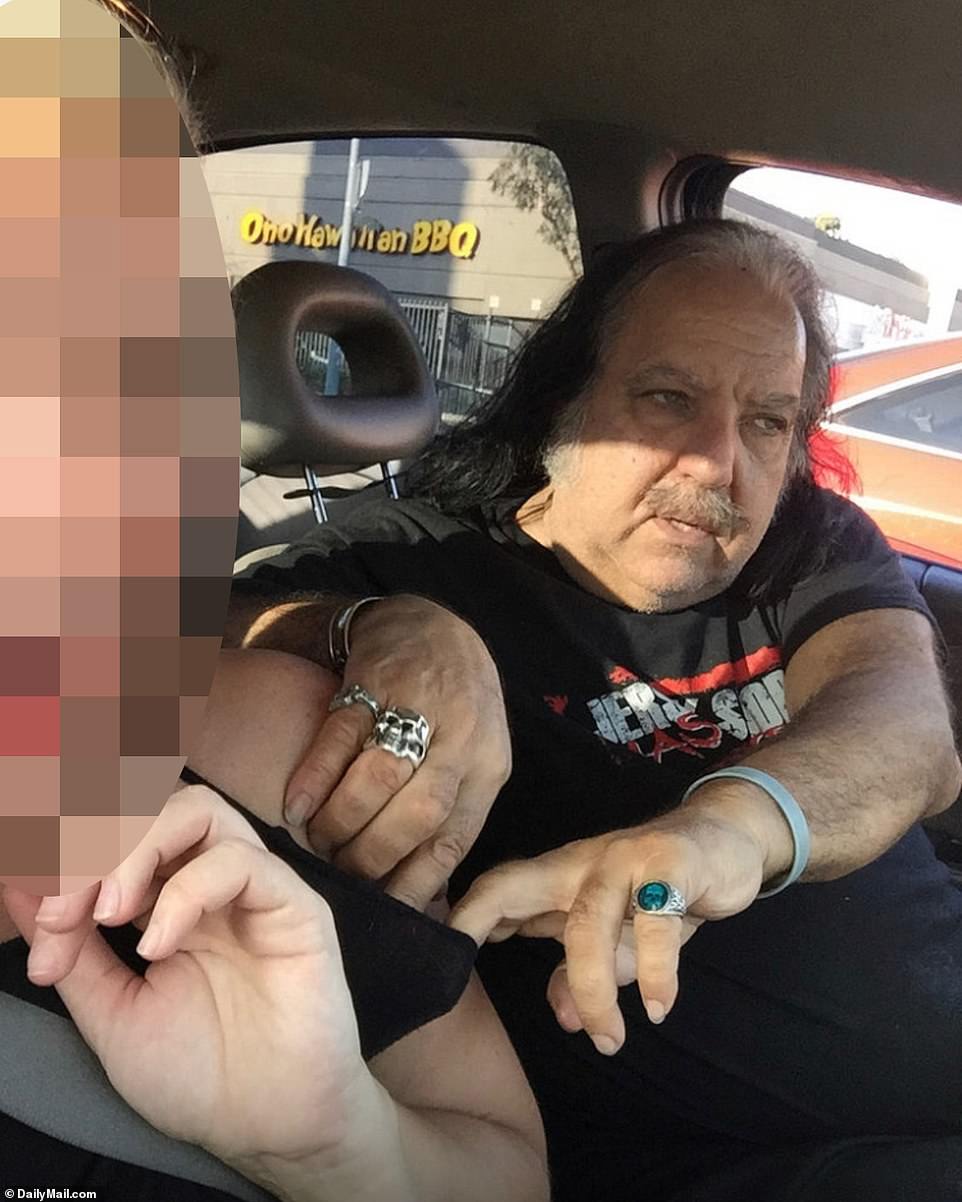 A New York woman who met Jeremy in September 2017 said she went to his apartment to use the restroom and was shocked by what she saw. The woman says she isn’t surprised about the allegations against Jeremy because he was so sexually aggressive with her and tried to grope her in her car (pictured)

Dozens of allegations ‘ranging from misdemeanor sexual battery to rape’ were also made against Jeremy in various other parts of the country.

The accusations from a dozen more women aged up to 54 years old, include a 21-year-old claiming she was assaulted outside a Hollywood business in January.  He’s also been charged with sexually assaulting a 15-year-old girl in 2004 at a party in Santa Clarita, California.

Jeremy was being transported from county jail to court for his latest arraignment Monday and will plead not guilty to the latest charges, his attorney said.

Lianne Young told the LA Times how Jeremy allegedly sneaked up behind her on the Sunset Strip one night in 2000.

According to Young, the ordeal lasted only a matter of seconds, as she fought Jeremy off her. Young, now 45, said at least three other industry execs watched the assault unfold, but none reacted.

Elle said she got into a limousine with about 10 other people, including Jeremy, and drove to a bar.

Not long after they arrived, Elle said Jeremy pulled her onto his lap. She tried to get away from him by fleeing to the bathroom but she claims he followed her in. 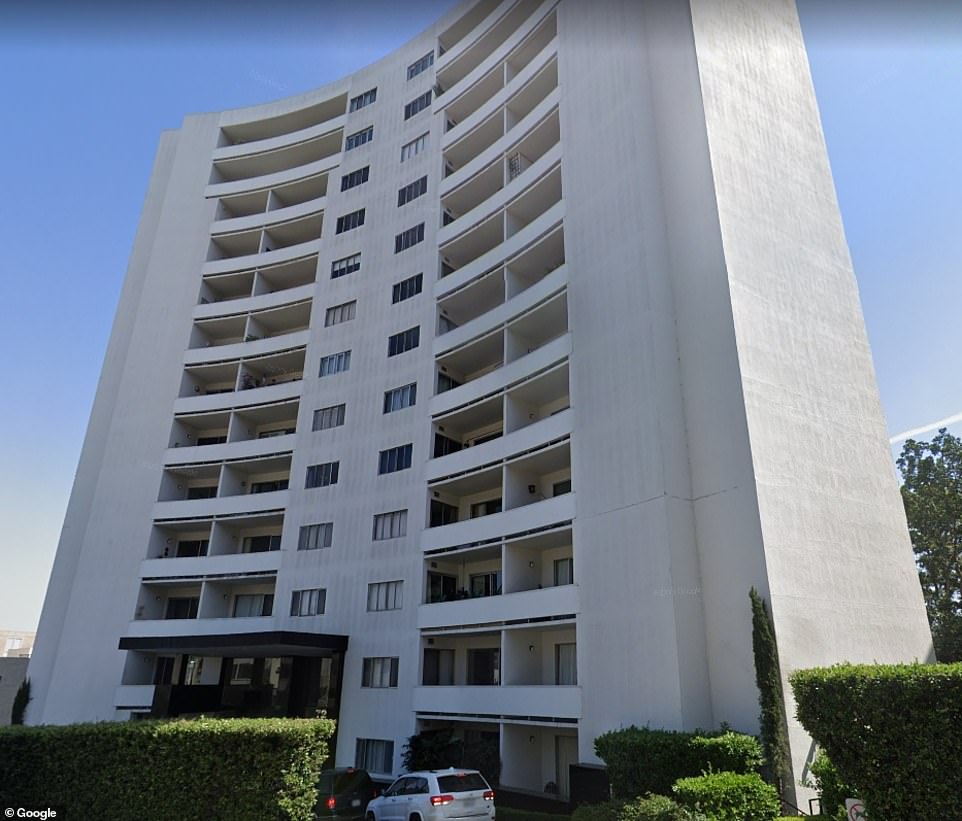 There’s barely enough room to move around in the apartment due to the junk left on the floor which is black with dirt. Pictured: Jeremy’s apartment building Franklin Towers 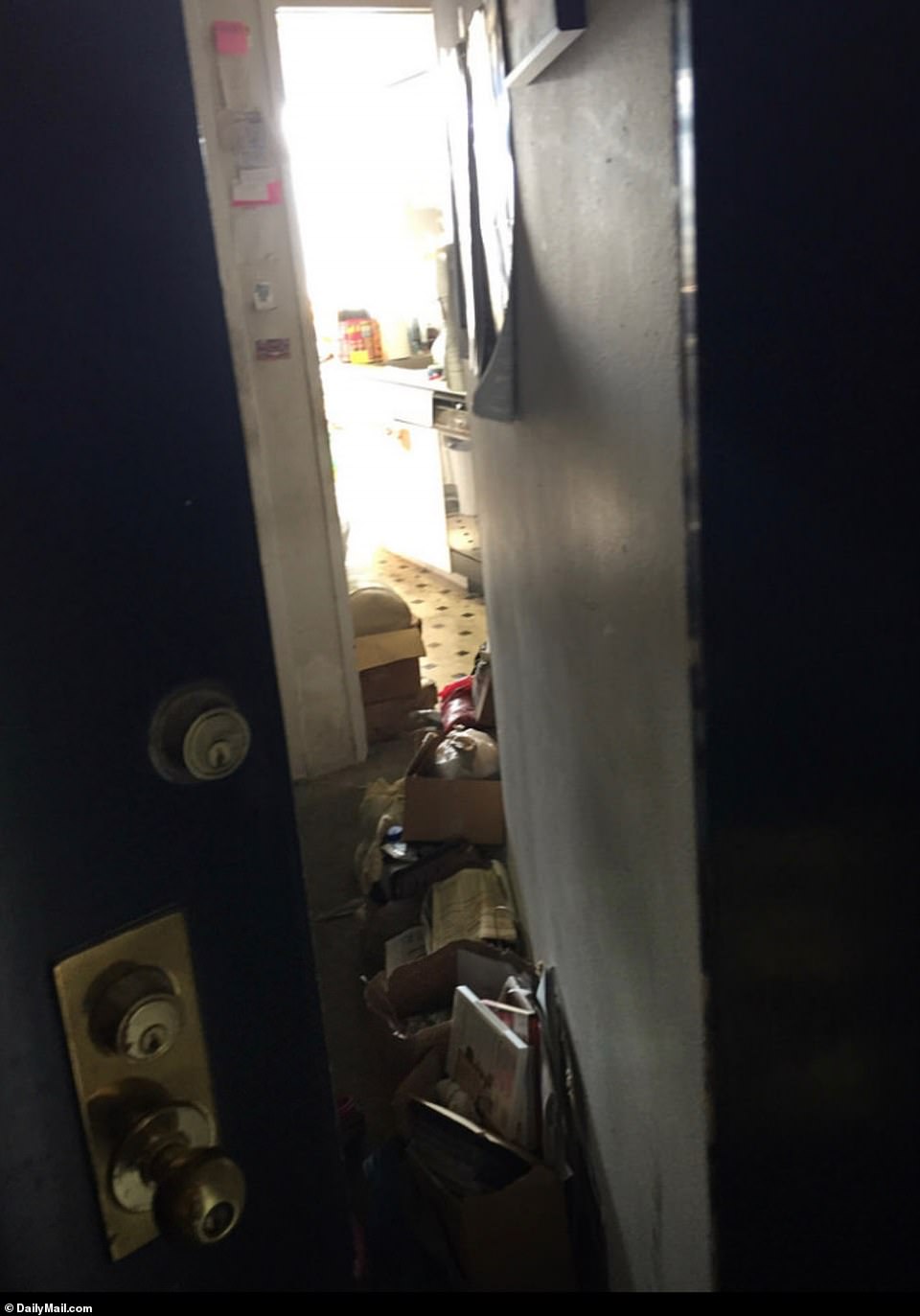 The woman added: ‘I honestly thought he was on that show Hoarders. It was disgusting, I was so shocked. You could hardly open the front door’ 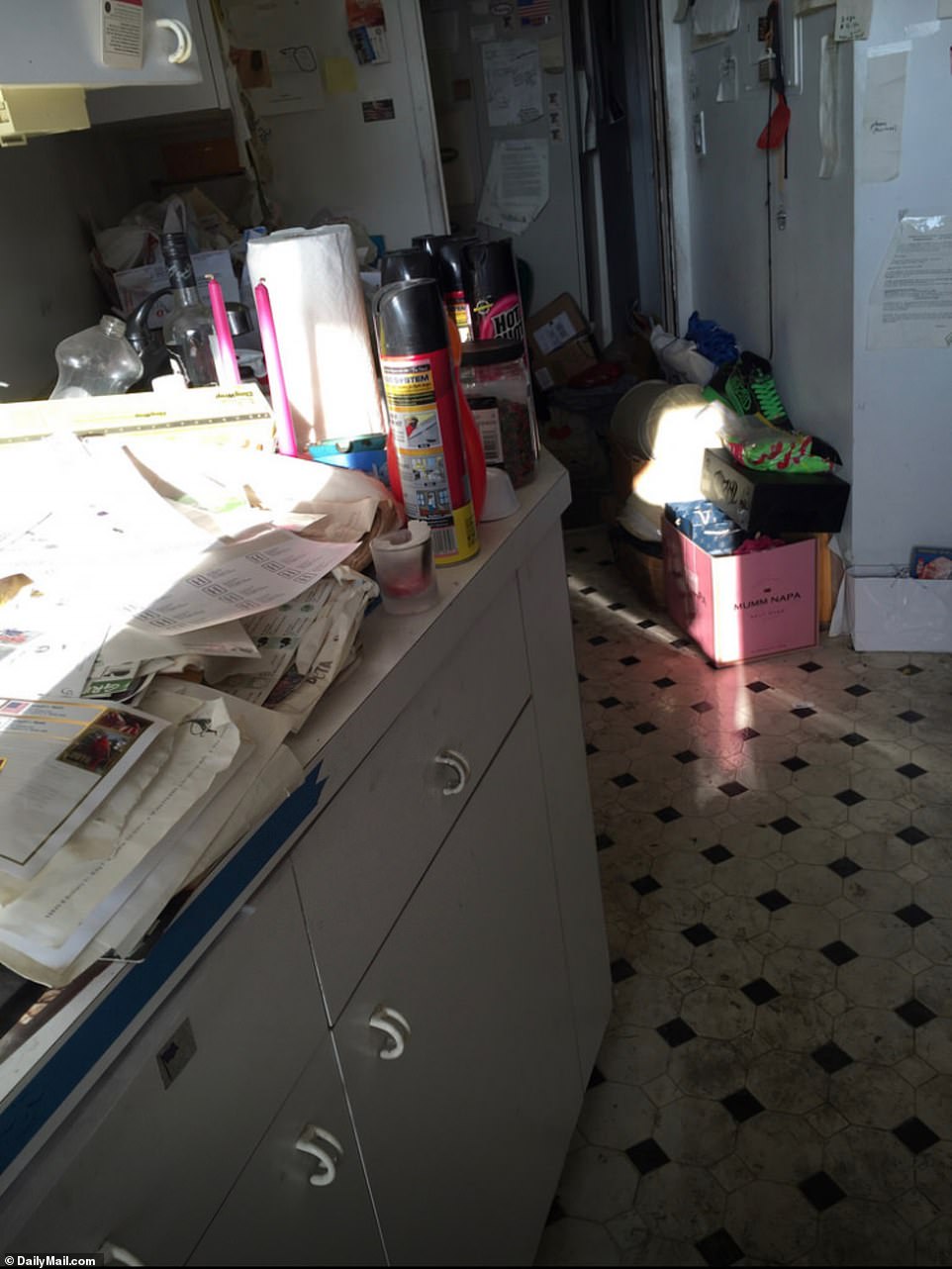 Photos obtained by DailyMail.com show Jeremy’s lounge filled with dozens of boxes, while the kitchen sides were filled with paperwork, used candles and empty bottles. 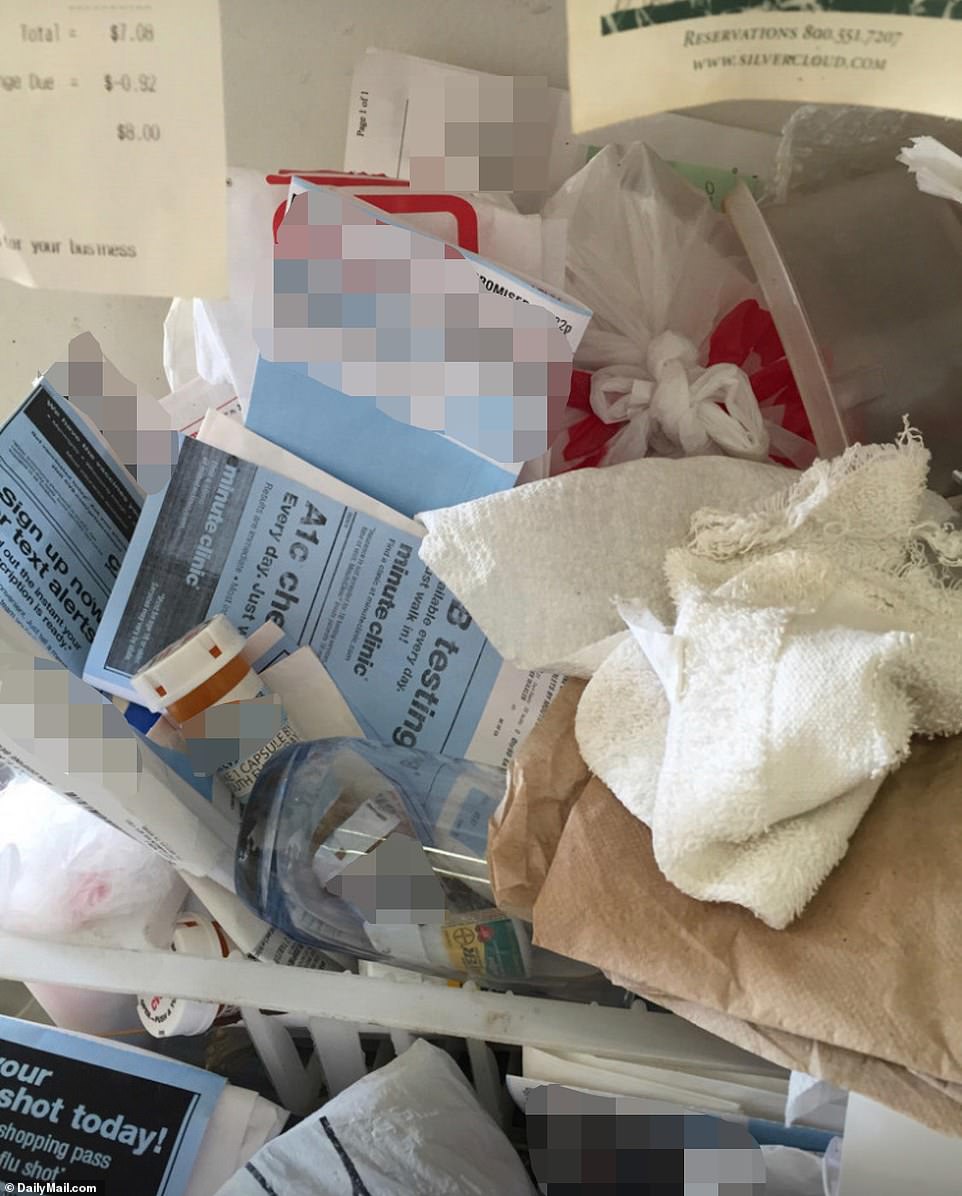 One corner of the apartment – which is in a high rise block called Franklin Towers – is seen filled with medication and discarded pill bottles and prescriptions with his real name, Ron J Hyatt written on them.

He then reportedly led her back outside where he forcibly performed oral sex on her. Elle claims that, despite the fact she was crying and repeatedly told Jeremy ‘no’, he persisted before attempting to rape her.

‘He takes his [penis] out, and I remember this vividly, I’m crying,’ she said, adding that Jeremy pressed his penis so hard against her that it left an abrasion on her genitals.

Elle said Jeremy eventually gave up and grew angry. He led her back inside the club before handing her a note that read, ‘You would cry, I hope … if I ever leave,’ she claimed to the newspaper.

‘You have everyday citizens who are already excusing and validating his sexual assaults because we work in an industry where we are ‘whores,” Elle said.