The Trump administration has reportedly signed its biggest border wall contract yet, awarding a North Dakota construction firm a nearly $1.3 billion deal to put up fencing in Arizona.

Fisher Sand and Gravel, the construction firm awarded the contract, is expected to see 42 miles of black-painted fencing erected across the mountainous terrain of southern Arizona, according to The Washington Post.

Given the deal’s $1.28 billion price tag, that works out to a cost of more than $30 million per mile.

Previously, Fisher Sand and Gravel had been passed over for other border wall construction projects.

The company’s only other major border contract, a $400 million deal to build 31 miles of border wall across the Cabeza Prieta National Wildlife Refuge southwest of Tucson, is currently under review by the Defense Department inspector general after Democratic Congress members expressed concerns over the White House’s influence on the contracting process.

On Wednesday, the DoD inspector general’s office confirmed to Newsweek that the audit was still ongoing.

The new border wall project is expected to see 42 miles of fencing erected from Nogales to the eastern bounds of the Tohono O’odham Nation, a major reservation in southern Arizona.

Leaders of the Tohono O’odham Nation have repeatedly condemned construction near the reservation, including across areas that they say have served as sacred burial sites.

The government is also facing scrutiny over the high price of the new construction project.

Part of the initiative’s high price tag might have to do with the fact that it is expected to present a number of hurdles for engineers, including steep terrain and water crossings.

In a statement sent to the Daily Star, Army Corps of Engineers spokesperson Jay Field said that “each project cost is contingent upon its unique characteristics, such as geotechnical, topographical, hydrological and hydraulic, underground utilities, final real estate access, and the cost of materials and labor.”

Trump’s demand that the border wall fencing be painted black has also added additional costs to ongoing construction, with painting expected to add as much as $1.2 million per mile to overall costs, according to contracting estimates obtained earlier this month by The Post.

The new deal was first reported on by The Arizona Daily Star, with the Trump administration yet to formally announce the contract.

Newsweek has contacted Fisher Sand and Gravel, as well as the White House, the Department of Homeland Security and the U.S. Customs and Border Protection agency and Army Corps of Engineers, which are overseeing border wall construction.

This article has been updated with response from the DoD inspector general’s office. 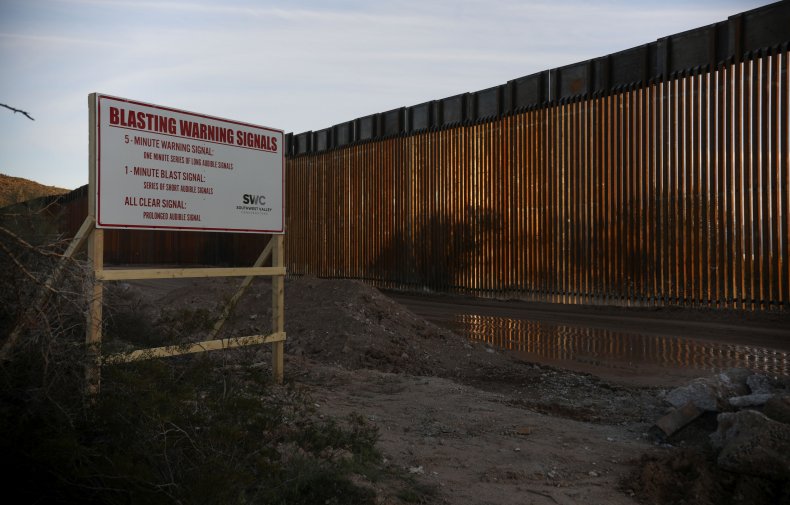