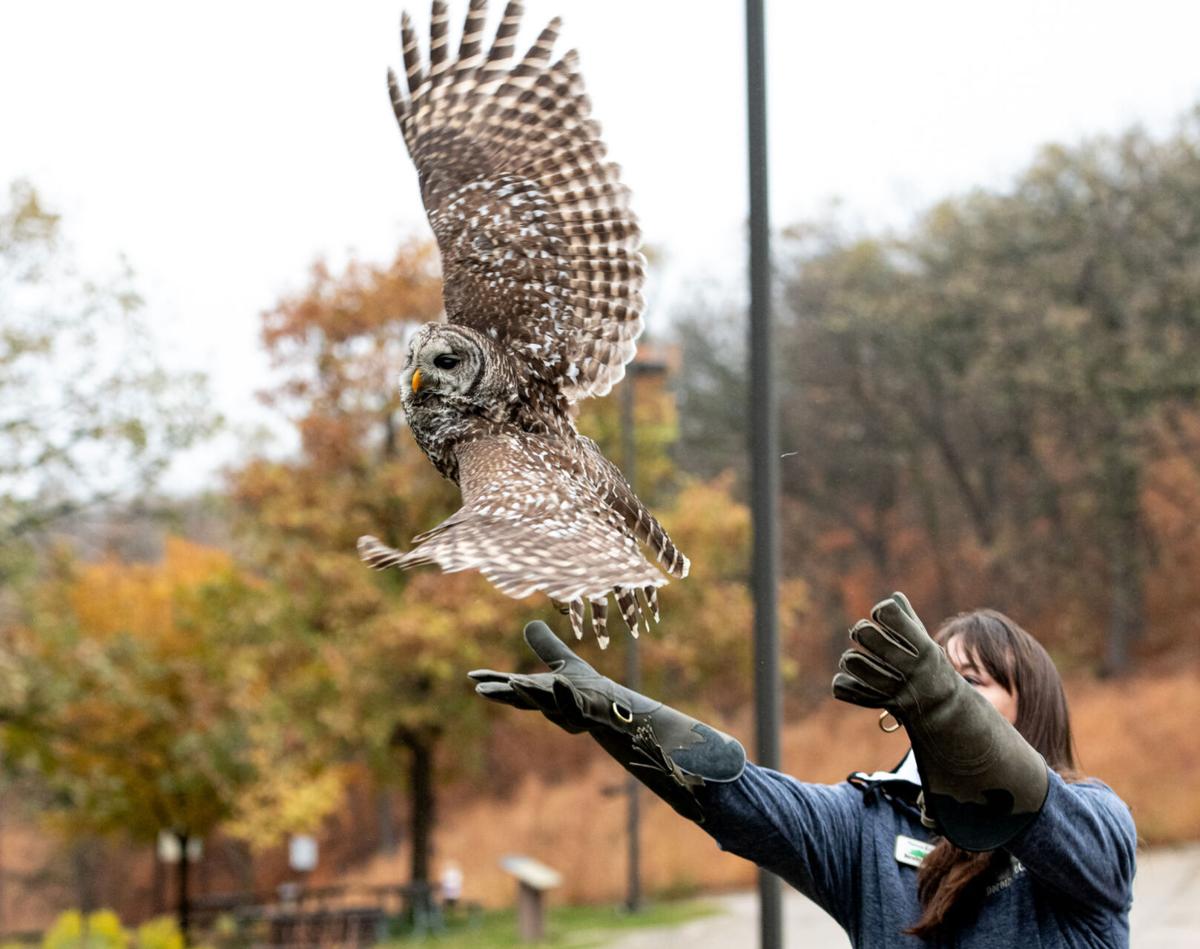 Theresa Kruid releases a rehabilitated barred owl back into the wild during the Dorothy Pecaut Nature Center 25th anniversary celebration, Thursday at the nature center in Sioux City.

The rural Woodbury County center released three rehabilitated birds of prey back to the wild –. two Broad-winged hawks and one Barred Owl. The center celebrated the 25th anniversary of its annual raptor release. Due to COVID-19, the public was encouraged to watch this year’s event on Facebook Live.

The three birds were rehabilitated by the non-profit Saving Our Avian Resources (SOAR). The broad-winged hawk was originally admitted to the Dorothy Pecaut Nature Center this summer for triage. It had a concussion and was transported to SOAR for care. The second Broad-winged Hawk had deep bruising in its leg, likely from an auto collision. It was found in Polk County. The Barred Owl that was released Thursday also was found in Polk County. Once admitted, it was found to have an old radius fracture and was near starvation.