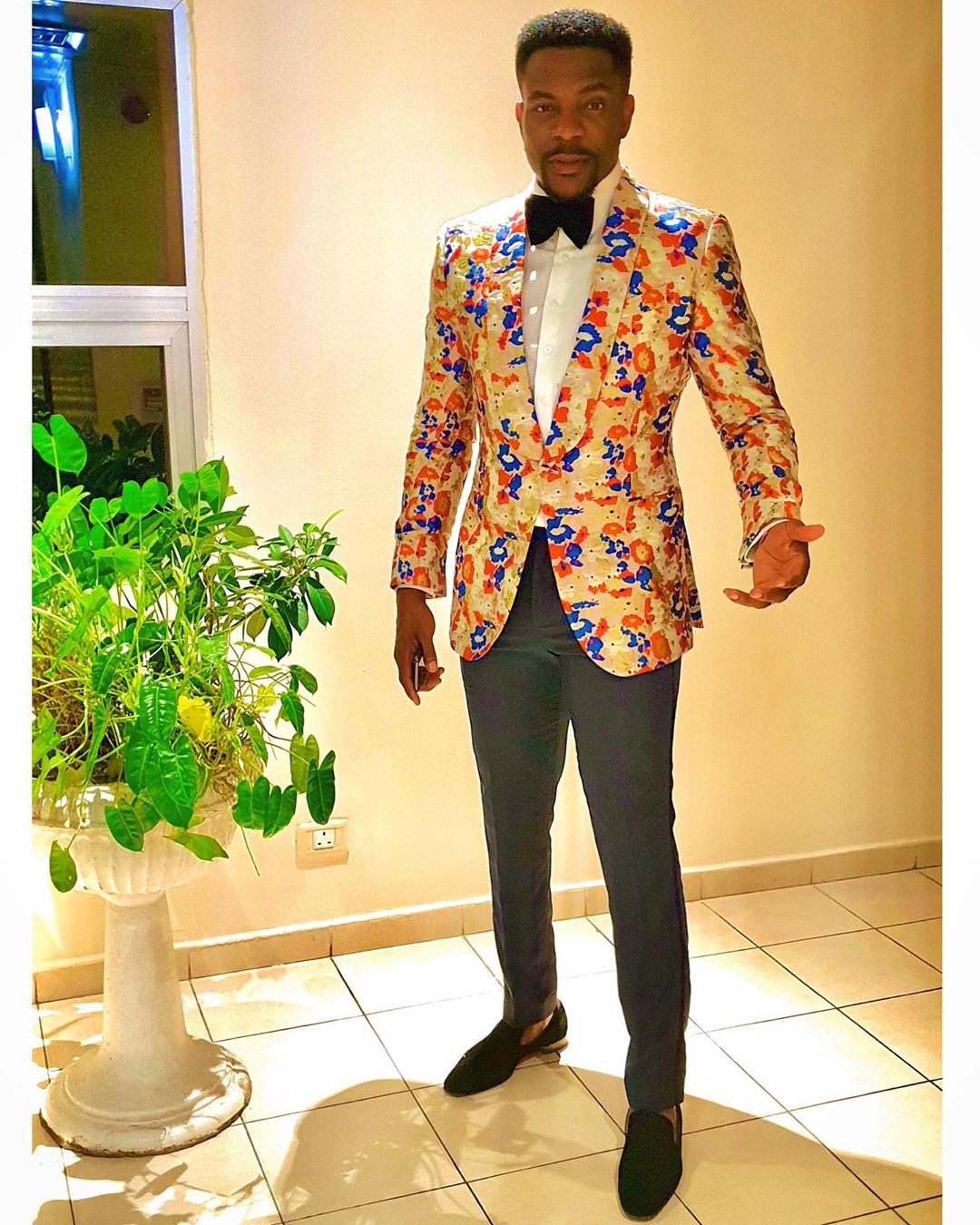 It all started when Ebuka commented on the ongoing trial of former PDP National spokesperson, Olisa Metuh, who was today, found guilty of money laundering.

Ebuka in his comment, said the whole trial of Olisa Metuh, has been one intriguing series.

Apparently displeased that he had an opinion on the case, Twitter user @JARGOFILS asked the media personality to focus on being a TV host, and Ebuka responded, stating that he will do whatever pleases him.

ALSO READ:   Sarkodie publicly apologizes to Yemi Alade, 3 years after they fell out 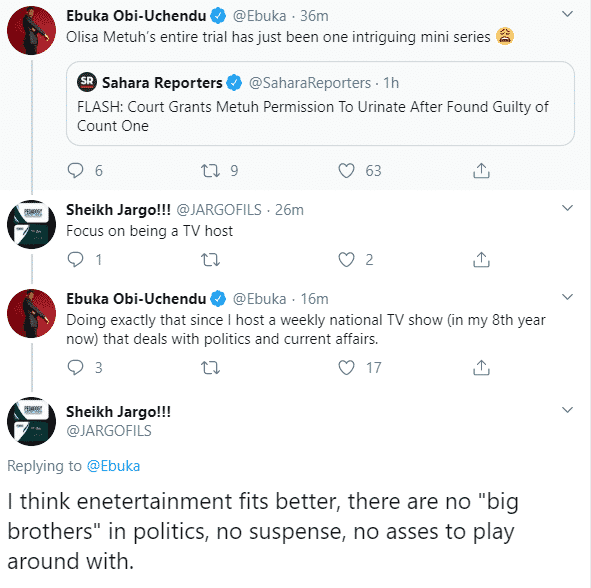