Youths in Benin, Edo State, blocked a highway to cook Jollof rice as they gathered for another day of demanding Police reform.

The protesters made a fire with firewood and placed a large pot popularly known in Bini as ‘Ege’ on it. Other protesters who weren’t cooking carried on with the protest. Some stayed on the overhead bridge, waiting for the food to get done. 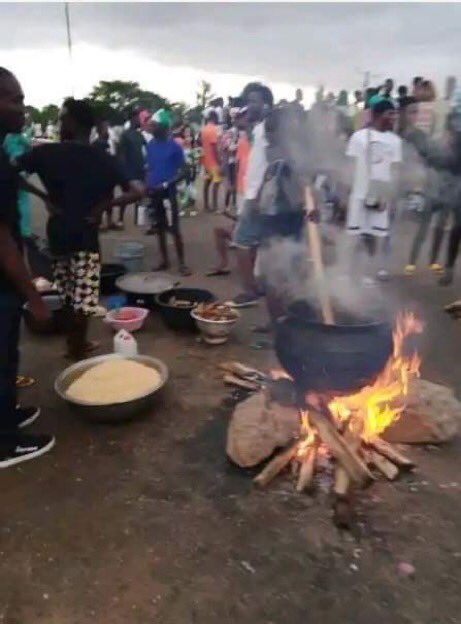