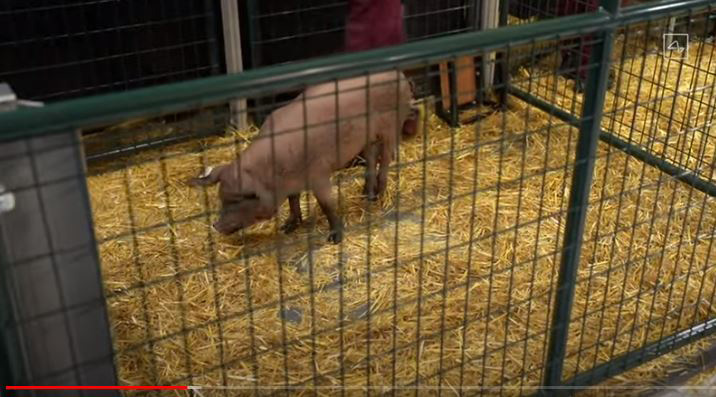 Gertrude the pig, who has had a Link VO.9 chip in her brain for 2 months (NeuraLink)

AUSTIN (KXAN) — “It actually fits quite nicely under your skull. It could be under your hair and you wouldn’t know,” said Tesla CEO Elon Musk during a Friday webcast. 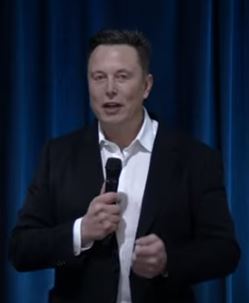 It was at this webcast that Musk unveiled the latest version of his company NeuraLink’s latest prototype, the Link VO.9 — a chip that would allow humans to control devices with their brains.

Viewers of the webcast met Gertrude, a pig that had the chip implanted in her brain two months ago. A graph shown onscreen showed the waves inside Gertrude’s brain, which fired when her brain communicated with her snout while she was eating.

Elon Musk says Tesla has received 146,000 orders for the Cybertruck since its reveal

“This is a healthy, happy pig,” said Musk. “Indistinguishable from a normal pig.”

The chip can read signals from all of Gertrude’s limbs, Musk said.

NeuraLink previously unveiled a more complicated device that sat behind the ear which was visible from the outside.

The coin-sized device would go into the skull and would actually replace a piece of skull. The scotch tape-looking flap (pictured below) is not part of the device, but is used to protect fine wires that would connect to the brain once implanted. 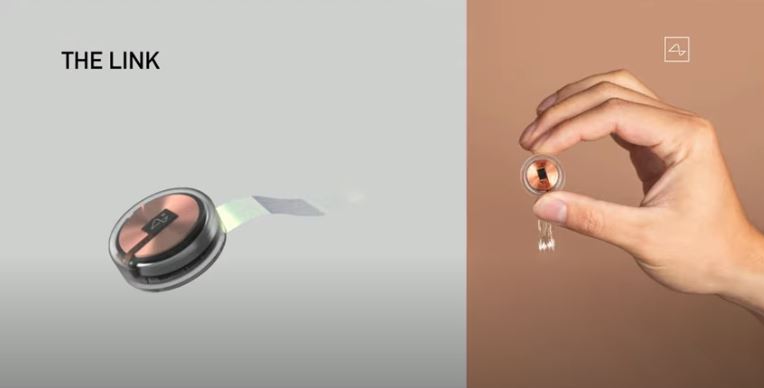 “It’s a lot more complicated than this, but a simplified version is it’s kind of like a Fitbit in your brain with tiny wires,” Musk said.

Link VO.9 would be able to connect to and communicate with a person’s mobile phone.

The company is currently working toward human trials — which should be ready soon, pending required approvals, NeuraLink said. The FDA has also designated the prototype as a “Breakthrough Device” and Musk says the company is working closely with the association.

The CEO says the VO.9 is about 100 times better than the most similar device that’s currently available.

Most Ohio teachers don’t feel safe returning to the classroom, according to survey

Getting a link put into your brain would involve an out-patient procedure done without general anesthesia — it would take less than an hour and would have to be performed by a robot.

“If the electrodes are inserted very carefully, there’s no bleeding,” he said.

Another pig, Dorothy, was shown during the presentation. This pig had a chip put in and then removed, which Musk said proves removal would allow a patient to still be healthy afterwards.

NeuraLink was founded by Musk in 2016 with the aim to explore and research connecting human brains to computer technology. In a 2019 Q&A, Musk said the device had been tested on monkeys and that the test subjects were able to control computers with their brains. 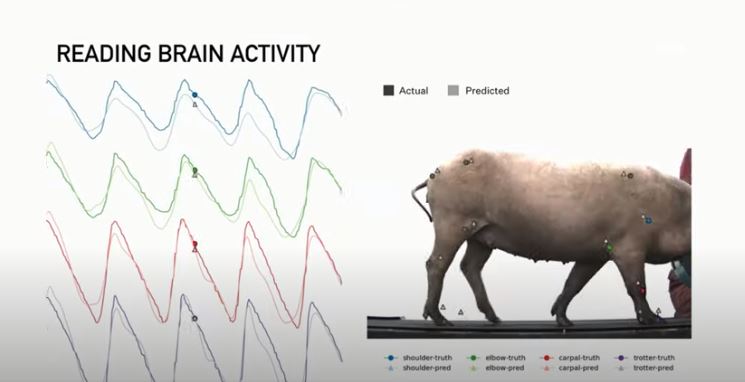 Readings of Gertrude the pig’s brainwaves, which are shown to have been predicted by the VO.9 chip (NeuraLink)

Despite the crude implementation, however, Musk says these procedures prove the technology is possible.

Currently available technology includes something called “Deep Brain Stimulation,” Musk says. These implants put a small amount of electrodes into your brain but they can’t read or write a large amount of information, he explained.

“It’s a bit like kicking the TV,” he said. “Which sometimes works. But not always.”

Despite his enthusiasm for the technology, Musk previously expressed his belief that artificial intelligence could wipe out the human race, saying: “Even in a benign AI scenario, we will be left behind.”

GET THE LATEST HEADLINES FROM FOX8.COM: