#EndSARS: Nigerians raise over N3million to buy prosthetic leg for disabled lady who joined the protest

Nigerians in less than four hours have raised over three million naira, to get prosthetic legs for a lady identified as Jane Obiene, who had joined #EndSARS protest despite her disability. 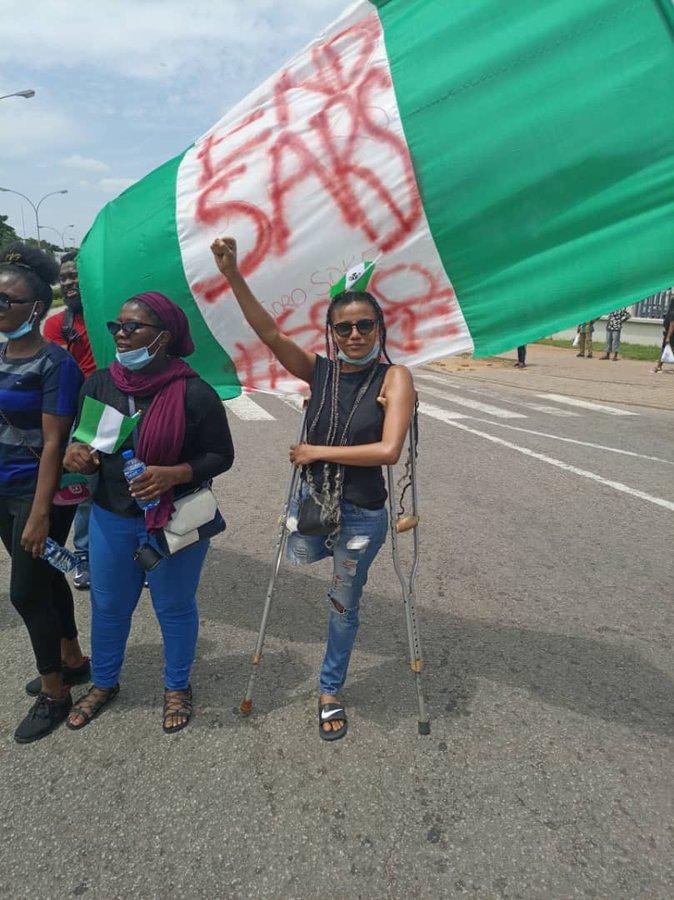 Jane Obiene won the hearts of many, after she joined the #EndSARS protest yesterday, despite having one leg and needs the support of crutches to be able to move.

Netizens described Jane as a hero, as they claimed she walked all through the protest.

A Twitter user @odobajnr wrote, “My hero for today was this lady. She walked all through the protest #Endsars”. 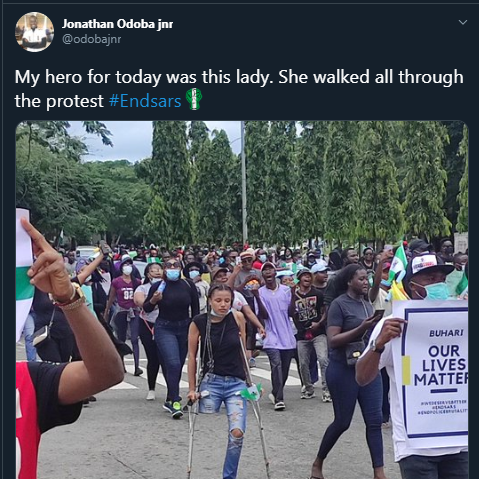 It was learnt that, Jane had been unemployed since 2013 due to her disability, but joined several other Nigerian youths to lend her voice to the call against police brutality, extra judicial killings, among other vices.

A popular Twitter user, @aproko_doctor, created a donate link for Jane with a 30 day period in mind for N500k, to get prosthetic legs for her.

“This is Jane, She’s been unemployed since 2013 partly because of her disability, she came out in the #EndSARS protests and we need to help”.

However, Nigerians in less than four hours raised over N3.7million for her. 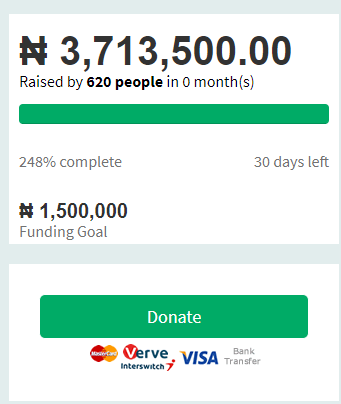 “I created the donate link for Jane with a 30 day period in mind for 500,000. I thought Nigerians were stretched thin from giving for the #EndSARS protests, Said a little prayer then posted the link, In less than 4 hours, we raised 3.2 Million naira and counting. A new Nigeria!” 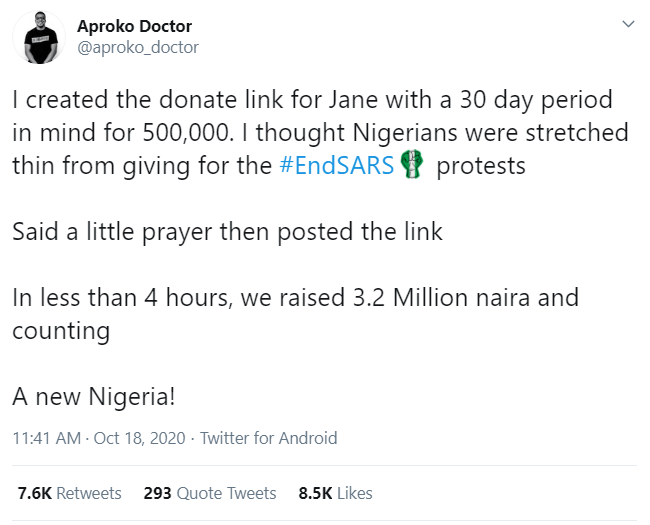 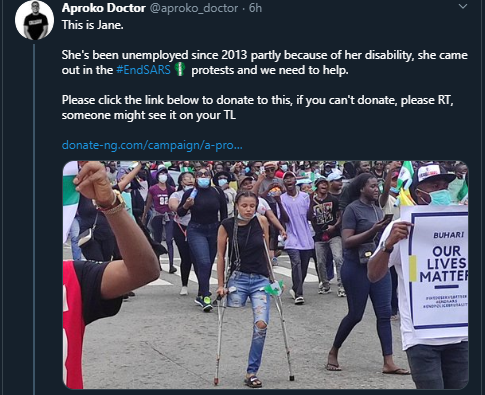 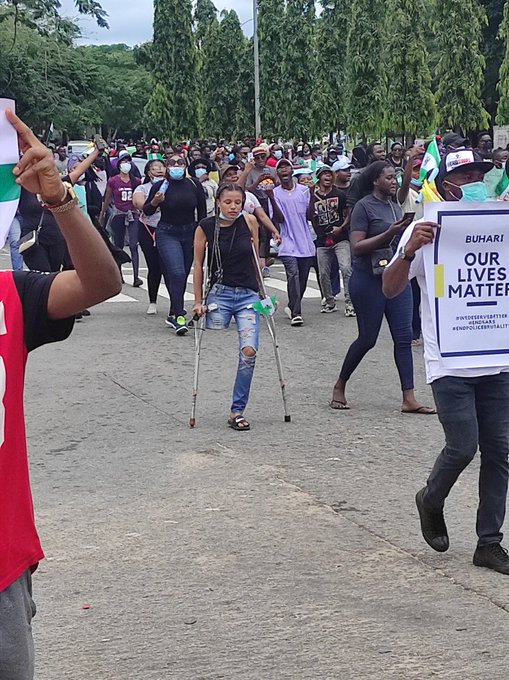