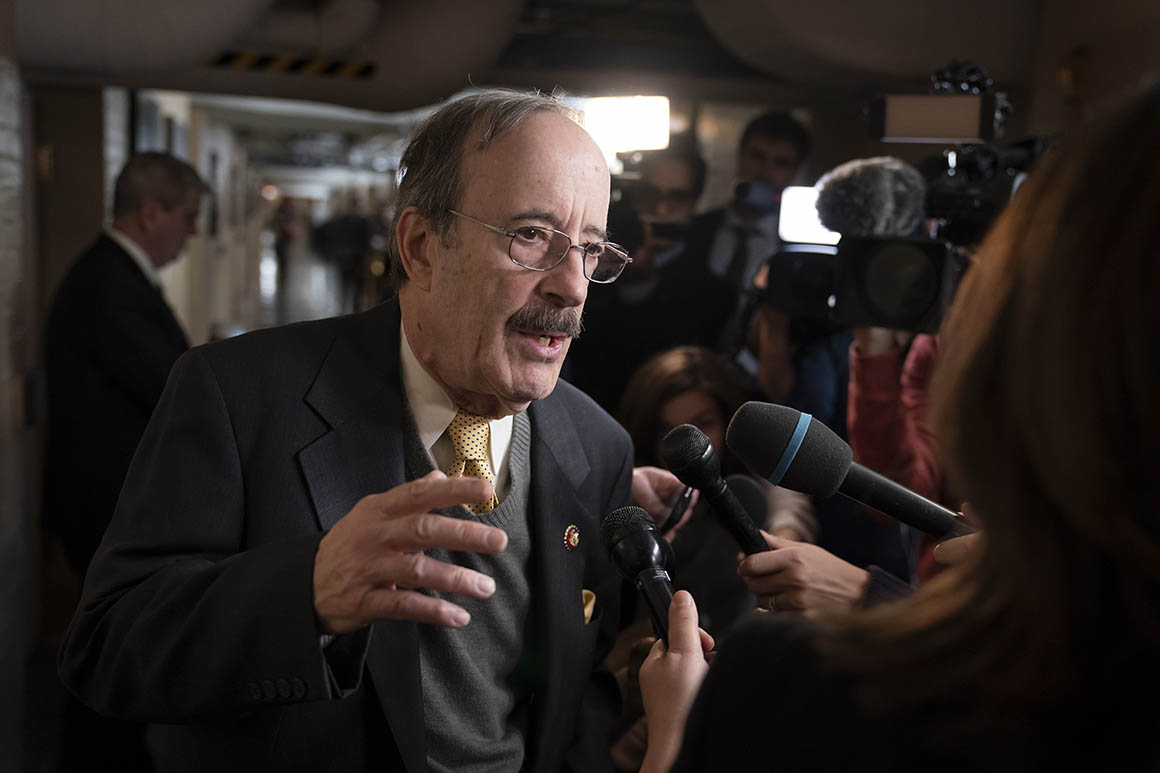 Engel’s letter comes a day after the Senate Homeland Security Committee, chaired by Sen. Ron Johnson (R-Wis.), voted on party lines to authorize a subpoena to Blue Star Strategies, a Democratic public relations firm. Johnson’s panel is probing allegations that the firm sought to leverage Hunter Biden’s position on the board of Burisma, a Ukrainian energy company, to influence the Obama State Department.

Echoing other Democrats, Engel said the allegations are “baseless” and “blatantly political,” and he slammed Pompeo for complying with the GOP senators’ probe after having ignored other House subpoenas, including during the impeachment inquiry last year.

“As the coronavirus spread from overseas and began to ravage American cities, scarce State Department resources were expended on producing documents to advance conspiracy theories damaging to a candidate for president of the United States,” Engel wrote.

Johnson and Sen. Chuck Grassley (R-Iowa), chairman of the Finance Committee, have asserted that their investigations are legitimate exercises of congressional oversight. Democrats have argued that the probes are a misuse of the Senate’s resources and are intended to boost Trump’s reelection chances. They also have said the overall effort advances Russian disinformation, citing Kremlin-aligned sources that are pushing similar claims against the Bidens.

Pompeo has been under intense scrutiny in recent days after he urged the president to fire the State Department’s inspector general, Steve Linick, who was investigating several claims of alleged misconduct by the secretary.