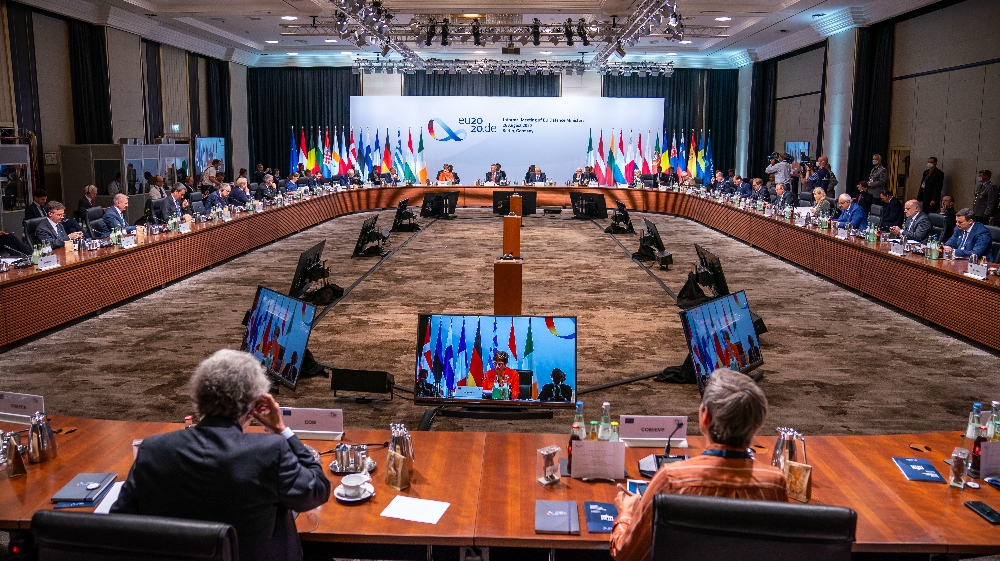 The European Union has suspended its training missions in Mali after a military coup last week removed President Ibrahim Boubacar Keita from power, according to bloc officials.

The two missions training Mali’s army and police as part of international efforts to stabilise Mali and extend the state’s authority are frozen because they were designed to support “the legitimate national authorities,” one EU official was quoted as saying by Reuters news agency on Wednesday.

Officials said the suspension was temporary and training will continue in neighbouring Niger and Burkina Faso.

It came a day after the 88-member Organisation Internationale de la Francophonie (OIF) suspended the nation from its membership.

The OIF leadership agreed on the move at an extraordinary session held via video conference, while adding that it would maintain any cooperation that would help the civilian population and a transition to democracy.

In a statement, the bloc’s Secretary General Louise Mushikiwabo called for the release of Keita and other officials detained since August 18.

West African mediators and Mali’s coup leaders are discussing the possibility of a transitional government, which could allow the EU to eventually resume training in partnership with the United Nations in a country at the heart of the fight against armed groups in the Sahel region.

Drawn up in late 2012 to help Mali’s army regain control of the country after France drove out fighters in the north, the EU military mission (EUTM Mali) has more than 600 soldiers from 28 European countries including EU and non-member states.

Its headquarters in Mali’s capital, Bamako, was targeted by fighters in 2016, although no personnel were hurt.

The EU in 2014 agreed to an additional civilian mission (EUCAP Sahel Mali), sending experts to give advice and training to the internal security forces in Mali, the police, gendarmerie and national guard.

Meanwhile, an opposition coalition that had for weeks staged rallies against Keita said on Wednesday it was willing to work with the coup leaders in a process to restore civilian rule.

“We are willing to work with this process, we came here to exchange views and to reaffirm that we have the same positions” as the military, said Issa Kaou Djim, a leading figure in the June 5 Movement, after its first formal talks with the military officers who overthrew Keita.

“We have been reassured [by the fact] that these troops are soldiers, great intellectuals. Mali, across the entire spectrum, is in a drive to bring everyone together,” he said.

The next meeting is scheduled to take place on Saturday, attended by the leader of the military officers, Colonel Assimi Goita, who did not take part in Wednesday’s meeting, according to people at the talks.