Fans worry over BBN season 3 winner, Miracle Igbokwe who has been absent on social media since December 2019.

Big Brother Naija season 3 winner, Miracle Ikechukwu Igbokwe has been off social media since December 2019 and his fans are beginning express worry over the unannounced hiatus. 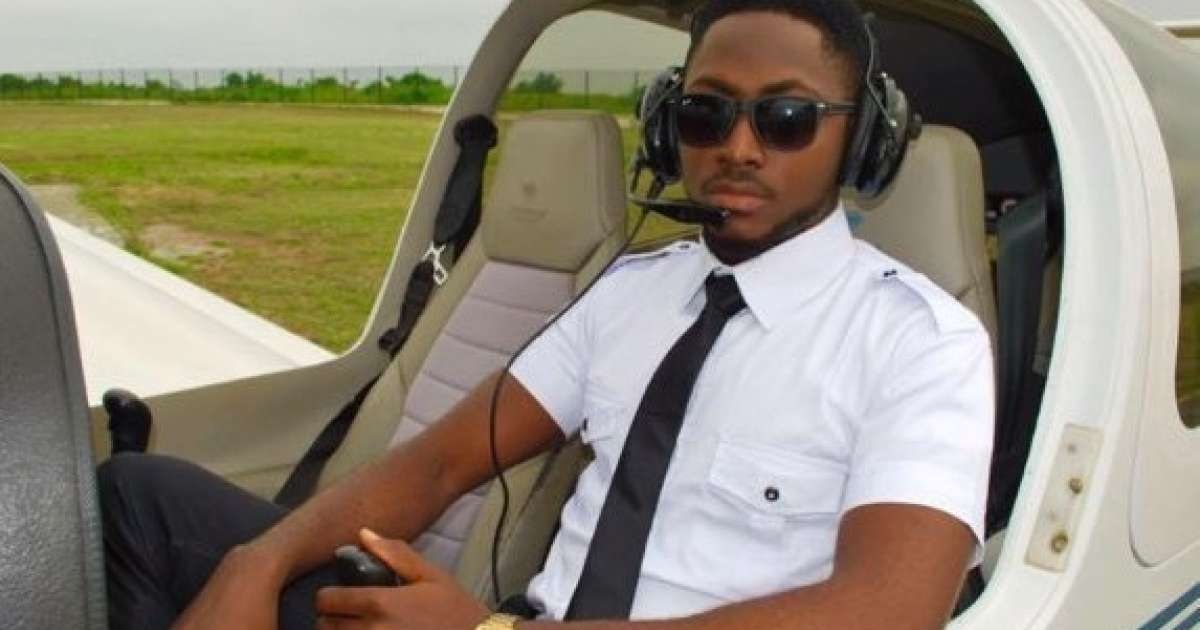 Months after emerging winner of the BBNaija “double wahala” season, Miracle traveled out to pursue his aeronautical dreams, leaving behind everything else, including the glory that came with winning the show.

Sometime last year, he happily announced that he had been qualified as a pilot instrument. After the announcement, he apparently quit social media as his last post on IG was on December 28th, 2019. 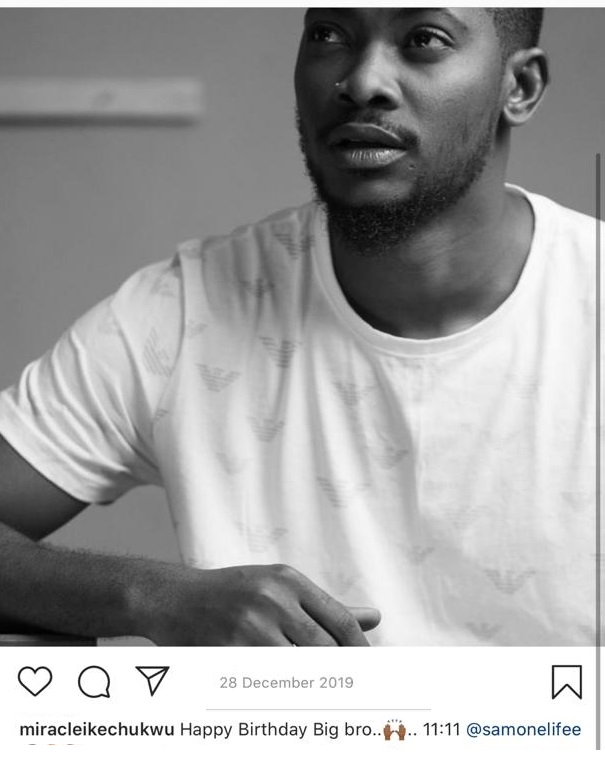 Going through the comment section of his last IG post, it can be seen that his fans have been antsy over the whereabouts of the pilot.

See some comments below ; 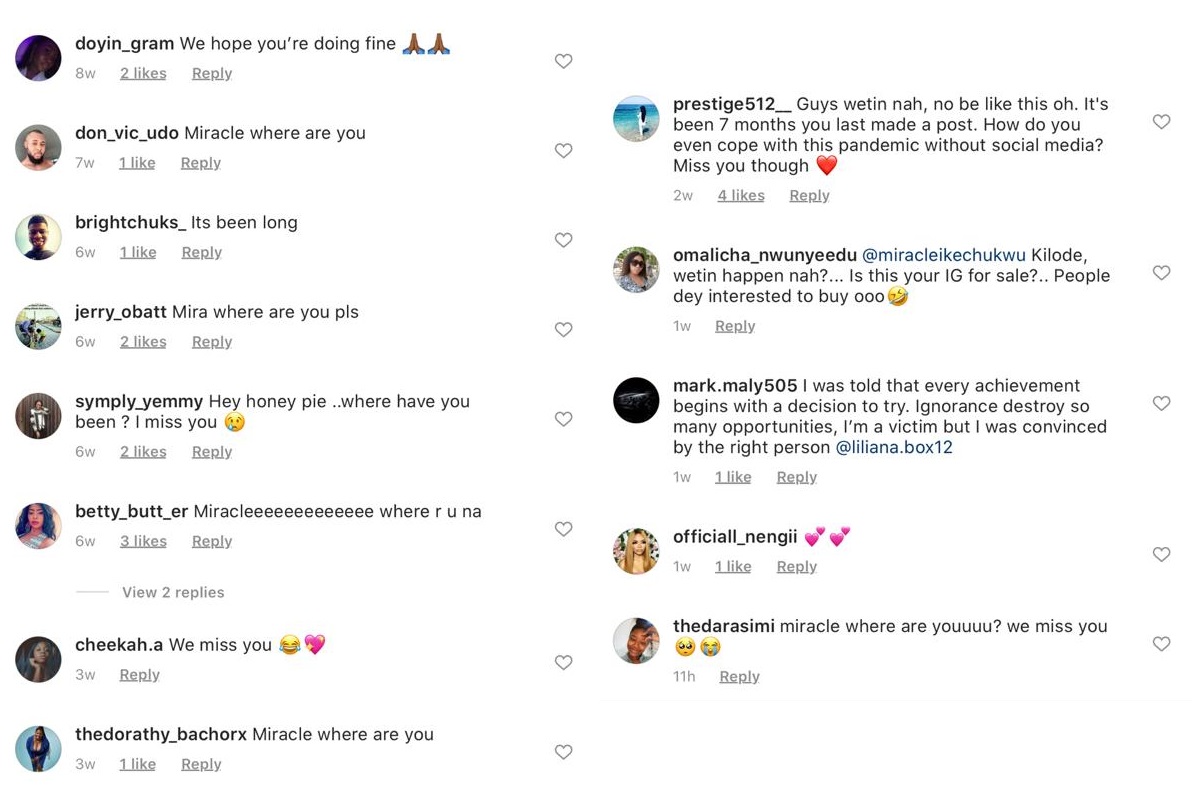